The Murder of Reporter Don Bolles 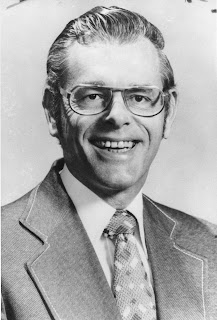 For about 14 years, reporter Don Bolles had worked at the Arizona Republic newspaper as an investigative journalist. Those who knew him agree that he was cautious -- often placing a strip of Scotch tape between the hood of his car and the fender, to ensure no one had tampered with the engine compartment. Given that he wrote investigative stories in which he, at one point, even listed 200 mafia members's names, however, he was neither seen as paranoid, nor deemed overly cautious.

Evidently disappointed that few people seemed to care about the corruption he unearthed, he began petitioning his editors for a different assignment around 1975.  By 1976 he was covering the state legislature instead.

But, perhaps his investigative skills just couldn't be resisted.

On June 2, 1976, he typed a note that he left behind in his office. According to that note, he would be meeting an informant, then going to a luncheon meeting, with plans to return  around 1:30 that afternoon.  That evening, he and his wife were planning to see a movie as part of their wedding anniversary.

He never made it to his luncheon, however, nor did he ever return to his office or see that movie with his wife. 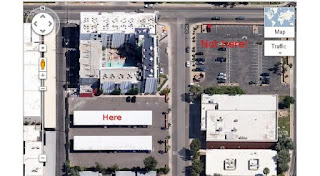 After waiting in the lobby for several minutes, Bolles got a call at the front desk.  He reportedly spoke on the phone for only a minute or two, then left the lobby and returned to his car.  While backing his Datsun out of its parking space, he was gravely injured by a remotely detonated bomb hidden beneath the car under his seat area.  The bomb blew his car door open and left him hanging part-way out of the vehicle.  According to some reports, when found, he uttered, "They finally got me.  The Mafia.  Emprise.  Find John."

Though Bolles' left arm and both legs were amputated in the hospital, he died eleven days later.

At his funeral, local citizens turned out en-masse to participate in the procession, as a form of protest against the mafia, which was largely perceived to have perpetrated the killing.

Emprise, one of the names reportedly mentioned by Bolles after the blast, was a private company that operated several dog and horse race tracks, and was a major food vendor for sports arenas.  Emprise had been investigated for ties to organized crime in 1972, and six members were later convicted of concealing ownership of a Las Vegas casino.  No specific connection was found, however, between Bolles' death and the Emprise company.

Bolles had not only investigated mafia-related criminal actions around Arizona, he had also written investigative stories about land fraud that led the state legislature to open blind trusts to public scrutiny, a move that was not wholly welcomed by powerful high-rollers in the state.

The question was: Who actually killed him and why?

The then-newly formed organization Investigative Reporters and Editors (IRE), sent a group of volunteer investigative reporters from around the nation to dig into the case.  According to the IRE,  Bolles had gone to the Clarendon to meet John Adamson.  Adamson had called Bolles saying he had information that linked Barry Goldwater and at least one other prominent state GOP member to land fraud perpetrated by organized crime.  On June 2nd, on the desk phone at the Clarendon, Adamson told Bolles his informant couldn't make the meeting. 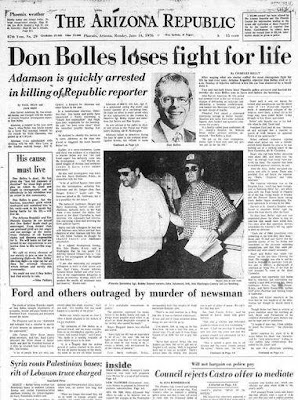 Unfortunately for Don Bolles, John Adamson was evidently not an informer, but was instead luring him into a trap.  Later trial testimony revealed that Adamson had purchased two sets of electronics, similar to those found in the bomb, while on vacation in San Diego.  Adamson, early on that fateful June 2nd, asked the parking garage attendant at the Arizona Republic which vehicle belonged to Bolles, and police later found only one set of electronics in his home.

In 1977 Adamson agreed to a plea bargain, accepting a sentence for 2nd Degree Murder for building and planting the bomb that killed Bolles, while accusing Max Dunlap, a Phoenix contractor associated with wealthy rancher and liquor wholesaler Kemper Marley, of ordering the hit.  (The idea here is that Dunlap targeted Bolles in retaliation for negative news stories he had written about Kemper Marley, which kept Kemper Marley from getting a seat on the Arizona Racing Commission.)

Dunlap and Robison were both convicted of 1st Degree Murder in 1977, but their convictions were overturned a year later.

When Adamson refused to testify in the retrial of Dunlap and Robison, he was convicted of 1st Degree Murder and sentenced to death.  The Arizona Supreme Court later overturned this verdict.

In a lengthy procedure that evidently concluded in 1993, Robison was recharged and retried, but acquitted -- though he did plead guilty to soliciting an act of criminal violence against Adamson!  (Gee!  Maybe that's why Adamson refused to testify that second time!)

Dunlap was recharged, and retried, in 1990, when Adamson finally agreed to testify again.  Dunlap was found guilty of 1st Degree Murder.  He died in prison in 2009.

Adamson died in the witness protection program in 2002, after serving a 20-year sentence.

Let's see.  We have a reporter who dug up and printed secrets about organized crime and a company involved in dog and horse racing.  But, when it comes time for trial, we have one guy who is "associated" with someone possibly prevented from getting onto the Racing Commission by Bolles's stories.  Plus a plumber who admitted he threatened the witness who said he pulled the trigger.  And a guy who wound up in the witness protection program.

Nope!  No mafia connection with this crime, is there?