A BRIEF HISTORY OF SEVEN KILLINGS, by the Jamaican writer Marlon James, came out in 2014, and won the Man Booker the following year. It isn't a mystery or a thriller, not exactly, but then again, neither is THE GREAT GATSBY. What it is, is a dark meditation, lit from below.

First off, we're talking about Kingston, which is of course one tough town, and we start by going back more than forty years, to December 1976 and the attempted murder of Bob Marley. In this telling, it's very much political, a war between two Kingston ganglords who've been bought off by each of the major parties, and a proxy fight over the next election. Marley's headlining a free concert, advertised as a peace overture, but widely seen as support for the government in power, and that this is a spoils system goes without saying. The police are corrupt, everybody feeds at the trough, devil take the hindmost. 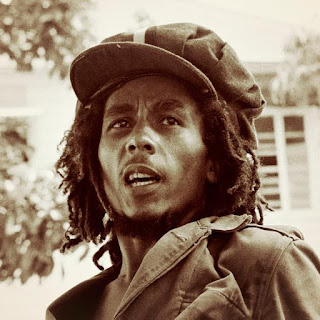 "This is the first mistake God make. Time. God was a fool to create time. It's the one thing that even he run out of." SEVEN KILLINGS covers quite a lot of time, actually, but there's a disquieting sense that time is static, and inertia (or entropy) is the only gravitational force. This in spite of the attrition rate, and the turnover in senior management, with gangs cranking up the firepower, and killing each other off. It's not like we notice measurable improvement in the quality of life. 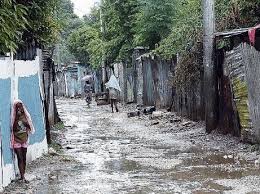 The story's told in many voices, most of them Jamaican, but a couple of outliers - the local CIA station chief, a rock groupie from Rolling Stone. One device is to have somebody speaking to us from beyond the grave, but that doesn't necessarily make them any the wiser. Each of these voices is individual, none of them are omniscient, Everybody takes it personally and nobody pulls back from the tight close-up, which is claustrophobic. Then again, it's total immersion. Like traffic slowing for an accident scene, you can't look away.

The use of dialect is supposedly a deal-breaker. So is using real people or actual historic situations in a fictional medium. The argument being that it removes a barrier, and the author's own voice intrudes, which spoils the illusion. You're being shown the mechanics, the levers and pulleys, you're made aware that the narrative isn't seamless, that in fact it's been constructed, built out of air. Both reader and writer agree to a pretense that the story has a life apart, and if the reader stubs his or her toe on the writer's building materials, it shakes their confidence. I see the point, but I don't entirely agree. It depends what kind of story you're telling. In the case of SEVEN KILLINGS, it's not so much that it depends on suspension of disbelief as that you're persuaded by the last voice you hear, and you soon realize that all the narrators are unreliable - which could mean the author's voice, as well. This is quite the tightrope walk. How the guy keeps his balance is what creates surface tension. 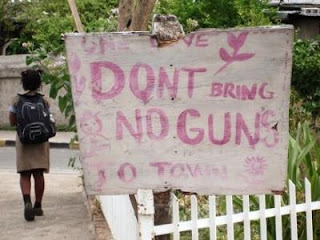 One other note. This isn't a novel that 'transcends' genre, whatever that's supposed to mean. It's a book that uses generic conventions in vigorous and unsettling ways. I've never really subscribed to the idea of low culture or high - most basically literate people know the difference between good stuff and crap, what Chesterton calls "printed matter." That being said, SEVEN KILLINGS is violent and coarse. There's nothing shy about the language. Women are manhandled with disturbingly commonplace contempt. The context is Darwinian. It adds up to a familiar noir world, although one which happens not to be invented. At least not for dramatic purposes, or a convenient shorthand. It's a world of brute force. If not the world most of us would choose to live in, it is the world many people have no choice but to live in. It isn't metaphor, or literary convention. There's no agreement to keep faith, or suspend disbelief. Human voices wake us. 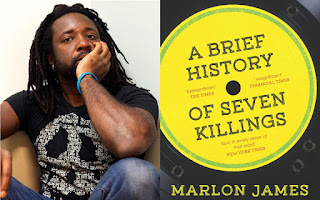 Intriguing impact. I don't think I ever knew anything approaching the details of Bob Marley's death. In life he was popular; in death he's become an icon.

In the early 80’s when a couple of us flew into Kingston to run down a cocaine fugitive who had fled to Jamaica under an alias, we stayed at an American brand hotel. The hotel was surrounded by chain-link fence with concertina wire on top of the fence. Since parts of Kingston we drove through on the way in from the airport looked like a war zone with political party slogans spray-painted on ruined walls, we were told not to go outside the wire at night.
One of our agents, who served as country attaché, lived in a villa with an armed guard. He explained there were two political parties and two main gangs, one for each party.
To aid us in our fugitive quest, the country attaché hooked us up with a couple of Jamaican federal narcs who were connected to their army. The Jamaican narcs assured us the tourist resorts on the other end of the island were safe, but don’t run any army roadblocks nor go into the hills in the center of the island at night.
After a tour of various small resorts and bed & breakfast places, we located the fugitive in Montego Bay. When he came out onto the front porch, he saw the same two agents who had busted him back home. Since we had no arrest powers in Jamaica, I took him aside and quietly explained he could volunteer to go home with us, or the Jamaican feds could arrest him and he would spend time in the Kingston prison, a not so good place, while he waited for extradition. He had seen the pitiful conditions of the prison in Kingston (from the outside) and quickly volunteered to fly home with us.
I’ve been back to Jamaica twice since then, but always on the resort end of the island. Perhaps things are better now than in Marley’s day, but I’d say the author had his background correct for his book.

I was already convinced by David Gate's review and then Mr. Lawton comes along to hammer it home. Nice job guys.