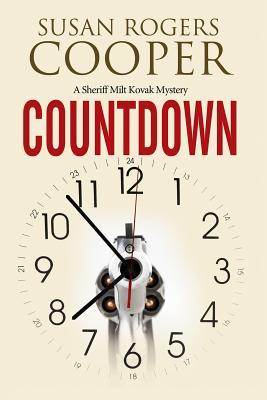 In my latest Milt Kovak book, COUNTDOWN, I told three stories that were mostly connected.  The first half of the book deals with Milt's wife and all his female employees and wives of his male employees being held hostage at what was supposed to be a surprise wedding shower.  But while this is going on, Milt's son, Johnny Mac (yes, Johnny Mac Kovak -- it rhymes, get over it) and his friends ride their bikes into the woods after a teenager who they believe is going to kill a dog he's dragging in there.

The reason why I'm telling you this:  My grandson who is eleven -- the same age as Johnny Mac in this story -- has always wanted to read one of my books.  I've always thought they were a little too adult (read boring) for an eleven year old boy.  But Johnny Mac's story has him and his friends getting caught in a tornado and having to survive.  My grandson is way into survival stories.  So I thought:  Yay, an early Christmas present!  I took the book and highlighted just the portions dealing with Johnny Mac and his friends and gave it to him to read.  It took a while -- he was reading two other books at the time and, oh, yeah, there was homework, but we won't go into that.

Finally, the day came.  He brought the book back and handed it to me.  I had to ask: "What did you think?"

"Yeah, you know.  Where were the zombies?"

Have I failed as a grandmother?  Or, even worse, failed as a writer?  Yes indeed, where were the zombies?  Or at least an alien or two?  What was I thinking?  So for Christmas next year I'll write him his own story full of zombie aliens caught in the snowy wilds of Alaska trying to survive.  Think he'll like it?

Posted by Susan Rogers Cooper at 00:00