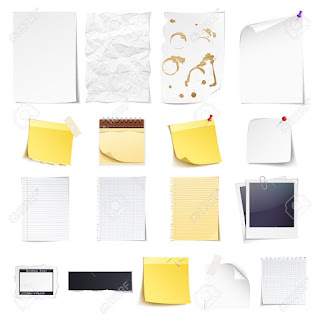 There have been some great posts, here on SleuthSayers, about the modus-operandi used by my fellow writers when jotting down notes for stories.

As many of you know, my time of late has been extremely limited when it comes to writing availability. This has caused problems for me, because I tend to need rather long periods of quiet to focus my mind before I manage to "get into the groove" of writing.  And, these periods of quiet usually need to occur after I've decompressed from the rigors of the regular workaday world.

Meanwhile, family life and unimportant things like the need to sleep tend to further compress my available writing hours into short blocks of only ten or fifteen minutes -- or during a twenty-minute break at work.  Trying to get work done in five, ten or fifteen minute blocks of time comes very difficult for me. Initially I found myself writing on napkins or loose leaf notebook paper, only to find that my longhand wasn't fast enough to capture what my mind might fit into those few minutes.

After decompressing from work, I'd sit out on the patio (it was pretty hot by that time of the day), and would begin to form the dream-like procreation that is the catalyst for my writing--only to realize I needed to get it into the computer.  This I bemoaned, because, once I got my computer and all the cooling paraphernalia outside, I had done so much work that the spell had been broken. I often found myself at those times sitting in front of the computer, which was all ready to go, but without the muse speaking to me. 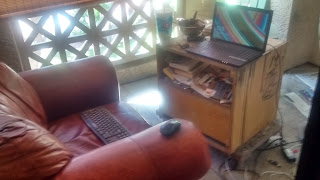 I tried dragging my computer out onto the patio, before I began musing.  This worked well during the late fall, the winter and in early spring.  But, not during the heat of a Phoenix summer afternoon. There have been several excellent suggestions from folks here (particularly from Leigh), on heat-combating hardware that might help my computer keep chugging when it's 110 out.  However, as this summer progressed and the heat not only rose this year, we also encountered much higher humidity than normal.  My computer began to suffer problems.

This is how I wound up writing in longhand, on my patio, in an effort to tap into that forming story in a manner that would allow me to bring it inside and enter it into my computer later.  Unfortunately, this left me struggling with paper that quite honestly was being sweated through, or alternatively seared (to something a bit more crisp than it should have been) by the Sun.  Plus: I still couldn't write fast enough.

I was stymied until an idea finally struck me, and I began to dictate those passages, which I created in my mind on the hot patio, into the email apparatus of my cell phone. 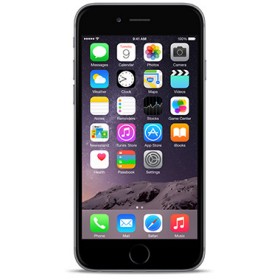 I only came up with this concept a few months ago, but have already used it repeatedly. In fact, it's how I composed the first draft of this essay, and posted it on the Sandbox site.  Initially, I tried using the text app on my cell phone, but I quickly realized, while I cannot very easily highlight copy and paste a TEXT from my cell phone into my computer, it is relatively simple to open my computer, bring up my email, then copy and paste the text of that EMAIL into Word, and use it in a story I am constructing.

Anyone who has used cell phone dictation, of course, knows that the email I copy and paste into Word is rather a-fright with errors. but I have found it a far quicker method than jotting on paper or napkins and then trying to type everything I've written longhand into my computer.

Additionally, putting this information into my computer and properly editing it so that it reads the way it should, has actually wound up bringing me more quickly into the writing frame of mind when I do have my computer open.

Each of us has, at one time or another, stated on this blog that every writer must find his or her own way.  Obviously, I don't know if this way would work well for others. But it seems to have been working for me . Far better than I expected, in fact. So I thought I would share it with the rest of you and any other writers who happen to read this blog.

There are drawbacks with using the voice translation software on a cell phone, of course.  I mean, sometimes the program just fails miserably to capture my words.

When I am drunk -- or half drunk -- not on alcohol, but instead from lack of sleep, not a drop of alcohol in my bloodstream, but my head swimming, my body listing, and my words running together... .

Well, this is when the phone fights me at its worst.   Words appear, sometimes reading similar to" the dog scratched Andy shed tell her," when it should have read: "I dogged the hatch and lashed the tiller."

These are the times that try my soul while I use the phone in this manner. I have found, however, that if I can transfer the text from email to story within 48 hours, there is usually enough there that I can recall what I was trying to say.  This normally allows me to retype it correctly.

Sometimes, when I'm stymied, it helps if I can reconstruct the sound of what I was trying to say by simply reading the mis-typed words aloud and running them all together as I speak. This often tends to reproduce enough of the cadence and tones to clue my ear to the proper words and phrases.

Of course, it doesn't always work out so well.  There is, unfortunately, the time I turned on my computer the morning after I'd dictated into my phone, only discover this paragraph:

The weather report, inside her, that's secret chord warm molten thick liquid fudge that was why she had been drawn toward gloves boys in high school and college. But Ted has been good man and Melissa had learn, through their relationship with him.  Still that has been that's lights by Sue missing from her life . Now, with the doctor, nada mike what's the simple life red mill creek post she know china, your father, or mother home maker. Melissa's on vocation teaching children topless beaches on the Riviera come the best arid outback down south come the hot blooded South American . She had never known these, with the exception of that 3 months student trip through Europe on her Eurorail pass between her freshman and sophomore year of college.

Sadly, I've so far been unable to fathom why this woman evidently had an inner "weather report" composed of warm molten thick liquid fudge, what "gloves boys" do in high school, nor why she evidently chose, as her vocation: teaching children about topless beaches on the Riviera.

And, I question if perhaps her best student was from the Australian outback, or was instead a hot-blooded South American, when it appears she may never have known either.  (Maybe this is what motivates her to teach children about topless beaches on the Riviera.)

The world may never know.

Still, I think it beats scribbling scrambled words on minute scraps of sweat-soaked paper.  So I think I'll stick to it.  Sure hope my phone learns to understand me better!