Edgy. It’s what a new USA Network television, Mr Robot, is trying for, so edgy that producers are getting ulcers trying to make it happen. And cyberpunk. It’s oh, so cyberpunk, rebel without a clause, pass the opiates please. It’s new, it’s now, it’s different, and it's supposed to be ultra-tech-savvy. It has exciting technology working for it… or does it?
One of Dorothy Sayers' novels, The Nine Tailors, is noted for its portrayal of campanology– professional bell-ringing. Sayers was largely complimented for her accuracy of detail. In a small way, she created kind of a techno-novel. Since then, many authors have created stories detailing technology of one kind or another– military, espionage, aerospace, medical, or computing.

Bluffing computer experts is tricky, especially the ‘leet’, the priesthood as it were, the 1% of 1%, the dei ex machina, code-slingers, bit busters, programmers of the programs that run programs. Rendering a story about computers takes more than networking verbiage and Unix gibberish. Bear with me as I wade into technical detail.

John Brunner’s Shockwave Rider introduced the concept of viruses, but most novels and virtually all movies get the technology wrong. That doesn’t mean a reader can’t enjoy some stories. Thomas Joseph Ryan’s The Adolescence of P-1 was a good read. 2001 A Space Odyssey was smart, the letters HAL being one displaced from IBM. And for hopeless romantics, Electric Dreams gave movie-goers a Cyrano de Bergerac love triangle featuring a computer named Edgar.

But a story shouldn’t pretend to be something it isn’t. An Amazon review about a computer novel by a top-rated mystery writer said the commenter got laughs reading aloud excerpts to employees in the company lunchroom. That’s not the kind of critique anyone wants.

Casting is another problem with computer shows. Techno-geeks’ IQs typically run high, but that’s seldom how computer experts appear on the screen. One example of awful rôle selection occurred in Jurassic Park, that of an unlikely computer sysadmin, the oafish and creepy Dennis Nedry. We’re going to talk about lack of subtlety: Nedry / nerdy, get it?.

If Hollywood doesn’t stereotype a sallow, shallow wimp with taped glasses, they opt for the opposite, a busty beauty in a skin-tight action figure costume. Movie makers think an eye on the décolletage prevents audiences noticing thin characterization.

When I think of actual top geeks (someone without my movie star looks– stop laughing), I think of colleagues like my friend Thrush, programmer Bill Gorham, software architect Steve O’Donnell, or a handful of others. These ordinary guys possess the extraordinary ability to make machines dance to their own tune.

The other part of the simplistic characterization is the creation of a polarized ‘them versus us’ atmosphere: hoodies v suits, punks v preppies, young v old, crackers v hackers, morphine users v tweakers v coke-heads, Anonymous v the establishment, bad guys v the other bad guys, capitalists v socialists v nihilists v anarchists… which might be interesting if someone had bothered to delineate a bit.

Elliot, the main character, is a morphine-addicted presumed programmer– he once mentions source code. The guy is a pathological liar who lies even to himself, then follows up by telling people in slurred speech, “I’m just being honest.” He drinks ‘appletinis’ and tells his shrink he’s not a junkie, even as he snorts his drug of choice. Supposedly this doesn’t impair his ability to dig into the bowels of computer networks.

A major problem here is that mainly druggies find drug users entertaining. One shouldn’t have to be stoned to appreciate a television show, but drug use and overuse underlies a major theme of Mr Robot. Elliot’s Asperger’s syndrome one can deal with, but his continuous mumbling is hard to stomach.

Of all the cast, only the female characters appear likable and worthwhile, Elliot’s shrink, Gloria, and his childhood friend and co-worker, Angela. Elliot and Angela telegraph to the audience their unrealized attraction as in a third-rate romance novel.

Tyrell Wellick represents the only alpha male in that universe, a ruthless junior exec but one who keeps his eye on the prize. As the best drawn character, he’s a sadomasochistic and exploitative bisexual who goes all out for what he wants. The actor speaks fluent Swedish but god-awful French, more than once butchering the word ‘bonjour’. Wellick does win on other points: When his pregnant wife asks for a bondage session, he’s reluctant to proceed, trying to be gentle. 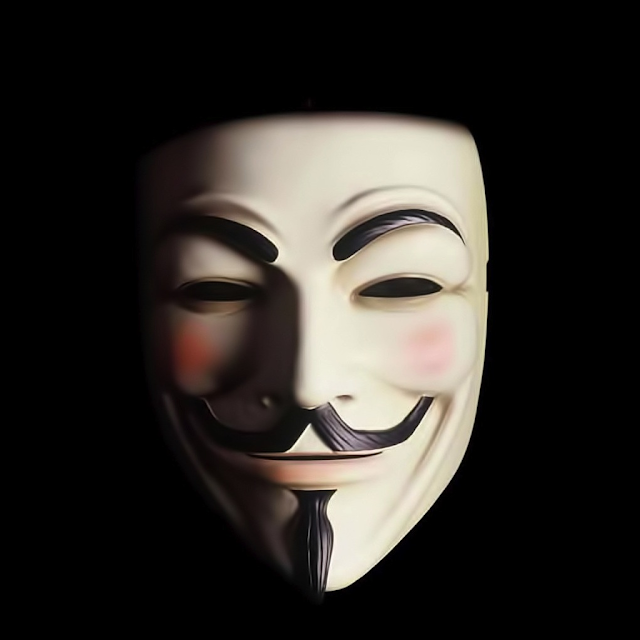 A major factor– or malefactor– in the series is Mr Robot, a sociopathic anarchist played by Christian Slater looking exceedingly bored throughout. ‘Mr Robot’ is the name of a tech support company, passed on to Slater.

He’s formed ‘fsociety’, a squad of hackers patterned after the group Anonymous. Instead of Guy Fawkes masks, fsociety uses the likeness of that Parker Brothers’ mustached tycoon, Rich Uncle Pennybags aka Mr Monopoly.

In reality, fsociety is disappointingly unlike Anonymous. The latter is focused on justice and exposing inequity and corruption, not anarchy for its own sake. Anonymous gives an impression it values human life, unlike the show's producers who suck hours out of your life never to be returned.

Those of us in the US tend to confuse and conflate capitalism with a free market economy; Mr Robot drops any distinction at all. Fsociety is dedicated to gutting Evil Corp (which deserves it) within a larger goal of bringing down the economy.


I tried to imagine the original cocaine-fueled pitch for the series. I think it went something like this:


“Like okay, man… (sniffff) There’s this guy, hacker dude, we’ll dress him in a hoodie so everyone thinks Robin Hood, see. (sniffff) And there’s this evil corp, we’ll call it Evil Corp so the audience can’t miss it. (sniffff) Listen, I confuse free markets and capitalism, but let’s say we burn down the economy… What do you mean, how would I cash my paycheck? What does that have to do with anything? Oh, irony, I get it. That’s good, that’s good. We’ll include irony.”

The series makes a stab at hi-tech realism, not particularly savvy, better than some shows, not as good as others. Writers drop a few Unix buzzwords (Gnome, KDE, TOR) and gloss over how their network was penetrated.

Elliot identifies a supposedly infected file that fsociety wants him not to open: fsociety00.dat. Amusingly, the IP address associated with the bogus file is 218.108.149.373, an impossible address like movies using 555-1234 as a phone number. (Geekology trivia: An IP address resolves to four bytes in binary, so each number of the group must be less than 256.) Mr Robot offers no specifics how Elliot tracked down the file in error, but the date and a bogus IP address should have clued in even a noob, never mind our ersatz hero.

Elliot passes the file on to a colleague, saying he’s done the hard work and ‘all’ that’s left is the encryption, as if that’s nothing. *bzzz* Wrong answer.

The program promulgates the notion that if someone has a root kit or hacker tools, they’re somehow an ultra-savvy user instead of being like any other mechanic with the right toolbox. The real guys with the smarts are the black hats who write the hacker tools and the white hats who find ways to combat them.

The show also advances the prejudice that ‘old people’ (presumably over 25) can’t deal with technology. A little reflection would have shown that the very systems Elliot and his hacker friends are using were designed by the old guys who themselves built on the shoulders of greater giants. (Articles on Anonymous have shown that the inner core of the organization isn’t strictly young guys as popularly imagined, but largely socially conscious programmers from the late 1960s and early 1970s who range upwards in age into their 50s and 60s.)

Elliot sneers at the CEO of E-Corp for carrying a Blackberry, ignoring the fact that an executive can run a company or tinker with technology, but probably not both, not at the same time. The US State Department deliberately uses Blackberries because they’re less susceptible to hacking… but that sort of realism would cut the series short.

Later, Elliot denigrates a hospital IT manager, William Highsmith, but even as he’s disparaging the IT guy, Elliot uses his supposed superior hacking skills to type the word NEGATIVE into his drug screen. Nothing screams phony like spelling out a presumed binary value instead of clicking the bit setting like true experts and their grandmothers would have done.

In the third episode, Elliot gives a stoned soliloquy on debugging. He’s correct in that finding a bug is usually the hardest part of the problem, but then he awkwardly extends an analogy of bugs into the real world of people and society. 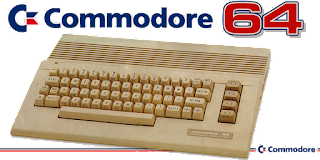 Based on a single episode, a competing series Halt and Catch Fire has a much better and more realistic grip on technology and story-telling. Their team planned how to fake an AT&T computer by kludging together parts from a Commodore 64. Unlike the vague buzzword-dropping, watch-the-other-hand unexplained ‘magic’ in Mr Robot, the HCF scheme could actually work.

From both a writing standpoint and a hi-tech background, Mr Robot disappoints. I expect more… more characterization, more plot, more realistic tech. And less morphine, please, much less. I’m a minority, but my tech-savvy friend and colleague Thrush, who still keeps his hand in the land of Unix, also expressed dismay, finding the show dark and dismal with a poor handle on technology.

Mr Robot is like a 1960’s drug culture anti-establishment film, entirely unentertaining. But that’s my take. What is yours?
Posted by Leigh Lundin at 00:00