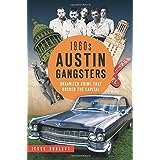 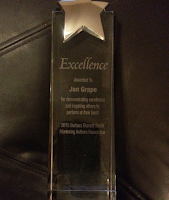 A little personal note: Here's a photo of the beautiful Sage Award that was presented to me on May 17th from the Barbara Burnett Smith Aspiring Writers Foundation. It's  lucite and has a silver colored star on top and is engraved. My picture wasn't  the best but I think you can get a sense of it.
Posted by Jan Grape at 00:01