by Louis A. Willis
Today our friend and colleague, Louis Willis, announces his retirement.

I first came across Louis in his own blog, where he critiqued black mystery authors and novels featuring black protagonists. He contributed articles to Criminal Brief and, as SleuthSayers was being formed, we invited him to become a permanent member. I often thought of Louis as ‘our academic’, because he studied literature more than most of us.

After his discharge from the Navy in 1958, Louis never lost his joy of learning and pursued higher education at Illinois Institute of Technology. Halfway through a degree in engineering, his love of literature induced him to change majors to English lit.

There he encountered… or more correctly didn’t encounter studies of black authors such as he’d appreciated in high school. When made aware of this shortcoming in their curriculum, IIT invited him to lecture about black authors in American lit.

Louis was familiar with Richard Wright and had begun reading James Baldwin. As he immersed myself in the research, he discovered Zora Neale Hurston (whose Florida home is minutes from mine), Ralph Ellison and many more.

Following formal retirement from the government decades later, he returned home to Knoxville from Richmond, California with his youngest daughter and her son to care for his mother who died a year later in 1997. With time on his hands, he returned to his love of learning and enrolled in a graduate degree program at the University of Tennessee and graduated in 2004 with a Masters in English.

Louis also has a son who attended Lemoyne Owen College in Memphas and had three sons himself, the youngest born a year ago on 31 December, nearly a New Year’s baby.

The Long Goodbye that Isn't
“Every Goodbye Ain’t Gone”


I usually limit myself in writing an article to no less than 300 and no more than 700 words. Because goodbyes should be short, this post is under 300 words.


The title of this post is in quotation marks because I took it from a forgotten novel, a poem, or a line in a blues song. It expresses how I feel in having to say goodbye to all my SleuthSayers friends. I won’t be posting any more articles but I won’t be gone either, for I shall continue to read and occasionally comment on your posts. I’ll also continue writing critical reviews of African American crime fiction novels on my blog, which you can access here.


During the past three years, I’ve learned how writers think in constructing their stories. As I read your post, I experienced the sweet misery you go through while constructing your stories. Your posts also confirmed something I’ve always thought: writers write because they cannot not write. 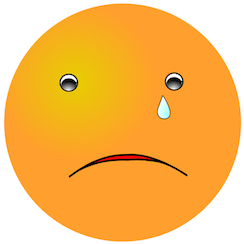 As I write this post, I’m glad you can’t see me because I’m getting all choked up. Saying goodbye to good friends is not easy.


Thank you Leigh for giving me the opportunity to write for an appreciative audience.


Thank all of you for being an appreciative and encouraging audience.
Posted by Louis A. Willis at 00:00

Louis, your title fits the situation perfectly. We hope that goodbye only means you won't be writing a regular column here. We'll look forward to hearing from you through comments, and you know that anytime you feel a burning desire to appear on SS, we'll gladly welcome you as a guest author.

I've enjoyed your articles Louis. You're a thoughtful man, my friend.

You'll be missed but I look forward to checking out your other blog.
All the best for a more relaxing 2015- I can't imagine keeping too blogs going !

Thanks for spending so much time with us, Louis; I've always enjoyed your thoughtful reflections. You will be missed. And though your time slot may be filled, you will not be replaced.

Very best to you and your future endeavors.

We'll miss you - so come back for guest stints, and I'll check your blog regularly.

What a beautiful farewell, Louis. I hope you guest on here in the future. (Melodie, realizing she just butchered grammar by using 'guest' in that way...)

I know you said to call you Louis once before, but I was taught to show respect to an Elder. To me, an Elder is a person of wisdom and grace who shows us how to live by the example of their words and actions. Although I don't know you any more than what I've been able to learn from reading you here, it's enough to show me you are a valued Elder for more than one community. You are certainly that to me. I will miss you here, Mr. Willis.

Louis, your observations and your insight will be missed. It's been great getting to know you.

Hope to see you back here for guest posts.

Ya can't say farewell without a goodbye from me! I'm so glad to have been your secretary, Louis. We all love you.

Louis, my man, we wish you the best in your future endeavors. Ride easy and stay well.

Louis, it has been great having you aboard. I forgot you were a fellow Borges fan! I am especially fond of your occasional stories about your childhood and relatives. Stay well and drop by any time you want to share some wisdom.

Oh no, say it's not true. You're leaving us. That is not acceptable.
Ok, I'm wrong you're NOT going away, just retiring from our regular time. I do hope you'll read and comment when you have the urge. You will be missed. Hope everything is smooth sailing for you. Come back and guest when you can. Take care of yourself.

Louis, I've enjoyed having you with us these past several years and sharing my time slot since the beginning with SleuthSayers. I always enjoyed your reviews but my favorites were your personal, family-oriented articles.

Thank you for being a part of us, Louis.

This is my first post-retirement comment, and I’m at a loss for words. Again, thank all of you for being a good audience. If I were standing behind a microphone, this would be the point where I would bow my head, take my handkerchief from my pocket, wipe my eyes, and exit.