The movie Gone With The Wind came out in 1939, so it's now seventy-five years old. (Or sixty-fifteen as I say about my age since that was also my birth year.) A Diamond Anniversary as we might say of a marriage lasting 75 years. The movie has long been considered one of the greatest movie achievements of all time. I'm not knowledgeable enough to talk about that statement and I'm sure many Star War or Avitar fans might dispute that.

What I'd like to discuss is my first encounter with the movie. In trying to determine exactly how old I was when I saw the movie. I researched the release of the movie and there was a release in 1954 after about eight years of the movie not being showed in the USA.

People nowadays can't imagine movies coming out and then not being seen for several years. I suppose the idea back in the forties and up through the eighties for movie studios was to distribute a movie and then hold it back for a few years, then crate a buzz for a new release time. Thereby creating more revenue by creating a huge desire to see the movie.

I had read the Margaret Mitchell book, Gone With The Wind and fell in love with the whole story, but especially with the character of Rhett Butler. My movie watching at that time was fairly typical for that time period. We did have a movie theater n Post, Texas, the small town where I grew up. Early on I watched cowboy/westerns with Roy Rogers, Gene Autry, Hop-a-long Cassidy, Lash LaRue, and the  Lone Ranger. After that, I fell in love with big musical productions and movies starring Esther Williams, the swimming movie star. 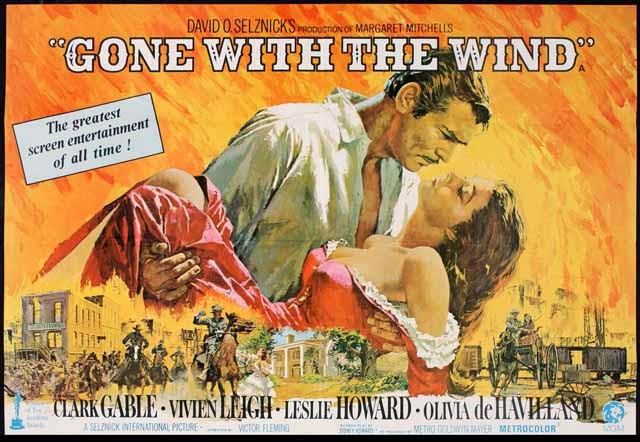 Sometime in 1954 my mother discovered that Gone With The Wind, starring Clark Gable and Vivian Leigh in the leading roles was in theatres. Mother had seen the movie, probably sometime in the early 40s when it was released and she wanted me to see it. It would only be shown in a Lubbock, TX theater, forty miles from our town of Post. We really couldn't afford for the two of us to go see the movie, and actually mother had two little girls that she would have to take or leave with a baby-sitter. My little sisters were too young to see and enjoy the movie so mother came up a plan.

Mother bought a round trip ticket for me to ride the Greyhound bus to Lubbock. (It might have been a Trailways bus, I don't actually recall.) I have no memory of how I got to the movie theater but it probably close enough for me to walk. Mother gave me enough money for the movie ticket, probably $1.50, enough for popcorn and a coke because this movie is four hours long and even stops in the middle for an intermission.

This sweeping epic that cost over three million to make is remembered for the beautiful plantation called Tara, where Scarlett O'Hara grew up. One of the most costly and famous scenes is the burning of Atlanta. The movie is certainly faithful to the book as much as an epic novel can be, not exactly word for word, but close enough to scenes and actions in the book.

It tells the story of a manipulative Southern belle spoiled by her rich father. It relates she used men and loved a man she couldn't have, Ashley Wilkes, and even when she married Rhett Butler, she denied him love, although he loved her more than any man ever could.

I remember quite a bit from seeing the movie then but I know I fell madly in love with Rhett Butler. What a handsome, charming, wonderful man. Women loved him and men loved him, too. Hollywood called him a man's man. I could understand that. He didn't let anyone push him around yet could be tender and kind and loving all wrapped up in those rugged good looks. 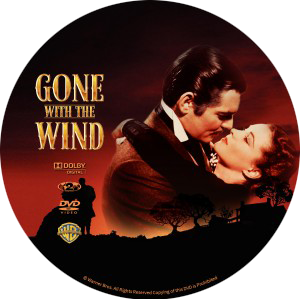 This movie won 10 Academy Awards, including Best Picture, Best Actress-Vivian Leigh, Best Supporting Actress, Hattie McDaniel. One of the most quoted lines came from Butterfly McQueen, "Miss Scarlett, I don't know nothing about birthing babies." And Rhett's famous line: "Frankly, my dear, I don't give a damn." But we'll never forget Scarlett's line: "Never mind, I'll think about it tomorrow." 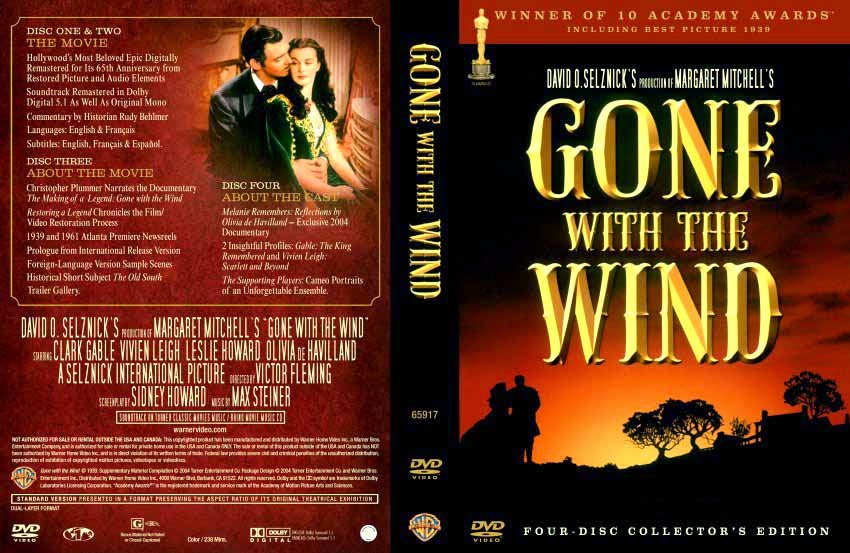 That actually was the only time I saw that movie (until 2004) but the Christmas before my Elmer passed away, he gave me a four disc copy of Gone With The Wind.  I watched it then but not since. However, now that I have it out of the file cabinet, I think I should watch it once again.

These pictures were taken from my CD collection box and a booklet that was part of the package. All copyright credit goes to Turner Entertainment and Warner Bros.