by David Edgerley Gates
Musings, perhaps, less than a coherent whole, but bear with me.
I was a big fan of LeCarre's from the get-go, with THE SPY WHO CAME IN FROM THE COLD, although I remember throwing the book across the room when I finished it. I later liked A SMALL TOWN IN GERMANY a lot, because by then I was familiar with the turf, both physical and internal, but I didn't much care for THE LOOKING GLASS WAR, and actually for similar reasons - I knew sources and methods, and I found the tradecraft in the book unconvincing. Then came TINKER TAILOR SOLDIER SPY, THE HONORABLE SCHOOLBOY, and SMILEY'S PEOPLE (collectively, the Quest for Karla), and next, my own personal favorite, THE LITTLE DRUMMER GIRL. "Sooner or later, they say in the trade, a man will sign his name." 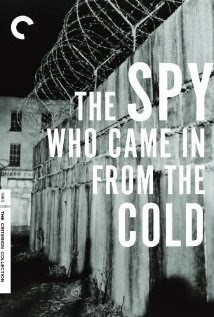 LeCarre's been well-served, by and large, by movie and television adaptions.  THE SPY WHO CAME IN FROM THE COLD, with Richard Burton and Oskar Werner, is bracing and intelligent. THE DEADLY AFFAIR (adapted from CALL FOR THE DEAD) is even better - James Mason as George Smiley, although the character's given a different name. LOOKING GLASS WAR? Well, okay, it's got Tony Hopkins, but I think it's a dud. LITTLE DRUMMER GIRL, the movie? Not a failure, by any means, just a little out of focus, and abbreviated, of necessity, with a 130-minute runtime. Which brings us to the two back-to-back triumphs, Alex Guinness playing Smiley in the BBC miniseries, first TINKER TAILOR and then SMILEY'S PEOPLE.

What did I think of the more recent feature version of TINKER TAILOR, with Gary Oldman? I have two contradictory reactions. If you didn't know the story, you'd get lost in the thickets. On the other hand, not knowing the story, you wouldn't realize what you're missing. Having read the book more than once, and seen Guinness more than once, I kept noticing holes in the plot - how did Smiley get from Point A to Point B, when they left out the roadmap? But again, if you came to the movie without preconceptions, it might slide right by, nothing in your peripheral vision. The biggest weakness of the Oldman feature isn't Oldman, of course: he's terrific. And the compression, eh, you can't do much about that. The real weakness is in the supporting characters, not the actors, but the parts they play. 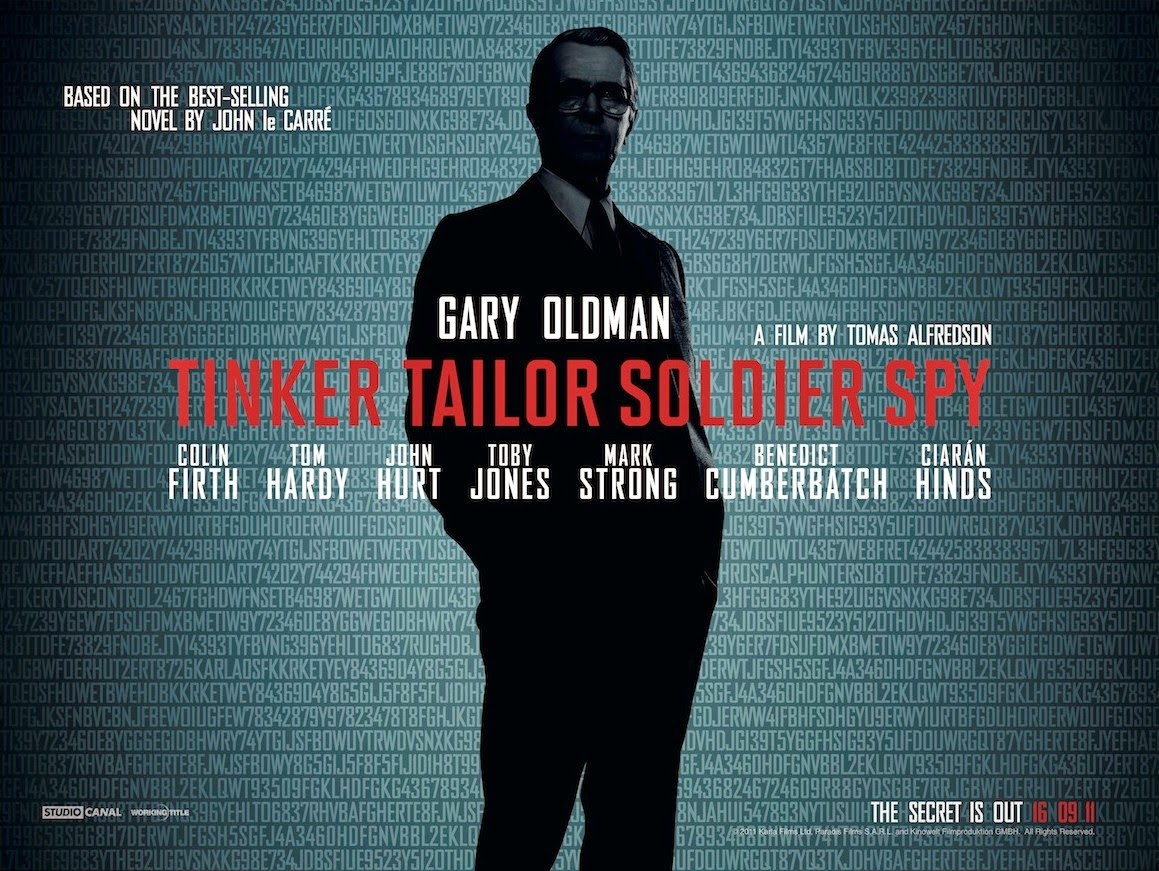 Maybe it's comparing apples and oranges. Let's face it, if you give yourself two hours (the movie version), vice five (the BBC version), a lot of stuff is bound to fall by the wayside, but in the TV production, you get a very strong sense of Toby Esterhase and Bill Haydon and Roy Bland, and each of them seem solid, probable suspects - each of them having something to hide, of course - not to mention what a snake Percy Alleline is. That's really what I missed most in the picture, not the careful chess game Smiley plays, but the feeling he's up against a real adversary, or several of them, conspiring.

Obviously, it's easy to take shots at a movie when you don't think it measures up to the book, and there's the obverse, that you can make a better picture out of a generic potboiler than you can from a more heavyweight source. They're two very different mediums, anyway. If you've ever tried to do a screen treatment (I've done a couple), you find out first thing that you're in a foreign country, the environment is at right angles to a novel or a short story. But in either case, it seems to me that it's about gaining the confidence of the audience - maybe with a movie, the audience is more passive than a reader is, if your ideal reader is engaged, but you can't let them slip through your fingers, either way. They surrender their trust, and you have a responsibility to play fair, and give as good as you got. 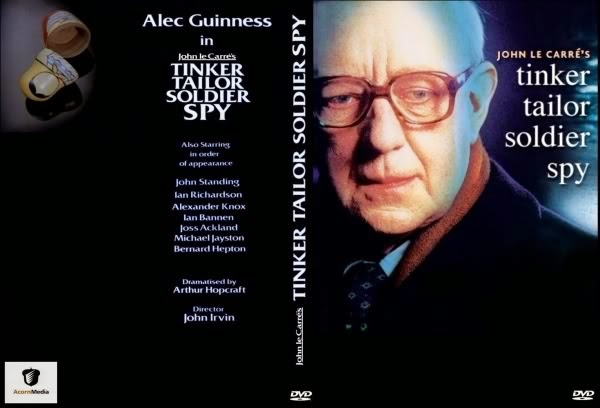 I'm not, in this sense, complaining. I respected the Gary Oldman picture of TINKER TAILOR - I just wasn't invested in it.  It's likely I was just too ready to find it wanting, compared to the longer Guinness version, which has a lot of room to breathe. And maybe that's the issue. It's the difference between total immersion and a quick, chilly dip in the pool. Both have their virtues. In the case of TINKER TAILOR (and SMILEY'S PEOPLE, as well), I think the stories are better served by a circular, more ambiguous method. It's a matter of pacing. Not the shortest distance between two points, or the most direct, but the long way around, a different rhythm, where time is elastic, and memory an unreliable witness.