The Joys of Miss Fisher

Leigh's recent quips about cricket, coupled with Rob's mention of a "sexy cozy" triggered this post about Miss Fisher's Murder Mysteries, an ABC (um … that's: Australian Broadcasting Company, in this case) television series, which I've been watching on NetFlix.

This two-season (so far) TV series -- which I think could be accurately called a sexy and humorous cozy -- is set in Melbourne and based on a series of books by prolific Australian author and defense lawyer Kerry Greenwood. 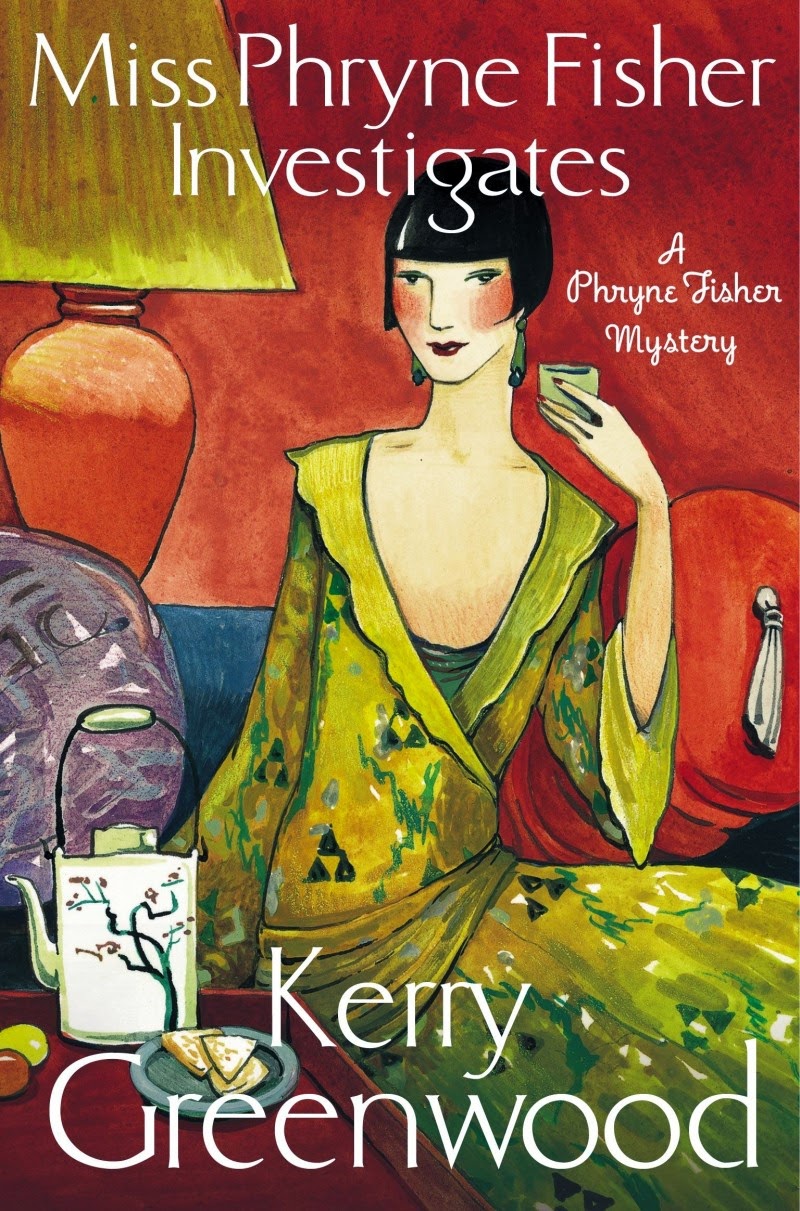 Ms. Greenwood has penned no fewer than 20 books about Miss Fisher, plus several more novels spanning the YA, Sci-Fi and mystery markets.  If Wikipedia is to be believed, she's also a playwright.

The series' titular "Miss Fisher" is, point in fact, Miss Phryne ("Fry-nee") Fisher, a young upper-crust Australian woman of the 1920's who evidently served in the ambulance corps during the First World War.  It seems that the horror she encountered there stripped away her innocence, baring a wry and often humorous cynicism that I, as a viewer, find delectable.

In a word, I'd say she's "cheeky."
Delightfully so!

Having returned to Australia from England, in the first episode, young Phryne pronounces herself a lady detective.

And – stylish detective that she is – she even sports a gold-plated revolver, when needed. As well as a gorgeous Hispano-Suiza, which she drives at breakneck speeds. 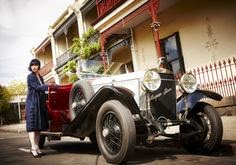 The mysteries here are not mind-bendingly difficult to solve.

Nor do people running around with fancy metal-plated weapons usually entice me to watch a show.  Quite the opposite on both counts. But, if I'm honest, I'll have to admit I don't watch Phryne to test my wits against hers, as I might with a good Sherlock or Miss Marple. And, the fact is, the gold-plated revolver works in this case.  It's just the right weapon, with just the right feel of "decorative accessory," that would make it seem likely to strike the character's flair for the unique and stylish -- two things Phryne Fisher definitely personifies.  But, I really don't watch shows because of weapons. 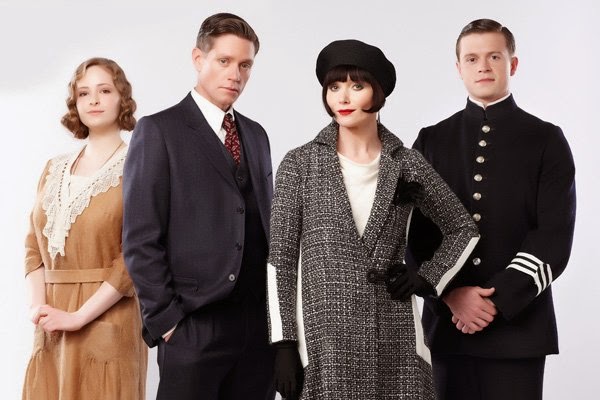 So, why do I watch Miss Fisher?

Frankly, because the show is so much fun.

The characters are delightful.  First, there's Phryne's friend and assistant, Dorothy, often called Dottie or Dot.  Little Dot is devoutly religious, and frightened by technology.  One of my favorite scenes, which occurred in the first episode, involved Dot trying to answer a telephone. As the young woman had earnestly explained to Phryne earlier, the priest at her church had told everyone that the electricity in the phone lines was building up in the center of the earth, and that – one day – one telephone connection too many would be made, causing the world to explode. Thus, as Phryne's phone rings, Dot, charged with answering it in Phryne's absence, is torn between doing her duty to her friend and employer, and her fear that answering the instrument might trigger a cataclysm that  destroys the entire planet.
The results had me rolling. 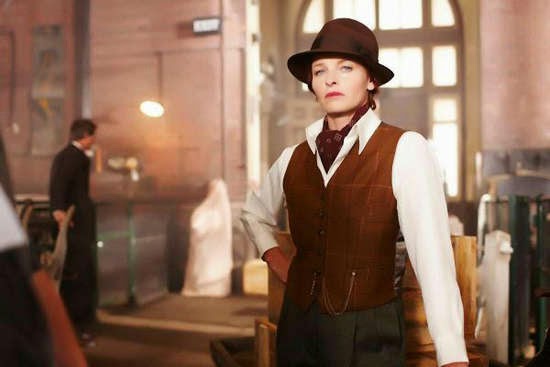 Then there's Phryne's female doctor friend: Dr. Elizabeth "Mac" Macmillan.  The good doctor dresses in men's clothing, as many women of the time actually did.  It had nothing, necessarily, to do with their sexual leanings; it was simply a style fad in the post-war years, according to my professor at ASU, when I took a class on this time period in Europe's history.

This taste in clothing may actually be associated with the view that women with bodies that looked "good for breeding" were thought of, at the time, as being similar to cows, or even "breeding machinery" (a connotation much distrusted in the wake of a war that saw the horrific effects of combat mechanization for the first time).  Consequently, "le garçon" arrived on the scene in Europe -- women whom the French called, literally: "the boy" because of their thin hips, flat chests and "masculine" behavior (such as smoking in public).  The wearing of men's clothing, according to one line of thinking, was an extension of such new social norms. 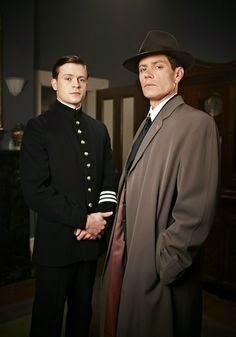 On the other hand, there is strong evidence (albeit off stage) that "Mac" may enjoy the company of women in her boudoir – something that bothers Phryne not one whit.  Mac also harbors a deep grudge against the male establishment, which would be perfectly understandable for a female M.D. of that time period. She's quick to anger, slow to trust, but is fast friends with Phryne, whom she evidently trusts implicitly.

Detective Inspector John "Jack" Robinson carries on a – so far – unrequited love affair with Phryne, though the femini Phryne doesn't appear to let this interfere with her bedroom gymnastics with other, more immediately willing, partners.  Robinson is quite conservative, but he clearly can't get this remarkable woman out of his mind.  And, the fact that she keeps showing up at the scenes of crimes that he's charged with investigating does little to alleviate this problem.

Add in Bert and Cec, two rather rough-around-the-edges manual
laborers with hearts of gold, who do some of Miss Fisher's heavy lifting, and Phryne's dowager aunt Prudence, along with a few other characters, and you've got a gold mine of humor, conflict and fun.

I highly recommend the show, if you haven't seen it already.