You will no doubt be thrilled to know that the world is now richer by one more book.  I have just released into the wild Shanks on Crime, a self-published collection of thirteen stories about a curmudgeonly mystery writer named Leopold Longshanks.

It is available on Kobo and Kindle. If you consider buying it, bless your heart, I would recommend Kobo, since you can purchase it through your favorite independent bookstore and throw some much-deserved cash their way.  If you want an autographed paper copy, see me.  I can fix you up.

Most of the stories have appeared in Alfred Hitchcock's Mystery Magazine, and I have written about each of them here or at Criminal Brief, So I thought I would  tell you about one of the four brand-new tales, and this being the month of Halloween I decided to introduce "Shanks' Ghost Story." 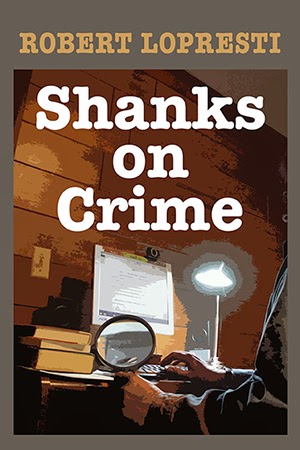 For the origin we have to go to Ramat Rachel, Israel in the summer of 2009, where my wife and I had volunteered for an archaeological dig.  (The photo above shows me finding a cup handle.)  It was great fun, but exhausting, and yet somehow the writer part of my brain found time to think up a story idea.  Being deep in a semi-tropical summer my thoughts turned to –  winter in Pennsylvania.

Hmm. How'd that happen?  Who knows?  The writer's brain is not particularly interested in logical patterns.

But somehow I got to thinking about one of my favorite gimmicks, the story-within-a-story, in which  a bunch of characters gather to hear one of them tell a tale.   I decided to try the English tradition of telling ghost stories at Christmas time.  (And let me urge you to read Jerome K. Jerome's Told After Supper, a hilarious Victorian book that pokes fun at half a dozen versions of the traditional ghost story.  Unlike mine, Jerome's is free.)

I decided that Shanks, my hero, would share my attitude toward the supernatural.  (We differ on many other points, by the way, like music and exercise.)  So, as a skeptic, Shanks attitude toward the ghost stories his friends tell would be polite disbelief. 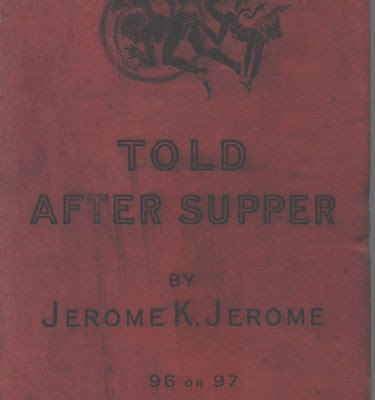 Ah, but he is far too much the storyteller to let his turn pass.  So he decides to tell a story about being a ghost writer.   Early in his career, it seems, he was hired to produce what would supposedly be the last novel by a recently deceased bestselling crime writer.

So, no ghost.  But hold on a moment.  Is that bestselling author really dead?  Because Shanks begins to get…

Well, that would be telling.   I hope those of you who are suffering from scorch marks on your clothing where currency has burst into flame will consider reducing your fuel load by picking up the book.  For the rest of you, tell your library to buy it for you. They are public servants, after all.  Command them.
Posted by Robert Lopresti at 00:02