In 2010, a bargain-loving friend of mine found Stephen King's memoir/writing guide On Writing in a clearance bin at a dollar store. She bought every one of them and sent them all to me.  The problem was  that there were over twenty-five copies.  I sent one to almost every writer I knew personally.

Recently I introduced a young sci fi writer to the realm of Stephen King--not the movie or television version, but the world found in his written words.  As my friend read It, I wished I had one more copy of On Writing to share with him what King said about writing and the story about the baby sitter. I bought one for him, but I was also fortunate enough to locate a list of King's "rules" on writing.

I grew up a rebel child who hated "rules," so I'll call these suggestions. You've probably seen most of them before along with those that overlap Elmore Leonard's, but I found these gentle reminders worthwhile. I couldn't resist the color red for my comments though I graded papers in purple when I taught school. (Some of you may recall that I did, however, write "Dear John, go to hell" letters in red.)


1. First write for yourself, and then worry about the audience. “When you write a story,you’re telling yourself the story. When you rewrite, your main job is taking out all the things that are not the story.”  My next two books are a thriller in January and a horror in June, 2015.  I think I'm writing for myself these days and I have no idea what story is going to insist on being told next.

3. Avoid adverbs. “The adverb is not your friend.” I add "most of the time" to this or maybe "usually" is a better choice.

4. Avoid adverbs, especially after “he said” and “she said.”  See number three.

5. But don’t obsess over perfect grammar. “The object of fiction isn’t grammatical correctness but to make the reader welcome and then tell a story.” I always told students they needed to learn the rules as well as when to break them.  Sometimes those grammar rules are necessary. 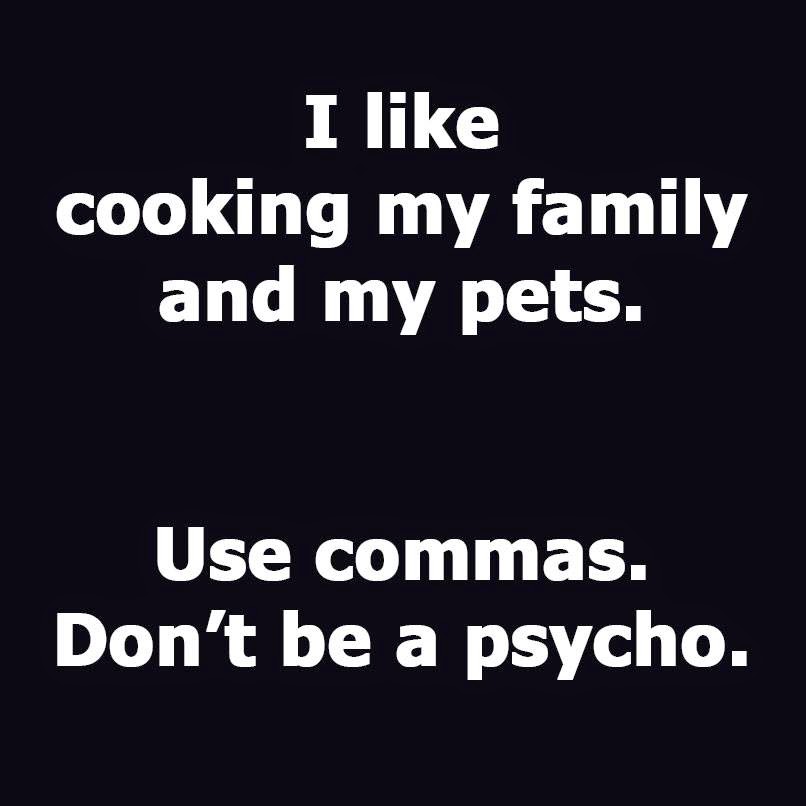 6. The magic is in you. “I’m convinced that fear is at the root of most bad writing.”  Here I differ with Mr. King.  Years ago, when I attended a large writers' group, we encountered several truly horrendous writers who positively knew they were fantastic and tried to justify why they shouldn't follow any suggestions.  It's not surprising that those folks still aren't published.

8. Don’t worry about making other people happy. “If you intend to write as truthfully as you can, your days as a member of polite society are numbered, anyway.”  I'm struggling with this right now.

9. Turn off the TV. “TV really is about the last thing an aspiring writer needs.”  Why do we need television when we have shows in our minds?

10. You have three months. “The first draft of a book—even a long one—should take no more than three months, the length of a season.”  This is no problem for me since the Callie books averaged six weeks for the first drafts, but I don't see how King does it with some books over a thousand pages.  How about you?  How long does it take to get that first draft written or do you have some that "wrote themselves" in a short time and some that take forever?

11. There are two secrets to success. “I stayed physically healthy, and I stayed married.”  Too late for me to accomplish either of those.

13. Eliminate distraction. “There should be no telephone in your writing room, certainly no TV or videogames for you to fool around with.” There should also be no family members who constantly interrupt writing with insignificant questions and comments having nothing to do with the story (unless they are grandchildren).

14. Stick to your own style. “One cannot imitate a writer’s approach to a particular genre, no matter how simple what that writer is doing may seem.”  "Imitation is the sincerest form of flattery," but does flattery have any place in creative writing?

15. Dig. “Stories are relics, part of an undiscovered pre-existing world. The writer’s job is to use the tools in his or her toolbox to get as much of each one out of the ground intact as possible.  I like King's reference to the writer's toolbox.  The goal is to fill that toolbox with all possible skills and ideas and then develop the craft of knowing what to use where.

16. Take a break. “You’ll find reading your book over after a six-week layoff to be a strange, often exhilarating experience.” And sometimes, going back and reading it after a layoff enables a writer to think, "Dang!  That's pretty good!"  (Okay, I know Elmore said no exclamation marks, but I love them so long as there aren't more than two per page. I began this by mentioning my dislike of rules from a young age.  What really p-o's me is when participants aren't given the rules until they are reprimanded for breaking them.) Back to the subject:  Sometimes after that six-week rest of a manuscript, a writer goes back, reads it, and says, "Oh, s- -t.  I can't believe I wrote that."

18. The research shouldn’t overshadow the story.“Remember that word back. That’s where the research belongs: as far in the background and the back story as you can get it.”  I try to avoid this in writing and hate big info dump/back stories when I'm reading.  I don't like to read fiction that is obviously an effort to teach me a skill or history. (Janice Law provides an excellent example of writing historical novels that don't shove lessons down the reader's throat.)

19. You become a writer simply by reading and writing.“You learn best by reading a lot and writing a lot, and the most valuable lessons of all are the ones you teach yourself.”  I once knew a poet who refused to read other poets' works because he didn't want his "talent to be influenced by others."  He gave me a sincerely blank look when I mentioned "Stopping by the Woods on a Snowy Evening," and the last time I saw him, he was coming out of a local pawn shop.

20. Writing is about getting happy. “Writing isn’t about making money, getting famous, getting dates, getting laid or making friends. Writing is magic, as much as the water of life as any other creative art. The water is free. So drink.”  How about you?  I personally get a lot of happiness and pleasure from "falling into the page," but greater commercial success would take me closer to a happy ending. 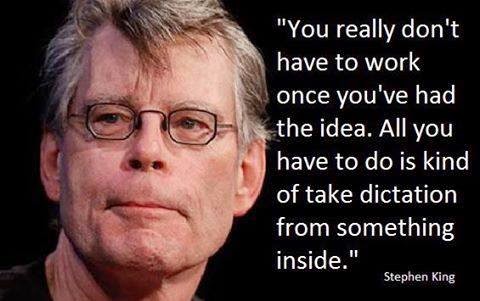