Not John Cheever’s Fault But Mine


by Louis A. Willis
I’ve been alternating between reading stories in the anthologies The Dead Witness and Murder & Other Acts of Literature in my ongoing attempt to discern the difference between genre fiction and literary fiction. My post in August was from The Dead Witness. 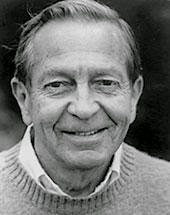 For this post, I read "Montraldo" by John Cheever (1912-1982) in Murder & Other Acts of Literature. I’ve read only one story by Cheever and that was in college. I don’t remember the story. What I remember is it didn’t invite me to read more of his stories. I decided, in choosing “Montraldo,” to give him another chance to impress me.
The nameless narrator opens the story with the statement, “The first time I robbed Tiffany's, it was raining.” He goes on to describe how he did it. After his explanation, I was expecting him to rob the store again and maybe dodge the cops or pull some other jobs. I was disappointed.
He uses the money from fencing the jewelry to travel to Montraldo in Italy. Instead of staying in one of the two luxurious hotels, he rents a room in a villa that is in poor condition– no running water and no toilet– because he likes the view and is curious "about the eccentric old spinster and her cranky servant." The two argue constantly.
The servant, Assunta, insults the old woman (not named), calling her “Witch! Frog! Pig!” The old woman replies calling the servant, “the light of my life.” As the old woman lay dying after a fall, at her request, the narrator gets the priest.
About a third of the way through the story, I began to suspect what the surprise ending would be. When it came, I wasn’t disappointed. In fact, I thought, “John, my man, I’m impressed.” Cheever didn’t help with my attempt to discern the difference between genre and literary fiction. Only one crime, the robber, is committed and, although the old woman dies, whether it was murder or an accident is ambiguous. Maybe one difference between literary and genre fiction is a tendency toward ambiguity in literary stories, while genre stories tend to be straight-forward.
I can't judge Cheever based on only two stories, one of which I don't remember. “Montradla,” however, is one of those stories that I feel I would not have missed anything if I had not read it. Although I enjoyed “Montradla,” it didn’t invite me to read more of Cheever. That he is not one of my favorite authors is my fault not his. But I like what he said about "car thieves and muggers."