by DoolinDalton
In May of last year I wrote an extensive post on what I deemed "Cosplay in Fiction." In that post I
promised to elaborate further on what constitutes "cosplay" in historical fiction in my next post.

And I'm still mulling how best to elaborate and wrap up that subject in a blog posting to appear in this space in the not-too-distant future.

In the mean-time I intend to explore a tangential line of thought, centering on examples of what works and what doesn't in the historical mystery author's quest to bring believable, engaging historical fiction to the modern reader. And I'm going to spread it out over a number of my upcoming blog posts.

You see, this year I have the great privilege of moderating an historical mystery fiction panel in November, at Bouchercon.

So as I've been turning over in my mind the questions I plan to put to some of the best historical mystery novelists around, my mind rolled back to the post linked above, and the question of anachronism in historical fiction.

And not surprisingly, I've got a few thoughts.

Not least of which is what works and what doesn't when attempting to evoke a certain time period. This is probably one of the most difficult aspects of the historical mystery juggling act: paint a picture of life in another era, likely with characters who speak a language other than English, and still make them seem natural and unaffected, all without diving so deep into period language that the modern reader does not get either lost or completely put off.

As I said, I've been giving this sort of thing a lot of thought lately. Partly, as I said above, because of Bouchercon and partly because of my own on-going final pass through a long-percolating historical mystery novel of my own.

Let me state at this point that I have nothing but admiration for anyone who attempts this ludicrous balancing act– whether they fail or succeed. I for one have always found it a formidable challenge, and feel I've failed more times than I've succeeded. (Which is a large part of the reason that the final draft of my current book project is my third complete draft!).

And with that said, let's move on to what works, and what doesn't. This week's entry:

I was reading a mystery novel a while back and a fairly innocuous turn of phrase knocked me completely out of the story- you know, that experience that is usually the last thing any author wants to foist upon their audience.

The phrase in question was "Don't get your knickers in a twist."

Now, the author of the book in question is British and, although I'm an American, I'm fairly
Anglophilic, and am comfortable with British slang expressions, so ordinarily this wouldn't be a problem for me.

The problem was two-fold: the setting, and the character speaking. It wasn't set in modern England, Scotland, Wales or Ireland. And the speaker wasn't a citizen of any of those countries.

The character in question was a citizen of ancient Rome, speaking to another citizen of that city, in
that city, circa 80 A.D.

Now, I get what the writer in question was trying to do. Trying to portray ancient Romans talking casually with each other, in an intimate, familiar manner. No mean feat, seeing as they spoke Latin and not English.

At the very least wouldn't they have said something like, "Don't get your sublegaria* in a twist"?

I mean, the only way this character could have sounded more out of time would be if he had suggested to his comrade that he "slow your roll"! 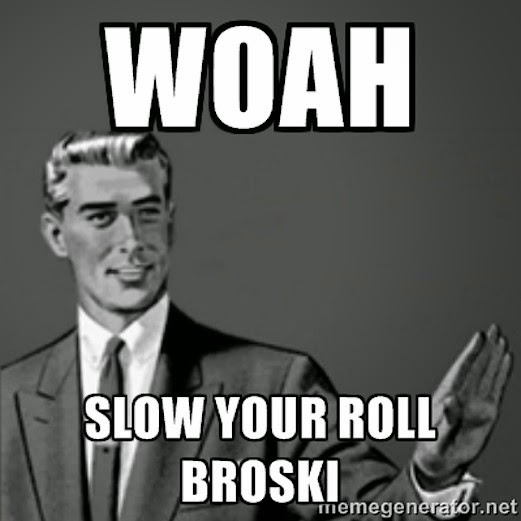 The problem for me as a reader at this point was that, while I was and am willing to concede that Romans, like every other variety of human being since the dawn of time, had their own pet slang phrases and humorous sayings, I had a hard time believing that they used this particular one.

Further compounding the problem was the fact that the speech in this novel was so anachronistic that it pulled me right out of the story. And this was just the tip of the iceberg. Throughout the story I kept picturing these ancient Roman characters speaking with cockney accents. At any moment I expected them to break in rhyming slang!

This brought to mind an author who actually gets this sort of thing right. I have raved before about the writing of Philip Kerr, a British author of the Bernie Gunther series of novels, set in Nazi and post-war Germany during the 1930s and 1940s.

For my money Kerr gets Gunther just right: in some ways a morally compromised figure (as many 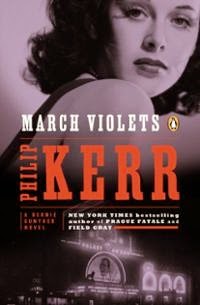 Germans who survived the first world war and the subsequent years-long party which was Weimar Germany of the 1920s were);former homicide detective and sometimes private investigator who has repeated dealings with the Nazis while never becoming one of them or buying in to what they were selling.

Gunther is truly a man of his time, believing, as many in Germany quietly did, that the Nazis were by turns keystone cops and murderous thugs. And even during his dealings with them he manages to chart a course that leaves him (for the most part) morally clean.

What helps Kerr really sell Gunther and the rest of his cast of period characters as believable avatars of the period in question is his ability to take German slang from that time and translate it into English, without it losing its period flavor.

For example, a pistol is a "lighter." A cigarette is a "nail" (for your coffin, obviously).  When asked during a 2009 interview whether these slang words were genuine or of his own invention, Kerr said: 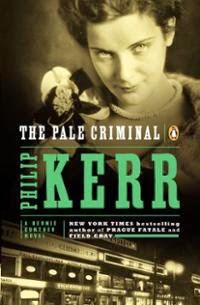 "The slang is not my own invention nor is it anything to do with the police. The words are often more literal translations of real German phrases instead of their English equivalents. It's as simple as that."

With all due respect, the man is being far too modest. It's not as simple as that. While it's true that Nazi Germany is a period of history which has passed down to us a wealth of first person narratives (much of it truly horrifying), the skill herein lies in the choice of these words, knowing which concepts fit into the dialogue without extensive explanation, seamlessly, if you will.

Imagine trying to do that with such freighted concepts as gleichschaltung (the notion of every aspect of a society fitting together and working like cogs in a machine, keeping that society moving and well-run) or the ever-popular schadenfreude (joy experienced as a result of witnessing the suffering of others).

Sometimes it's what you don't try to say that sells your story. The key is in knowing what works, and what doesn't.

Making your Roman citizen sound like a cockney cab driver? Not so much. Having your German detective light up a nail, or take a lighter away from a drunken member of the Hitler Youth? Perfect.

Next time, more of what works, and what doesn't in historical fiction! 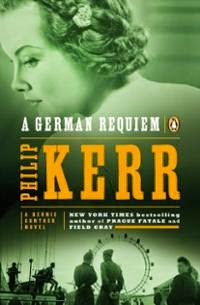 Posted by DoolinDalton at 01:51