Several weeks have passed since I last joined you on this side of SleuthSayers.  My mini-vacation wasn't planned, but it worked out well for me because I haven't had much to say beyond an occasional comment along with moans and cries of pain caused by Shingles. Unlike Leigh, who can write humor inspired by his kidney stones and uninvited guests on his dock, I can't think of anything amusing to say about shingles except they hurt far more than I ever expected. Before anyone tells me I should have taken the immunization shot, let me explain that I'm violently allergic to neomycin which makes me ineligible for the vaccination.

Some of you may recall that I recently made the decision to stop writing, but, as has happened before, that resolution didn't last. What I'm experiencing is a spell when my muse has abandoned me.  I need to write something different, at least for me. I've had six Callie Parrish mysteries published under my name and a few best forgotten thrillers under a pen name. I have no desire to begin another of either.  My horror novel doesn't have a publisher yet, and I'm not interested in writing paranormal romance. So, what should I do? 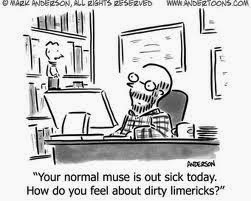 I started out in this business writing feature magazine articles.  I've gone back to that and have sent out three. We'll see if those maintain my old track record which was 100% acceptance, certainly far better than I do with fiction.  I've also been writing press releases for the charity concert my friends and I in SC Screams Team are sponsoring in July.

It would be nice to say that press releases and magazine features are satisfying my addiction to fiction, but I'd be lying. Though being a fiction writer is a license to lie, I don't feel right lying to you, the readers and writers of SleuthSayers. I've begun some co-writing with fellow songwriter, Gene Holdway, but I want to write fiction. Not motivated to begin another novel, I decided to go to the other extreme and tackle John M. Floyd's market--those solve-it-yourself mysteries for Woman's World. For any newcomers among us, Woman's World features one mystery and one romance story every week. The pay is good, but the word limits are restrictive.  Maximum for mysteries is 700; for romances, 800.

This isn't exactly my first rodeo with WW. I've had two romances that they suggested changes and invited me to resubmit, but I hadn't tried mysteries previously.

I pick up WW each week to see if John has a story in it, so I was fairly familiar with what they print.  I feel the need to warn everyone though that if you read those short, short mysteries constantly, you reach the point that you can spot the important clue as you read, so the solution is hardly ever a surprise with some of the authors, but not with John M. Floyd.

No problem with characters, crimes, and knowing who's guilty, but coming up with those clues required in the solve-it-yourself mysteries was leaving me clueless. I don't want clues to jump off the page at the reader, but I don't want them so elusive that after reading the ending, the reader has to go back searching to see if the author actually included them.

I shared my first solve-it-yourself mystery effort with my friend, Richard D. Laudenslager, who helped me out with some great suggestions.  I returned the favor by inspiring him to try one of his own. His first solve-it-yourself seems absolutely perfect.  I questioned how he'd zeroed in on the style.  His answer:
"I read John Floyd's blog about Woman's World fiction on SleuthSayers."

Now, the truth is that I probably did read that blog back in 2012, but since I was concentrating on book-length manuscripts at that time, I didn't remember it in detail until I went back and read it again a week ago.

John gives personal statistics for his sales to WW as well as a brief history of how their fiction has changed since his first mini-mystery appeared in WW in 1999. He also shares hints and tips for the mysteries which I'll repeat here: 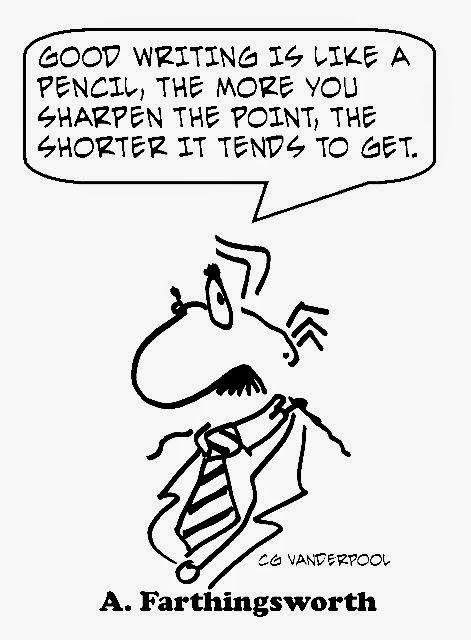 After reading John's hints and tips, I knew immediately that my second try would be rejected and had to be revised before submitting it.

Of course, Richard and I both hope to have stories accepted, but even if we don't, writing for this market is great exercise.  We have become far more conscientious about unnecessary words and tightening up expressions. The restrictions also encourage writers to jump right in with the action instead of spending a lot of words on set-up.  John suggests that his repeated characters of bossy retired teacher Angela Potts and her ex-student lawman alleviate the need for a lot of set up.  To that, I say, "But John, we have to sell the first story before we can repeat the characters."

How did I know WW wouldn't accept my second mystery?

As a retired teacher of disabled and visually handicapped children, I frequently include challenged or visually handicapped adults living fairly normal lives in my writing. (Example: Jane in the Callie Parrish books) The protagonist in the story was blind. See Tip 6 above.

I'd like to hear from the rest of you. Have you submitted fiction to Woman's World? What were your experiences in dealing with the restrictions?  John, how about some current statistics?
Until we meet again, take care of … you.
Posted by Fran Rizer at 00:01

RT Lawton also writes stories for Woman's World. When my friend Sharon spots a byline by RT or John, she often sends me an email.

Besides Sharon and myself, our friend Vicki Kennedy is also trying to penetrate that market. She further suggests explicit sex isn't merely verboten, but you don't want even a whiff of sensuality.

I've had two… no, I think three rejected. A fourth seems to have become lost so I may try again.

I love your 'in' joke near the bottom of your article.

Fran, thanks for the kind words. I do like writing those short-short mysteries--I actually like writing the long ones also--but I must tell you, I still get plenty of rejections. My only real advice to writers who want to sell to Woman's World (or any market) is to just keep trying.

As for your question about an update on my statistics, I've now sold 62 stories to WW. The latest should be in the next issue (I think). And our friend Herschel Cozine had a story there only a couple weeks ago.

Best of luck to you and everyone, on future submissions to WW and elsewhere!

Great write-up! Writing is a talent, and it must not be wasted. As with everything that we had been entrusted, we should let it grow and share it with the world.>learner motivation

Thanks, Leigh, John, and Fazly Rabby. I'm happy to know that some of the over 3,000 submissions WW receives each month are from several SSers.
Leigh, do you and Sharon bat the ideas back and forth like Richard and I do?
John, I think your track record is amazing, but then you're an amazing writer. Your blog back in 2012 made this one easy for me as well as
Fazly rabby, several of us needed to hear what you wrote.

Great article, Fran. And thanks for the mention. It has been a fun exercise trying to carve these stories down to the acceptable word limit. Let's hope one of us hit the target. BTW, I love the "reveal" in the upside down text, and the "partner in rhyme" reference.

Good piece, Fran. I think the shortest story I've ever written was about a thousand words. It takes a discipline I lack to accomplish what John F. does with apparent regularity. I've got to work on that...and soon. Pretty soon. I mean it.

Rick, (who writes as Richard D. Laudenslager) I've got a new one to run by you next time we get together.

David, I'm finding pruning stories easier and easier, and I'll bet you would, too.
Of course, soon, pretty soon works as well.

Rick, (who writes as Richard D. Laudenslager) I've got a new one to run by you next time we get together.

David, I'm finding pruning stories easier and easier, and I'll bet you would, too.
Of course, soon, pretty soon works as well.

Sorry about your bout with shingles- that makes even a literary rejection seem like small stuff. Hope you're now feeling much better!

Janice, thanks for your well wishes. It's much better now, but I wouldn't wish shingles on my worst enemy. You're right. Rejection pales in comparison with some of life's other problems.

Janice, thanks for your well wishes. It's much better now, but I wouldn't wish shingles on my worst enemy. You're right. Rejection pales in comparison with some of life's other problems.

Fran, all my sympathies - shingles are hell. I've never tried WW, but maybe some day. And when the Muse dances off for a while, it's hard not to take it personally... But she always comes back!

Thanks for your comment, Eve. Maybe the thing to do when the muse dances off is to go dancing, but the older I am, the more I prefer a good book to a dance band.

Fran, best wishes on your WW submissions. John is no doubt the expert in this field. I've only had ten mini-mysteries published in WW with a 1 in 3 rate of acceptance. In my early tries, I didn't have the benefit of John's wisdom, therefore it was trial and rejection. Haven't subbed any to column editor Johnene Granger lately, but probably will sometime in the future.

To Rule #6, I would add - no solutions that depend on little known facts which the general public isn't aware of.

R. T., thanks for mentioning that "no solutions that depend on little known facts which the general public isn't aware of." I think John may have mentioned it and I overlooked it. From what I've read of yours, I'm not surprised you've made that market.