After finishing the Naguib story in Murder & Other Acts of Literature, I read two stories by women who commit literary murder on the page in the anthology. Guilt, not a woman scorned, fuels the desire for revenge in the stories by Alice Walker and Isabel Allende. 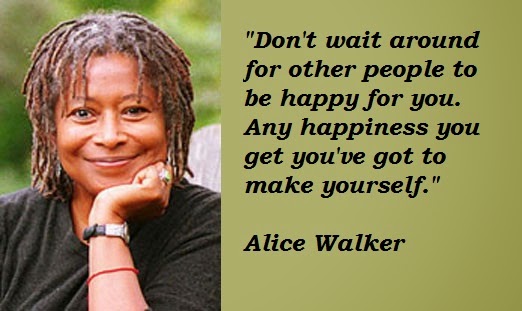 “How Did I Get Away With Killing One Of The Biggest Lawyers In The State? It was Easy” is a long title that identifies the 17-year-old narrator as the killer, leaving only as a surprise the motive. She is 14-years-old when the prominent lawyer Bubba (her name for him), the husband of her mother’s employer, rapes her. After the first encounter, they began a consensual relationship that lasts three years. Her mother constantly nags her about what she is doing with the man whose father is a segregationist. That he is a segregationist doesn’t matter to the teenage narrator because she thought, “he loved me. That meant something to me.” She knew nothing about civil rights; what she wanted was “somebody to tell me I was pretty, and he was telling me that all the time.” After three years, fed up with her mother’s constant nagging, with the help of the lawyer, she has her committed to an insane asylum. Three months later, she sees her in court when the mother’s lawyer challenges the commitment. To her surprise, her mother is really insane.
Vapid was my reaction when I finished the story. It was difficult for me to objectively analyze it because of my anger at Alice Walker for the way she treated male characters, black and white, in The Color Purple, the first novel of hers I read a few years ago. I read two more novels and realized that she is a very good novelist. Not all her male characters are monsters, but I can’t shake my anger. So, I didn’t trust my reaction to the story. 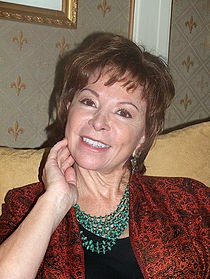 Isabel Allende, a Chilean writer has written numerous novels and received several awards. “An Act of Vengeance” is the first and only story of hers I’ve read. Like Walker’s story, it is about rape, guilt, and vengeance. During a violent time in a South American country, as his last mission, guerrilla Tadeo Cespedes comes to her village, kills her father, and rapes the 15-year-old Dulce Rosa Orellano. For 30 years, she thinks only of revenging the death of her father, who had sacrificed his life to save her.
After 30 years, Tadeo, a powerful and important man in the new government, haunted by the image of the 15-year-old beauty he raped, returns to the village to find her.
The story is dissatisfying because of the predictable twist and easily guessed ending.
I enjoyed the stories, but, unlike the  Naguib story, which left me with the desire to reread, they did not invite rereading.
Posted by Louis A. Willis at 00:00

Dont you think hundreds and thousands of years of misuse and abuse entitle women to some anger? At least your review is honest.

They all sound like stories to avoid. Thanks for the reviews!

Anon, the short answer is no.

Anon, the longer answer is also no, no more than present day Germans deserve hatred for the sins of the past. If one criticizes the reviewer because of who they are, then one is expressing dismay because Louis expressed dismay because of who he is, a man. (Whew, that’s a mouthful!) To pose a question, if Louis is male, would he be justified in harboring anger against you? And if he's black and you’re not, would he also be justified? (You may not be aware he's both.)

Anon, I assure you misandry exists just as does misogyny, but we can’t let the ignorance of others control our lives.

I don’t know if Alice Walker dislikes men, but I’d urge anyone to set aside easy resentments. Let’s look to the living and the future instead of, as you point out, hundreds or thousands of years in the past. Join with us and look beyond yesteryear, beyond our frailties and enjoy the rest of the show.

I will weight in on the discussion between anon (not myself) and LL by pointing out that women don't have to look to the past to feel anger at men and at the patriarchy. It's going on right now, and many of us are personal victims. I have myself been assaulted, raped, beaten, sexually harrassed at work, and seriously sexually discriminated against at work. I have had to live in an atmosphere of anxiety, fear, and feelings of helplessness simply because I am not a man -- for over 60 years. I am an educated woman with a doctorate, in a profession that many would consider powerful. It means nothing in the patriarchal world that too many think is "behind us now" (the same way so many feel that racism is "behind us now"). On the other hand, I try not to let my autonomic system's responses to repeated trauma and intimidation make me react by developing anger and hate. But you know what? It's not easy. I have learned and practice coping skills that are clinically demonstrated to reduce the levels of stress-related chemicals in the body -- the chemicals that are strongly correlated with cancer, heart disease, and many other stress-correlated threats to health and well-being. But I have to work at it, and I have to work hard. Sometimes it occurs to me that it's really unfair that I have to work so hard at remaining open and non-judgmental towards men for their sake as well as my own, when so many men don't have a clue how hard people of their gender, in this male-dominated culture, make my life. Then I remind myself that the world is not fair. But the anger is no less hard to deal with. Injustice bites deep at the soul. Allende and Walker have legions of fans because they so powerfully express the experiences and feelings of so many women. Their voices are neither delusional nor rare. It may make people uncomfortable, angry, or resentful. If so, remember that the women who have been subjected to this kind of thing also feel uncomfortable, angry, and resentful. And while it is the goal for us to all learn how to deal with stress, I don't think lectures about just letting things go because someone else doesn't see why someone might be angry are simplistic. To overcome the negative feelings that can create violence, we have to acknowledge them with the compassion that comes from understanding that those negative feelings stem from genuine suffering.

Anon II, the palpability of your pain is immense. I feel helpless to ease or mitigate your anguish that comes through splattered upon the page. Worse, as a male who has not done those terrible things and chooses to be an ally, it’s distressing to feel the mantle of male Original Sin settled upon my shoulders. But I’m the leader of this ragged band of the criminally minded and the obligation to nakedly face the slings and arrows falls to me.

I’d hoped my earlier comment wasn’t perceived as a lecture when my chosen path was to establish an accord. Some blogs delete challenging comments but I oppose censorship. Readers should have the opportunity to express their opinions. But, is a nuclear approach equitable toward all males?

Still, you’re right that it’s not fair what you’ve gone through. It wouldn’t be fair for anyone. High intelligence is no buffer against pain and platitudes have no place. And healing… where does one begin?

Earlier, I’d wanted to say not all men are bad guys, but I can’t control what others believe. I can only set the best example I can. If I offer compassion, can it be accepted? Can I reach out one heart to another?

What angered me or at least dismayed me was that business of a consensual relationship developing after a rape in the Alice Walker story.

Male domination in the workplace is, sadly, a reality that still exists today. And it enables sexual predators. Will this ever change. One would hope so. But I won't love to see it.

I have not read the books in question, so cannot comment on them. But if they stereotype men then I have a problem. As Leigh points out, there are many good men who are disturbed by this behavior. In fact, hopefully, we are in the majority. It's not newsworthy to print good news, so we go unnoticed.

I would apologize for the actions of these men towards you and all women. But that doesn't solve the problem or even alleviate your pain and anger. I would hope that you find avenues for a healthy release of your anger and make your live easier. Only you know what they are.

Sorry for the typo. I won't LIVE to see it. Changes to context, right?

anon 1, that's me. If I could do over, I'd use a few somes: some women, some men, some anger, and some closure. Yes compassion is good. I'm not angry with men, just one at the moment. ;) Sorry, I didn't mean to sabotage and you are either crackers or brave.

I’ve received a few messages, some critical, some instructive, and all supportive in their own way. The main criticism is that I stumbled on my instinctive reaction to the first comment. And one pointed out we should keep the option of censoring open to keep the discussion on track. (I prefer an egalitarian environment, but it’s up to the individual author.)

The main criticisms run in this vein: You approached the first comment thinking it was an attack. The first thing you need to understand is that women are dealing with issues invisible to men. Women need to be suspicious of all males all the time in order to be safe. You can’t compare our feelings about men to racism because every man is a potential threat.

Thanks for your comments and criticisms, everyone.

Anon 1, thank you for your kind comment. Maybe I'm a bit of both.

I'm with Fran: the idea of a consensual relationship following a rape seems quite dismaying.

I wonder, Louis, if upon re-reading (I believe you said you planned to revisit the story.) you encountered elements that indicated this relationship was actually not consensual.

Have you perhaps newly-encountered thematic elements that might indicate there were actually several layers of coercion or control. After all, the young woman's "lover" is (a) a prominent lawyer, and (b) the spouse of her mother's employer (if I understood correctly), which would seem to leave room for a major amount of coercion all on its own. Additionally, however, the girl is only 14, which leaves plenty of room for another sort of coercion -- if not outright physical/mental/emotional domination.

I'm not saying your reading was incorrect. I'm just saying that, imho, It would seem surprising that a thoughtful woman would write such a piece without including such ideas. Consequently, I'm curious if she might have planted some very subtle hints, which the girl (being so young) didn't notice.

I didn't recognize the signs.

Interesting article, Leigh. Take a look at comment 3 here for a perhaps less dangerous way of dealing with the same situation: http://www.thestranger.com/seattle/SavageLove?oid=19896960