So Long for Now


by Dale Andrews
Well, gang, this is my sign-off piece, at least for a while. Why? (I might hope you are asking.) Well, it’s sort of a short story rendered long.

It all began last fall. In October I flew off to what has been my annual gig teaching a graduate course in the history of transportation at the University of Denver. Last year all went well until the flight home. I, like almost everyone else these days, refuse to check a bag. So when I approached my seat I threw my bag up into the overhead rack. As I did so something clicked -- more like snapped -- in my right shoulder. By the time we landed in D.C. my right arm was in such pain that I could hardly carry off my carry-on. 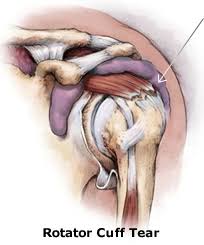 I immediately did what most of us do in such circumstances. I ignored the whole thing. Sure enough after a few weeks the pain lessened, but it didn't go away. So I exercised. Eventually I went to see my chiropractor. That helped but the pain still didn't go away. So a few weeks ago I threw in the towel and went to see a specialist who diagnosed a torn labrum in the shoulder and a rotator cup tear. To fix this I go under the knife on June 10 and, per my doctor, thereafter for perhaps as much as three to four months I will not be able to effectively use my right hand. And after that it will take physical therapy to bring the arm back.

So, there goes swimming, piloting the boat, playing the piano -- all for the rest of the summer. Hmm, anything else? Oh, yeah. Typing.

I’m a touch typist and I am used to pounding the keyboard at around 100 words per minute (probably the only useful skill that emerged with me from high school).  My writing is heavily dependent on that typing speed, and I always write at the keyboard.  So losing my right hand is going to put a severe crimp in things. Also, I am "write" handed, which sort of rules out reverting to the pen and paper that I otherwise left behind in the 1980s. It did occur to me that I could do some columns using only the left hand side of the keyboard -- a new take on “constrained writing.” A little research, however, shows how daunting that task would be.

Herbert Spencer Zim, noted for works in the natural sciences arena, also produced one of the definitive treatises on frequencies of letter occurrences in the English language, Codes and Secret Writing. The bottom line from Zim is that, in descending order, the ten letters we most frequently use are ETAON RISHD. It is true that six of these are reachable in touch typing with the left hand, but think of the difficulties. True, a mystery writer could type “dead,” which is, I suppose, encouraging in its own way. But “death” would (because of that “h”) be beyond our reach. And thanks so much for that left-handed “q,” which can’t be used since it requires a right-handed “u.” (Unless, of course, you are writing about Qantas Airlines -- but forget about that, since you avoid the "u" but you still can’t reach the “n”.) Moreover the ten most common letter pairs according to Zim are TH HE AN RE ER IN ON AT ND ST. Of these only RE, ER, AT and ST are typed using the left hand. So, while one might fashion a dying clue typing with only the left hand (Queen did something a bit similar in a mystery the name of which will not be “spoiled” here), it’s simply not that feasible for a series of articles!

Okay, I know. I could probably hunt and peck my way through a few pieces, left handed but I suspect that I’m not going to be that up to it in the near term. So instead I am chucking all of this for a while.

How best to exit (at least for now)? Well, perhaps (and a tip of the old SleuthSayer hat to our resident list-maker John Floyd) with a list of some memorable final lines from the movies.  Here goes:

I think we should be leaving now. Yeah, that's probably a good idea. -- Pulp Fiction

Goodnight, you princes of Maine. You kings of New England. -- The Cider House Rules

Well, uh, hope you folks enjoyed yourselves. Catch ya further on down the trail. Say, friend - you got any more of that good sarsaparilla? -- The Big Lebowski

Some people say it's forgive and forget. Nah, I don't know. I say forget about forgivin' and just accept - and get the hell outta town. -- Grosse Point Blank

You have no idea what I'm talking about, I'm sure. But don't worry: you will someday. -- American Beauty

They say they're going to repeal Prohibition. What will you do then? I think I'll have a drink.-- The Untouchables

Way back, way, way, way back, up high into the right field. That ball is still going. It's way back, high up in there. He did it. Hobbs did it. -- The Natural

I do wish we could chat longer, but I'm having an old friend for dinner. Bye. -- The Silence of the Lambs

If not Arizona, then a land not too far away, where all parents are strong and wise and capable, and all children are happy and beloved. I don't know. Maybe it was Utah.  -- Raising Arizona

I'm too old for this. -- Lethal Weapon

You met me at a very strange time of my life. -- The Fight Club

He’s still out there! -- Friday the Thirteenth

You're still here? It's over! Go home. Go! -- Ferris Bueller's Day Off

And here is your receipt. -- The Blues Brothers

You're Next.  Invasion of the Body Snatchers (a special one for Stephen Ross and Jim Winter who are brand new Tuesday SleuthSayers)

Any one of those (and several in tandem) could comprise a fine fare-thee-well today, but I will admit to a personal favorite. Although it actually appears at the beginning, not the end, of the film, for my taste it works just fine:

And as Conklin said to Jason Bourne in one of those Berlin flashbacks:  See you on the other side.
Posted by Dale Andrews at 00:01