Evolution of a Reader 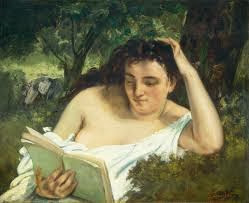 The older I get, the pickier I get as a reader. Life is too short, and I'm too experienced a reader to waste my time on books I'm not enjoying. I admit that as a reader, I take full advantage of the lower prices of e-books. I still buy hardcovers of the few cherished authors I hope will keep their series going forever and the even fewer I trust to write a new series I'll love almost as much as the last. And if I attend a friend's book launch party, I buy the book. Otherwise, if I lose interest or get annoyed, that's it for me. I'll close the book, toss it in a box to be given away, or in rare instances, throw it across the room. 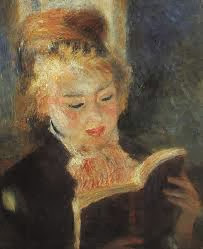 I can remember only one book that I actually chucked into the garbage. It was a battered paperback of a Robert Heinlein science fiction novel I'd never read before and picked up for 25 cents at the outdoor bargain table of a library in the Hamptons. I'll spare you the title, because I don't want anybody else to read it if they can possibly help it. It was written in 1982, so there's no excuse for the scene that made me dump it in with the chicken bones and coffee grounds: where the genetically engineered superwoman protagonist runs into one of the guys who gang-raped her earlier in the book, forgives him when he explains he only participated because he found her so sexy, and invites him to be part of her group marriage. 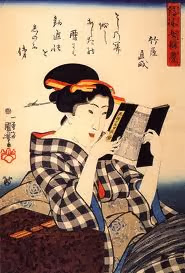 One aspect of my long experience as a mystery writer is that I can now see plot twists coming and unidentified villains lurking a mile away. This doesn't necessarily mean I'd be a good detective in real life. But I know crime fiction conventions, and as they say, there are only seven original plots. The unreliable narrator, the cross-dresser or transsexual, the dissociated identity because the character was molested as a child are all familiar ploys. When the detective, amateur or professional, mulls over the motives of every possible suspect but one, I know that one will turn out to be the killer.

Spotting the solution does not make me stop reading. It just makes me feel kind of clever. However, bad writing, flat characterization, and insipid dialogue do. I've found these in debut novels and highly touted bestsellers alike, just as I've found delightful characters and what a couple of my own reviewers, bless them, have called deft prose, all along the spectrum. I'm also looking for intelligent plotting, whether it's plausible detection in a puzzle or police procedural or actual suspense in a novel of suspense. 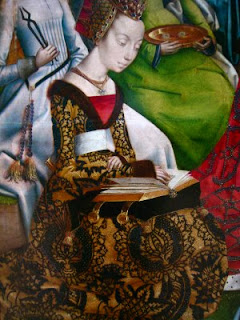 Nowadays I still read quite a bit of crime fiction, though a lot less than I used to. I read a little SF and fantasy, a very little literary fiction (I was a college English major and have done my time with those and the classics), and an occasional book that would qualify as romance. More and more of my reading in all these genres is historical fiction, which I've always liked, and which naturally interests me more since I started writing it myself. Whatever I read, the writing has to be top-notch and the stories character driven.

Here's the short list of authors by whom I don't want to miss a single book: At the top, Lois McMaster Bujold, Diana Gabaldon, Sharon Shinn, Julia Spencer-Fleming, Naomi Novik, Laurie R. King, Charlaine Harris, Michael Gruber. The late Reginald Hill was on that list as well. Second tier, Deborah Crombie, William Kent Krueger, Sara Paretsky, Margaret Maron. For their best-known series characters, I still read Marcia Muller, Dana Stabenow, and Nevada Barr. New to me in 2013, and good enough that I went back and got the earlier books and/or will definitely read the next one: Jane Casey, Linda Lee Peterson, and Anne Cleeland. Oh, and Robert Galbraith, aka JK Rowling: I can't wait for the sequel to The Cuckoo's Calling.
Posted by Elizabeth Zelvin at 00:01