by Robert Lopresti
Writers have been known to gripe about certain questions  they receive over and over.  But human nature being what it is, we don't spend so much time talking about the questions we like.  (And if you have any favorites, plunk 'em into the comments.)

I want to concentrate on one question in particular, because it is vital to our business.

Donald E. Westlake wrote an essay called "Tangled Webs For Sale: Best Offer,"  which appeared in I, Witness, an excellent collection of essays by mystery writers about  their experiences with true crime.  In his essay Westlake regales some strangers at a party with the true tale of some French criminals who stole the plan for a kidnapping from a novel by Lionel White.  Westlake is interrupted and then:

"What happened next?" demanded two or three fringe members of the group.  (They were, had they but known it, exemplifying not only the human need for narrative which creates jobs for storytellers like me, but also the professional need which at times drives writers to seek the answer to that question in other writers' books.)
What happened next?  That hunger to find out is what keeps folks turning pages, God bless 'em.

Back in 1979 my first story was published in Mike Shayne Mystery Magazine (and yes, that was the cover).  I thought it had a reasonable ending.  Basically, a boy in a South American village has saved the life of his employer who is a very bad man indeed.  The employer is moved by the boy's action and it looks like his whole outlook on the world might be changed.  But the reader learns that the boy is simply keeping the man alive until he is old enough to sell him to a higher bidder.

When the story was published naturally I showed it off to some people.  A lot of people.  One of them was my wife's co-worker, Dorothy.  When she read it she immediately asked "What happened next?"

I assured her that I had no idea.  This did not satisfy her, and every time I walked into that office after that Dorothy glared at me and asked "What happened next?"

Finally I told her that the day after the story ended the boy won the lottery and his family and the employer bought a house by the seashore together.  Oddly enough, this didn't please her either.

Which brings up another point, doesn't it?  Wanting to know what happens after the ending may not be a good idea.  Or, maybe, instead of the ending. 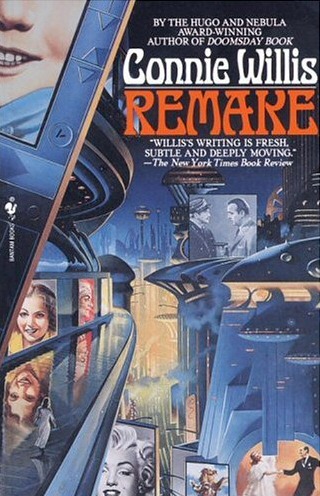 Connie Willis, one of my favorite science fiction writers, wrote a book called Remake in which technology had advanced sufficiently that anyone could remake a movie, essentially Photoshop it, so that , for example, Sonny doesn't get shot to death in The Godfather.  (Oops, spoiler alert there!)   She noted that one of the most popular changes was to "fix" Casblanca so that Rick ends up with Ilsa.  But, her main character points out, there is no way to make that happen without turning  Rick and Ilsa into  bad guys.

I have been pondering this because my last story in Alfred Hitchcock's Mystery Magazine was a sequel I never expected to write.   I didn't feel any need to know what happened next with that character.  Then suddenly I did.  And more to the point, my next story in AHMM is a sequel to another story I never thought needed any company.

Do you want to hear about that?  Come back in two weeks, because that's what happens next.
Posted by Robert Lopresti at 00:08