Two More From “The Dead Witness”

For this post, I read two more interesting stories from the Dead Witness anthology. One is a Sherlock Holmes parody , and the other involves a missing body part.

I sometimes have difficulty recognizing parodies because I’m too serious and tend to over analyze. But, through “inductive and reductive ratiocination,” I had no trouble recognizing Bret Harte’s “The Stolen Cigar-Case” as a parody of Arthur Conan Doyle’s Mr. Sherlock Holmes, the greatest cerebral detective who ever lived, greater even than that master of ratiocination, C. Auguste Dupin. What tipped me off you might ask. The name of Hart’s detective: Hemlock Jones. Sherlock is a perceptive person. Hemlock is a poison that was used to execute criminals (and of course to kill Socrates). Hemlock Jones is poison to criminals. And Jones rhymes with Holmes. 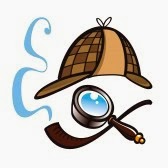 The story is a parody of the Holmes/Dupin method of “inductive and reductive ratiocination.” Hemlock Jones accuses the narrator (his Watson) of stealing his cigar-case and proceeds to present the evidence that without a doubt proves the narrator is the culprit. Jones is so convincing that, after the narrator left and never saw him again, he “often wondered, pondering on that wonderful man’s penetration and insight, if, in some lapse of consciousness, I had not really stolen his cigar-case.” 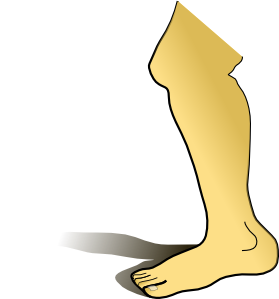 I like to read stories in which the title suggests a missing body part, which is why I chose the story “The Mysterious Human Leg” by James McGovan (1845-1919). I wondered how would a 19th century detective find the body, alive or dead, the part belongs to without the aid of forensic science?
James McGovan was the pen name of William Crawford Honeyman, a professional violinist and orchestra leader who published books on the violin under his real name. In my search for information on Honeyman, under both his real and pen names, neither Google nor Bing was of much help, though Google listed the book How to Play the Violin by William C. Honeyman. Google Books was a little more helpful. From the site, I downloaded a collection of McGovan’s stories, Traced and Tracked: or Memoirs of a City Detective. I found no books on the Gutenberg website under McGovan or Honeyman. I declined Wikipedia’s invitation to create a page for McGovan. All the search engines wanted to change “McGovan” to “McGowan.”
Searching for information on McGovan/Honeyman, I felt like a detective on the trail of the missing writer. Luck came my way when I visited the Birlinn website and read a review of McGovan’s book The McGovan Casebook: Experiences of a Detective in Victorian Edinburg. The review provides a brief biography, and claims that, although McGovan’s books are mostly forgotten, Ellery Queen and Agatha Christie admired his stories.

McGovan/Honeyman, having no experience in police work, pretended he was a real police detective writing stories about real crimes. The stories were so convincing that in 1888 Publishers’ Circular “proclaimed McGovan’s articles ‘the best detective stories (true stories, we esteem them) that we ever met with.’” But he tells a pretty good story in “The Mysterious Human Leg.” After a young boy brings a left leg full of carpet tacks to him, detective McGovan notices that the leg was expertly cut, suggesting a doctor had performed the surgery. This initial observation leads him to medical student Robert Manson and eventually to the owner of the leg.


Without, I hope, spoiling the ending, my question to the firearm experts is this was it possible in the 19th century to load carpet tacks in any type of firearm and fire them like bullets?