by R.T. Lawton
Valentine's Day is a time for love and lovers. Throughout the centuries, several well-known couples have been written into the pages of history for being famous lovers. As their stories came down to us in books, plays, movies and word of mouth, their romance became the stuff of legends. Who hasn't heard of the love between Anthony and Cleopatra from over two thousand years ago? And, probably only the young among us are the ones not aware of the on-and-off tempestuous entanglements of Richard Burton and Elizabeth Taylor. during the mid-1950's and later. (Coincidentally, they played the parts of Anthony and Cleopatra in a movie.) No doubt, you the reader, have several other candidates you could put forth as romantic legends.
But, since this is a crime writing, mystery site, perhaps our candidate should be one of our own, a famous mystery author. Who better than hard-nosed detective writer Samuel Dashiell Hammett with his decades long attachment to Lillian Hellman. Theirs was a romance stimulated by their love of writing, him as a novelist and short story author, and her as a playwright. Of course when one delves deeper, it appears their leftist-leaning activities may have also played a part in their mutual attraction. 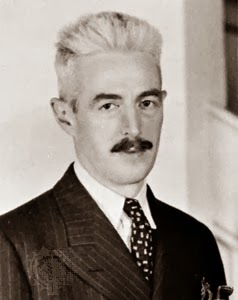 Born in 1894, Dashiell left school at the age of thirteen. He held several jobs before going to work for the Pinkerton Detective Agency in 1915 until 1922, taking time off to serve in the Ambulance Corp during the First World War. Spanish Flu and tuberculosis soon laid him up in the hospital. Afterwards, back at the Agency, Dashiell became disillusioned with his role as a Pinkerton operative in strike-breaking activities. He quit and went to writing.

That same year saw him published for the first time. He quickly became known for his authenticity and realism, attributing this to his background as a Pinkerton detective. "All my characters are based on people I've known personally, or known about." From 1928 through 1934, he wrote Red Harvest, The Dain Curse, The Maltese Falcon, The Glass Key and The Thin Man.

Lilian Florence Hellman, about eleven years younger than Dashiell, was working as a reader for Metro-Goldwyn-Mayer when she met Dashiell in a restaurant in Hollywood. Something sparked between them. A year or so later, she divorced her husband in favor of Dashiell. For the next thirty years, it was an on-and-off love affair until his death.

Being a strong ant-fascist, Dashiell joined the American Communist Party in 1937 and tried to keep America out of the coming war, but when Germany invaded Russia, he changed his political position, enlisting in the U.S. Army shortly after Pearl Harbor. Once again, illness struck him, this time with emphysema. Out of the army, he returned to his leftist political activities, but with less fervor.

Lily, who had once flirted with the Nazi Party in Germany before her religion became an obstacle, traveled to Spain in 1937 to lend her support to the International Brigades on the anti-Franco side of the Spanish Civil War. By 1943, she was considered to be an active communist and her passport application for travel to England was denied. Her past soon followed her back to Hollywood where she refused to sign a loyalty clause on a multi-year contract. The clause would have prohibited her from associating with radicals and subversives, to include Dashiell. Shortly thereafter, she was blacklisted.

Called into federal court about the activities of the Civil Rights Congress, an alleged communist front, Dashiell invoked the Fifth Amendment and served time in a West Virginia federal penitentiary for contempt of court. Both lovers were subsequently called before the House Committee on Un-American Activities. Dashiell got blacklisted for refusing to cooperate, while Lily would only talk about her own activities, not those of others.

In later life, Dashiell lost his desire to write. His illness took everything from him, except for Lily. She spent his last four years by his side caring for him. During that period, she wrote, "Not all that time was easy, and some of it was very bad. Guessing death was not too far away, I would try for something to have afterwards."

Dashiell Hammett died of lung cancer in a New York City hospital on January 10, 1961. Being a veteran of two World Wars, he was laid to rest at Arlington National Cemetery.

Many great romances end in tragedy, which makes them all the more emotional in the remembering. As people do, Dash and Lily chose their own path in life and paid the price for going there. But, in the end, they stuck it through together until death did them part. What more could one ask of a lover.