[Note: This post isn't supposed to be actively political, and I apologize ahead of time if it raises anybody's hackles. I mean no disrespect. R.T. and Dix, by all means chime in if you don't share my opinions.]

I personally think the Viet Nam POW-MIA issue is baloney, and I don't believe there were in fact any secret camps that held American GIs after the end of the war. Chuck Norris, who's admittedly all too easy a target, made a series of Missing in Action movies that flew in the face of reason, but the phenomenon is driven by a sense that we were humiliated in defeat, and Chuck Norris was in effect re-fighting the war, only this time we won. Basically, it amounts to denial.

This isn't to say that human remains aren't still being discovered and repatriated, and better forensics, including DNA analysis, have been used to identify formerly missing service members, which brings some small measure of comfort to their families, and helps redeem their sacrifice. There's also a certain amount of anecdotal evidence that a few Americans wound up in GRU or KGB custody, inside the Soviet Union, and you can't completely dismiss these stories, even if they feed into what some of us think is an irrational conspiracy theory. 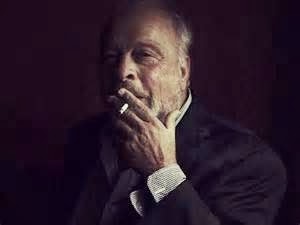 What prompts these thoughts is not to argue, yet again, the unresolved issues of the war, or the fixation on Viet Nam in the American imagination, but something more tangential. Can a writer convincingly sell a story element, and will the reader buy it, if the central theme, taken out of context, seems preposterous? I'm not talking about alternate histories, say, or revisionism, but our own shared past. If the writer is Nelson DeMille, and the book in question is THE CHARM SCHOOL, then the answer is yes.

It's worth remarking that DeMille served in Viet Nam with the 1st Cav, in the late '60's, as a platoon leader, and his experience colors his work, not to mention that he might vigorously dispute my first paragraph, above. I intend him no insult. 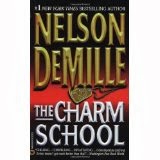 You can't really explain THE CHARM SCHOOL without spoiling the story, so I won't. Trust me, though, DeMille takes a premise that I'm personally resistant to, and makes it absolutely compelling. You never stop and say to yourself, Wait a minute, this can't be true, because the guy never takes his foot off the gas. The narrative momentum snaps your head back against your seat. The trick, here, is obvious. Don't let the reader catch his breath. Easier said than done, but DeMille has complete control of a story on a collision course with Fate itself.

The question, then, isn't so much whether it's a tough sell, to a skeptic like me, but rather that it depends on execution, and of course on self-confidence. DeMille closes the sale because he doesn't entertain disbelief. In our waking moments, we might hesitate. In the dreamscape DeMille conjures up, everything is solid, and genuine, and all of a piece. You stub your toe on real things, and your doubts never enter the picture.