You Can't Make It Up


by Eve Fisher
Okay, let's take a break from doom and gloom and look at some crazies.  I was looking through an old folder of newspaper clippings - come on, admit it, we've all got them - and I found the following:

"Walking in a Winter Wonderland"
[Or, how to stand out in a crowd.] 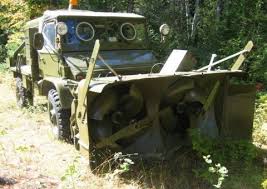 Maryland - The middle of summer may be a good time to buy a snowblower — but not a good time to steal one.  A man who must have forgotten what season it was stole a truck with a large motorized snowblower on the back in Maryland during last week’s 100-degree-plus heat wave.  Cops caught the alleged crook because he was the only one riding around town with a snowblower.

Man Insists He Has a Permit for the Meth
[From the Department of That's what they all say...]
Arizona - Police say that a man scaring people at a gas station was carrying several bags of meth with him at the time.  The man insisted to police that he had a permit for all that meth, according to court documents obtained by New Times.  Believe it or not, there's no such thing as a meth permit.

Stroke Rids Man of Lifelong Stutter, Improves Personality
[Or, do not try this at home.]
Japan - Since childhood, he had stuttered severely, and was regarded by family and friends as "serious, hard-grained and taciturn".  But when he returned to consciousness a few days following the stroke, he was a different man.  He no longer stuttered, nor has he since, and his personality has become cheerful, talkative, easygoing and to some extent, childlike, the doctor said.


Only Witness in Robbery Trial Dies on the Stand
Oklahoma City - a 67-year-old laundromat employee who had taken the witness stand to describe an armed robbery suffered a heart attack before she could identify her assailant, and died despite the prosecutor's attempts to save her with mouth-to-mouth resuscitation.  "I asked her how she felt when the guy pointed the gun at her, and the expression on her face kind of changed.  Her arms dropped to her side...  I can't believe she survived an armed robbery, and then this."  But the state plans to continue with its case against the accused, who stole $77.

Sheriff Waives Hearing in Sheep Case
[This is my favorite news clipping of all time.] 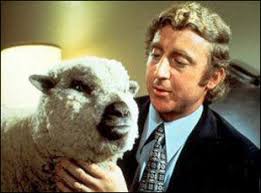 Van Buren, MO. - The sheriff of Dyer County, Tenn., and another man waived a preliminary hearing Monday in the theft of a sheep found in their motel room.  [Yes, you read that correctly.]  The Sheriff and another man, both of Dyersburg, Tenn., were to be arraigned Sept. 10 in Carter County Circuit Court on a charge of felony theft.  Both were free on $10,000 bond each.  The prosecuting attorney said that the sheep, stolen from the farm of Associate Circuit Judge Hedspath [Yes, you read that correctly, too] had been shot and skinned.  Part of the carcass was thrown out a window of the motel room as officers knocked on the door.  [But at least it wasn't being used for immoral purposes.]