Hiaasen on the Cake 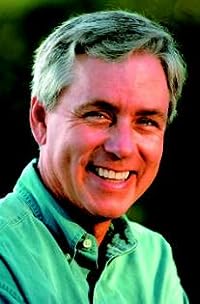 I have an interesting, if not always accurate, theory. A two-part observation, actually. Country music singers seem to make good actors, and newspaper writers seem to make good novelists. Case in point: Miami Herald journalist and mystery author Carl Hiaasen.  (I won't get into examples of country singers/actors, but I still defend my theory.)

I've read 'em all. I finished his latest, Bad Monkey, a few days ago. It's a delightful read, with a great setting and an intriguing plot. The location is, as usual, Florida, and this one's set in the Keys, which is even more fun. As for the plot, it's complex but believable, consisting of Medicare fraud, arson, drug trafficking, bribery, murder, and a host of other crimes, and makes for a suspenseful story.

But all that, as good as it is, is only icing on the cake. The main attraction of any Hiaasen novel, the reason most of his fans read him, is his quirky characters. No, make that outrageous characters. And yes, it doesn't hurt that they're residents of the Sunshine State--we already know from Leigh that most of the peninsula can be a loony bin. It's an extension of the old joke-theory that at one point the nation bowed up in the middle and all the loose nuts rolled to both coasts; in popular fiction, those on the east side seem to have rolled all the way down and collected in Florida.

The folks in the latest Hiaasen book remind me of those one might find in a Coen Brothers movie (Raising Arizona, maybe). Here's a sampling of the players in Bad Monkey: 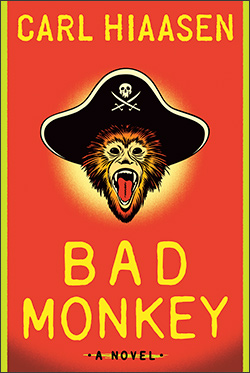 Dr. Rosa Campesino -- Miami coroner who yearns for more excitement in her life, probably because all her patients are deceased.

Evan Shook -- Hapless real-estate developer who's attempting to build a McMansion between Yancy's beach house and his cherished view of the ocean sunsets.

K. J. Claspers -- Freelance pilot who specializes in drug smuggling but isn't really out to get rich. He just loves to fly.

Johnny Mendez -- Retired Miami cop who made a fortune calling in tips about crimes that had already been solved.

Neville Stafford -- Island native engaged in a fight with corporate bullies who want to spoil his natural homeland (a recurring Hiaasen theme).

The Dragon Queen -- Deranged voodoo priestess who tricks Neville into selling her his "bad" monkey.

Caitlin Cox -- Nicky and Eve's daughter, and just as goofy and conniving as her parents.

John Wesley Weiderman -- Tough but sympathetic FBI agent who mistakenly figured his Key West assignment would be a vacation.

Driggs -- A demented, pipe-smoking, feces-flinging monkey who supposedly once starred with Johnny Depp in his pirate movies and has since suffered a reversal of fortune.

This is only some of the cast. How could a novel populated with characters like that not be fun?

Carl Hiaasen's one of the best.