And Where Is THAT?

St. Mary, SC, is my town, and Surcie Island is my island.

When I wrote the first Callie Parrish Mystery, I created St. Mary, a small town on the coast of South Carolina, not far from Beaufort and Fripp Island. It's located near Highway 17. To get to Columbia or Charleston from St. Mary, take I-95 north to I-26 where a turn to the east leads to Charleston and circling round to go west leads to the midlands. I Googled carefully to be certain neither St. Mary, SC, nor Surcie Island exist. Surcie is actually based on Edisto Island before it was commercially developed (with a little Daufuskie thrown in), yet inevitably, at book signings, readers assure me that they've been to St. Mary or Surcie Island. I don't attempt to enlighten them, but it does set me thinking about fictional places I've been.
﻿﻿﻿
The first and most memorable is Yoknapatawpha County in northwestern Mississippi. I traveled there frequently in my youth and return occasionally even now. It's bordered on the north by the Tallahatchie River and on the south by the Yoknapatawpha River. William Faulkner referred to it as my "apocryphal county."

Fourteen of his next seventeen novels after Sartoris were set in Yoknapatawpha County, including my personal favorites: The Sound and the Fury; Absolom, Absolom; and The Reivers. The eight short stories set in Faulkner's own county include my favorite Faulkner short story of all time--"A Rose for Emily."


Now travel with me from Mississippi to Maine where we'll visit Stephen King's town of Castle Rock. This town is part of King's fictional Maine and first appears in The Dead Zone. Writings set in Castle Rock include Cujo, "The Body" (which became the movie Stand By Me), "Uncle Otto's Truck," "Mrs. Todd's Shortcut," The Dark Half, "The Sun Dog," Needful Things, and "It Grows On You."

Castle Rock is also referred to in about ten short stories as well as fourteen novels, including 11/22/63, Bag of Bones, The Stand, Gerald's Game, and Pet Sematary.

King openly admits to being a fan of H. P. Lovecraft who created a series of fictional small towns in New England. King follows this idea of Lovecraft's with Jerusalem's Lot (in Salem's Lot), Castle Rock, Derry (in It, Insomnia, Dreamcatcher, and 11/11/63), Little Tall Island, and Haven.

There are several real Castle Rocks in the United States in southwest Washington and in Colorado, south of Denver. King denies his Castle Rock evolved from those real places and acknowledges that he got the name "Castle Rock" from the fictional mountain fort in William Golding's 1963 novel Lord of the Flies.

King's Castle Rock has been referred to in several works by others. A signpost in Peter Jackson's alien invasion movie Bad Taste points to a town named Castle Rock. This has been confirmed as a reference to King's town. In her 1993 novel One on One, Tabitha King mentions Castle Rock and thanks "another novelist who was kind enough to allow me to use the name."

While we're in Maine, let's stop off at another fictional place I've visited many times: Cabot Cove, Maine-- the small fictional fishing village where Jessica Fletcher lives when she's not flitting around New York and Europe in the Murder, She Wrote series. I have friends who will argue that Cabot Cove, Maine, really exists. "After all," they say, "we see it all the time." The fact is that the television series was filmed in Boothbay Harbor, Maine, and in Mendocino, California. 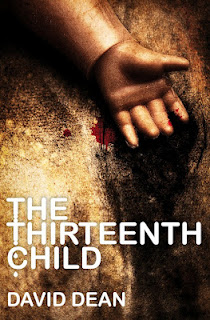 David Dean revealed a few weeks ago that a reader of his The Thirteenth Child pointed out "mistakes" he'd made about their town, not noticing that Dean's town had a different name. I'm an avid Faulkner, King, and now Dean fan, but I confess I think a writer creating his or her own location is the easiest way out. (That's why I took that route, but now I'm finding that as I'm working on the sixth book in the series, I'm having to check back on some geographic facts that I myself created.)

I admit that I have even greater admiration for those who recreate accurate, believable, historical settings in their fiction. An example of that among SSers is Janice Law's Fires of London. For more examples of impressive locations, see David Dean's recent blog Location, Location, Location. 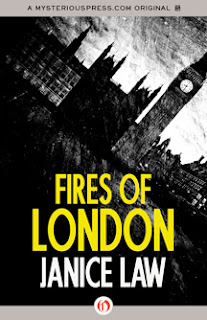 This began with my emphatic statement that St. Mary, SC, and Surcie Island, SC, are my creations. I'll close by telling you that a writer friend of mine has sold a story he set in St. Mary, SC. He used a low country ruins scene I made up for another series and actually had his character mention Emily from my story Leigh likes: "Emily's Ghost Story." He called me on the telephone all excited about the sale (and when he has a publication date, I'll share it with you), but I confess that though he called it "homage," I wasn't really joyful about it. However, if Stephen King gives his wife permission to use his town in her novel, my friend can borrow some name from me.

I never introduce a song performance nor a prose reading with an explanation. I feel that the work should stand on its own. I also am not fond of books that begin with a list of character descriptions and/or a map of the location. I prefer to learn these things as I read, yet, after writing this, I actually considered making a map of St. Mary, SC, showing locations of events such as where Bill was caught making out with Loose Lucy during the candlelight vigil when Jane was kidnapped and where Little Fiddlin' Fred is buried in his gold-plated casket as well as recurring places like Callie's apartment, Middleton's Mortuary, Pa's homeplace, June Bug's burned out "Club," Rizzie's Gastric Gullah Grill, and other spots.

On second thought, that sounds like far too much work. Callie's readers will have to be satisfied with word descriptions.

Fran, I wondered if your name had a hint of Agatha Christie. Wasn't Miss Marple's village St. Mary's Mead?

I did enjoy Lovecraft's towns. He actually encouraged friends to use his characters and towns in their own writing, sparking a sort of fan fiction.

Leigh, perhaps subconsciously I was remembering Miss Marple when I named St. Mary, but Miss Marple was much more lady-like than Callie and Jane. My research only included SC, and I later discovered there is a St. Mary's, Georgia.
I agree on letting towns depend on the situation, sometimes real, sometimes fictional, and sometimes unnamed.

Fran, your choice of authors is impeccable!

I think a map of "Callie Country" would be fun. I have always enjoyed the illustrated layouts of fictional towns and countries. Of course, I was also the kid who read the comic book versions of classic novels.

Thanks, Jsnice, David & Anonymous.
Callie Country might be as much fun as arriving at book-signings in the Callie-lac. Actually, in the inner city schools where I taught, I just wanted them to READ, and if a comic book (or MAD Magazine) served that purpose, I appreciated it.

Fran, I'm sorry to post this comment so late. I've tried to post earlier, several times, but something always went haywire around the house just after I finally managed to navigate my computer to the comment page. I’d huff, and have to shut down my computer to take care of one of the kids or my dad or something. That’s why this comment is so late.

Your post evoked a memory of a discovery I made when living in Monterey, CA while studying Arabic in the army. In Monterey, they claim Robert Louis Stevenson created the map in the original Treasure Island manuscript by tracing a map of the Monterey Peninsula. A fictional island based on real peninsula; I always thought that was great.