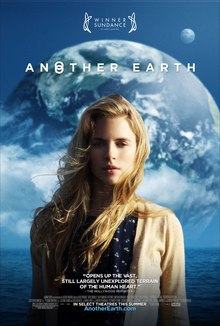 One of the great new trends (imho) in movies these days is indie movies that take semi sci-fi/fantasy concepts and run with them, using minimal (if any) special effects and lots of really good writing.  I include in this category the haunting "Another Earth", and the two comedies "Safety Not Guaranteed", and "Seeking a Friend for the End of the World".   (I recommend all of these, even though I thought Keira Knightly's narcolepsy in the last was a bit much.) 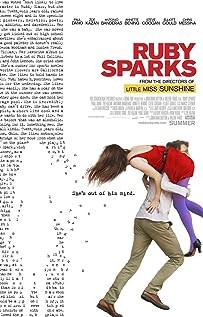 The latest one I watched was "Ruby Sparks," about a young, genius writer with severe writer's block, who manages to write his dream girl into life.  And it's great, really great, taking the whole concept and going balls to the wall with it - until the last five minutes.  At which point, a happy ending was tacked on, a happy ending of such unbelievable proportions (to me) that I was screaming at the TV set. (NOTE:  I do this a lot; my husband has learned to live with it.  In this case, he agreed with me.  And I will not give any more away except to say that any good working psychiatrist would not be using phrases like "beautiful" and praising the hero for his behavior, but would be recommending something intense, like in-patient treatment...  I also think that the estate of David Foster Wallace could sue the writers, but that's another rant.)  Anyway, I still recommend the movie, but only for the first hour and 40 minutes.

But don't you hate when that happens?  When someone takes a great idea, and does it so well that you are absolutely hanging on, breathless, can't wait to see what happens next...  and then the balloon just doesn't even pop, it deflates and you're sitting there wondering what the hell happened.  I felt that way about Woody Allen's "Love and Death" and "Sleeper", both of which I still think are genius - until the whole plot line of "let's kill the leader" takes over.  (These days, I just fast forward to the little gems at the end.) Great endings don't have to be happy; they don't have to be tragic; they don't have to be funny (although what would "Some Like It Hot" be without Joe E. Brown's magic line?).  But they do have to fit what's happened before.  They have to match the characters.  My husband and I watched "The Third Man" again the other night, and the ending, with that last long shot, always deeply satisfies me, because there's no way after all that has gone before that Anna Schmidt would ever go for Holly Martin.


I think this beats the heck out of "Great Expectations", where Dickens made the mistake of listening to Bulwer-Lytton - the original author of "it was a dark and stormy night" - and rewrote his ending to put Pip and Estella together.  But to be fair, Hollywood pairs people up come hell or high water all the time.  What was House doing with a girlfriend?  Why do the modern turns on Sherlock Holmes feel the need to make Irene Adler a romantic interest?  (And, now that Watson's female in "Elementary", how long until she and Sherlock hook up?)  Why did the Geraldine McEwan version of Miss Marple have to give her a heartbreaking romance?

But back to endings.  A lot of endings are, as we all know, entirely different from the book.  James Thurbur once wrote that if Hollywood were to do "Antony and Cleopatra", they'd have Antony saying, "I am mending, Egypt, mending." But to be fair, in the 18th and early 19th century, most Shakespeare tragedies were given happy endings.  Romeo and Juliet live; Ophelia is saved from drowning; Cordelia wakes up; etc.  Dickens skewered this in "Nicholas Nickleby."   And sometimes the changes work, as in "The Big Sleep."  In the novel, Marlowe falls for Mona Mars - "silver-wig" - and ends up with nobody.  In the Bogie/Bacall movie, he falls for Vivian Sternwood and goes off with her.  I think both work, for different reasons, and that's fine with me. On the other hand, I hate the movie "The Natural," because of course when you have Robert Redford playing the hero, he has to save the day, even though that ruins the whole spirit of the piece.  I prefer the novel, where Hobbs is indeed Everyman, a sinner, a failure - a human being, not a hero...

But now, of course, I'm faced with ending this blog entry.  All I can say is that if I really like a book or a movie, I invest in the characters, in the story, in the concept.  And I want all of those, whenever possible, to stay true to their promise. I know.  It's hard to pull off.  Sometimes it will break your heart.  But if it's right, you have a classic.  Here's perhaps the ultimate example:  would we remember "Casablanca" if Ilsa had stayed with Rick?