A Heavy Dose of Light Verse

As is often the case, I recently found myself inspired by one of my SleuthSayers colleagues.  This time it was Rob Lopresti and his "Hello, My Lovely" poem a few days ago.  I loved it!  While neither of us is well known for poetry, both Rob and I enjoy wordplay in thirty-one different flavors, and sometimes that's all that's required to turn out an occasional piece of light verse.  I have probably turned out more than I should have over my relatively short writing "career," but I truly like the sound and rhythm--and humor--of certain kinds of poetry.  And I often prefer poems that "tell a story."

Even though I confess my lack of serious poetic knowledge or talent, I would like to present a few of my mystery poems from the past several years.  I call them that because (1) they involve a crime, (2) they were published in mystery magazines, and (3) it's a mystery that they got published at all.  For the record, these first appeared in places like Mystery Time, Murderous Intent, Ellery Queen Mystery Magazine, The 5-2: Crime Poetry Weekly, and Futures Mysterious Mystery Magazine.

NOTE: I'm recycling even further, here, because several of these ditties were featured in one of my Criminal Brief columns more than four years ago--but I'm hoping that those of you who might've read them there have fully recovered by now from any mental anguish or acid reflux they might have caused.


A WIFE IN THE COUNTRY

Turk McGee sipped his tea and contentedly sighed
As he lounged on the porch and observed his young bride;
She was working the fields, as she'd done every day
Since her father arranged for her marriage last May,
But what Dad hadn't known (and McGee hadn't said)
Was that Turk thought all girls became slaves when they wed.
Just today, for example, she'd plowed until three,
Stopping only two times to pour Turk some iced tea;
But at last she was done, and looked quite peaceful now
As she unhitched the mule and put up the old plow.
When she walked to the porch, McGee'd finished his glass
And was watching the mule as it rolled in the grass;
"I been wonderin'," he said, "how a woman abides
A dumb beast that's so mean and so lazy, besides."
"I been wonderin' that too," she remarked to old Turk,
And then sat down to wait for the poison to work.

Clarice Starling was a pro,
Bernie Rhodenbarr a con,
Ranger Pigeon was an Anna,
Vito Corleone a Don.

Inspector Pitt was smart and cagey,
Spenser brash and bold,
Dave Robicheaux sleuthed in the heat,
Kate Shugak in the cold.

Some say these folks weren't real--they lived
In books and books alone;
I say they'll be alive long after
You and I are gone.

When Purpa's flights were smuggling grapes
Its king escaped in vain;
The Purpals found His Majesty
Aboard a fruited plane. 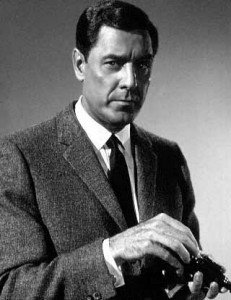 "The character? For real?" asked Sue.
Gunn shrugged. "Don't I look real to you?"
"But you were once a superstar!"
"A fallen star, now tending bar."
"So all this time, you've been right here?"
"Long story. Want another beer?"
When refilled, Sue inquired again:
"So what all have you done since then?"
"Well, two producers died one night--"
"I heard. They both got poisoned, right?"
"--I was accused; I left L.A.,
And caught a boat and sailed away."
She sipped her brew and asked: "With who?"
"With Gilligan. The Skipper too."
"You hid out on another show?"
"I lived there forty years or so."
"You stayed on, after they were done?"
"An island beach, a naked Gunn."
"So now you're back. Still wanted, right?"
"And undetected, till tonight."
Sue said, with a malicious grin:
"Aren't you afraid I'll turn you in?"
Then, gagging, she fell to the floor.
Gunn smiled and said: "Not anymore."

On the eve of Boone's hanging, Ann Price
Hid a nail-file in his bowl of rice.
No great genius, Boone
Hanged the next day at noon,
But his fingernails looked rather nice.


Enough silliness.  I will now close with a more serious poem, about the commonly held belief that we as fiction writers are sometimes a little weird.  I hope this will help dispel those rumors:

They say creative people tend
To lose their marbles now and then.
Musicans? Artists? That may be--
But novelists? I disagree.
My fellow authors, young and old,
Are all quite sane; this I was told
By Faulkner, Poe, and Hemingway--
I spoke with them just yesterday.
Posted by John Floyd at 00:01