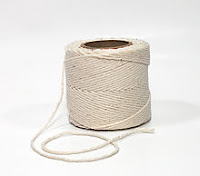 In the October 2010 issue of Alfred Hitchcock Mystery Magazine, its editor, Linda Landrigan, mentioned that approximately half the issue is comprised of series installments, while standalone stories make up the other half. She discussed some of the pros and cons of each type, which then served to arouse my curiosity.

To date, I've sold twenty-five stories to AHMM and each of them, except for the very first one, has been an installment in one of my four mystery series. It seems that when I find myself facing that vast, empty page on my computer screen, it is easier for me to begin a new story with characters I already know. These ongoing protagonists, and some recurring antagonists, are almost fully formed in my mind, which means they are ready to tell me how they will normally act at most given times, and sometimes, in advance, how they will react to a new set of circumstances in whatever is about to become my latest story. This works well for me, up to a point. 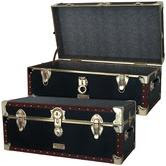 Somewhere about the fourth or fifth installment, the characters have acquired a lot of baggage to carry forward. This means I have to create a chronological cheat sheet as each character develops. Guess you could say, that lacking a certain amount of memory refreshment, the author can't tell all the players without a program.

This cheat sheet also includes some physical attributes and habit tags which allows the Series Reader to say to himself: "Oh yeah, I remember this guy." And, in that one attribute or tag, the Series Reader gets a more complete image of my continued character as if a small compressed file were suddenly unzipped. As for the First Time Reader, he gets his own mental picture of that same character, plus starts building a fuller image to be unzipped whenever he reads the next installment in the series.

To keep my writing enthusiasm at a higher pitch, I try to have three stories going at the same time, in different series. That way, if I hit a speed bump in one story, or the characters feel like they're dragging, then I can jump to one of the other stories where everything feels fresher and more exciting, and I can keep on writing instead of puzzling over what to do next in a story that's temporarily stuck. My unconscious mind can work on that stuck part.

Eventually, I do get weary of all these same characters, in which case I write something completely new. Yep, this new story starts out as a standalone. But guess what? If it sells, then it runs the risk of being turned into a series, because I already know these characters and supposedly how they will act in their normal life and how they will react when their life gets abnormal. Time for another cheat sheet.

No doubt, you have your own opinions on reading or writing strings and/or singles. So, am I missing anything here? As the English comedian Benny Hill used to say in one of his skits on TV, "Always learning, always learning."
Posted by R.T. Lawton at 00:01

I like the idea of the file unzipping. i am alwyas pleased when I come across a character in AH or EQ and say, oh yeah, I remember that one.

I have three series characters but two havent done any work in years, the lazy buggers. I have three more one shot characters who are hoping to make reappearances...

I know what you mean about creating a timeline, family history, etc. If I get it wrong, I'm spoiling a story for someone.

I had a story in AHMM with characters readers thought should continue on, but thus far I haven't come up with a suitable plot. (pondering…)

I love those cheat sheets on characters. Readers seem to remember every detail about each character and will definitely let the writer know about any deviation.
I also use a cheat list for those pesky compound words since I still have trouble remembering what's open, what's closed, what's hypenated, and what would simply be solved by using a different word.

Interesting column, R.T., and you made some great points. I have two different series in several magazines, and I agree that those stories are fun to write, and usually easier to write (for the reasons that you gave). Even so, most of my stories (and all of them in AHMM so far) have been standalones. I'm not sure why--I guess I also find it fun to come up with ideas that just don't fit into the series framework.

Rob, I too like to come across familiar characters--I think all readers do.

Interesting. I've only once used a short story character in more than one piece.

I wonder how Edward D. Hoch did it, with all his characters? And for an as yet unpublished novel, I did a timeline for a house's 100plus year history!