My Favorite Characters, Part I 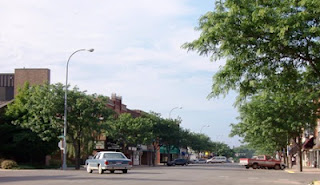 Martha Jane Stark, better known in Laskin, South Dakota, as Matt Stark, is a sixty-something woman with a bad past. The first line I ever wrote about her was that "when she was 16, she ran off with the lion tamer from the circus, and he finally met his match."  The first story I ever wrote with her in it, she had just returned to retire in Laskin, after about a 20 year absence, and got into a huge fight with a former lover.  Since at the time of their affair she'd been in her 40s and he'd been in his late teens, now that she was in her 60s and he was in his 30s, he really didn't want to be reminded of the old days when they couldn't get enough of each other in the back booth of the Norseman's Bar.  Things happened.  I haven't sold that story yet, and I am beginning to suspect that it isn't that good - time to take it out for a rewrite, perhaps.  I figure the world must be ready for a hard living, hard drinking, unrepentant, bad-tempered woman in her 60's:  Think Bogart with sagging breasts... 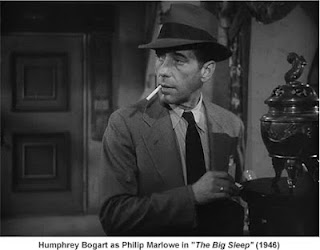 Today, Matt still drinks, still smokes, still gambles (a bit), but has given up men.  Instead, she sticks with dogs, who she admits she likes better than people.  She is mostly honest, and she is loyal.  She drives her brother Harold - a dyspeptic accountant - absolutely nuts, but then he plays life very safe.  For very good reasons.  He is an accountant, and years ago, their father robbed the Laskin bank, and his mother turned into the town hermit.  Harold's been trying to live down his whole family for years. 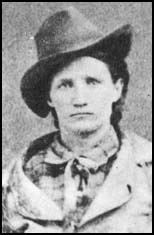 My source material for Matt is two-fold.  Calamity Jane (whose name was Martha Jane Canary) is a definite inspiration, but even more than that colorful woman is my Aunt Katt, who never married, loved dogs, and lived wild.  Aunt Katt was the one who, while living in Chicago, woke up late one night to find someone either had killed or was killing her dogs.  Whichever it was, she got up and, dressed only in her nightgown and a hatchet, went out to find the dog-slayer and have vengeance.  I'm not sure what the outcome was, but in our family the story always ended with "and everyone got out of her way."

Matt Stark is one of my favorite characters, because she is who she is.  She is my truth teller:

Matt about the victim in "Death of a Good Man":  "He was the type that leaves everything behind.  Walks away clean.  Or so he thinks."  And of one of the victim's lovers, "Maria can't believe a man loves her unless he sleeps with her."


Matt on two juvenile delinquents she tends for a while in "School Days":  “They’re okay.  They kept stealing stuff at first, but I nailed them on it.  Now they know they can have toilet paper for the asking, they can eat anything I got, and I turn a blind eye when they snitch a smoke.  Anything else, there’s hell to pay.”

Matt when Carl Jacobsen shoots Jack Olson in self-defense in "Rights":  “Look, a lot of people think you got to take sides.  Cause if Carl made a mistake, then Jack’s dead for nothing, and that just pisses everybody off.  And if Carl’s wrong, that messes with being able to defend yourself.  So Jack must’ve done something, because otherwise Carl wouldn’t have shot him, so Jack’s a son of a bitch, and all’s well with the world.”


I use her sparingly, but I always enjoy it when she shows up, usually having a red beer at the Norseman's Bar, playing euchre at Mellette's, or walking her last remaining dog, Whisper, down the street.  She will do something outrageous, and then she'll say what no one else will.  And order another beer.  And light another cigarette.  And walk her dog.  As long as I'm writing her, she'll never change.
Posted by Eve Fisher at 00:01