1.  Did anyone else notice something odd about the March/April issue of Ellery Queen's Mystery Magazine?  There were fifteen stories and I am going to summarize the plots of eight of them.  No major spoilers here....

* A tourist faces danger in the Caribbean.
* A city hunter disappears in the north woods
* A wealthy woman visiting 18th century Bath meets a charming rogue
* A camper faces danger in a mountain park.
* City kids on a fishing trip here a rumor about a possible serial killer
* A girl's odd boyfriend wants to take her on a boating trip
* Suspicious circumstances abound at a family resort
* An ancient Roman citizen encounters murder in Asia

The theme of the issue seems to be: Stay home.  It's freaking dangerous out there.

2.  My nephew Chris Messineo is the director of the New Jersey Film School.  Undone is the latest crime short-short put together by him and his students.  The young lady is his daughter Joanna.  I can't get the video to embed here but you can find it here.

3.  Amazing article in the New York Times.    Nothing in it quite rises to the level of crime, unless you want to use words like negligence, I suppose, but boy, you could sure write half a dozen crime stories based on it.

Briefly, the University of California - Berkeley misplaced a piece of art that was in their care.  Worse, it arguably belonged to the federal government.

So what was this little doodad they lost track of?  Only a  23-foot long sculpture, worth over a million bucks.  How do you lose that, much less sell it as surplus - for a hundred and fifty bucks, plus tax?  (I'm glad they got the tax, to keep it all  legit).  Too bad they couldn't find an art expert to assess the piece for them - like, I don't know, maybe at the University of California- Berkeley?

Happy ending: it wound up in a library.

4.  On the Short Mystery Fiction List recently they were discussing framing versus flashbacks as ways of telling a story and I remembered that I had written about that on Criminal Brief.    What I did not recall was that the ornery story I complained about in that piece - because I was having trouble with figuring out a way to tell the opening scenes - was "Shanks Commences," currently appearing in the May issue of Alfred Hitchcock's Mystery Magazine.  So I guess I solved that problem. 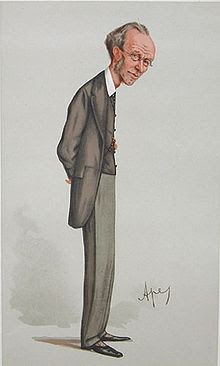 5.   Ever hear of James Payn?  He was a Victorian novelist and I believe his books have been forgotten, but he has one eternal claim to fame.  True story: In 1886, as editor of Cornhill Magazine, he rejected A Study in Scarlet.  Yup, the first Sherlock Holmes novel wasn't good enough for his mag.  You have to wonder what he published in that issue instead, don't you?

In his honor, every time I get a rejection I say "What a Payn!"

Written apologies available on request.
Posted by Robert Lopresti at 00:03

Rob, an entertaining way to start the day, and I LOVE the illustrations.

What a Payn is a useful phrase that should be in every writer's vocabulary.

I recall one of our CB readers wrote that Rob had the slyest humor, which is very true.

I've been meaning to have some words with you about "Shanks Commences". You know what I'm talking about, Bobby, don't look so innocent. Worse, everyone thinks it's a fine story.

If my Underwood wasn't running out of ink, I'd give you a piec…

Doggone it, Velma. When I write that story I figured there was one member of the Criminal Brief who's name I could use for that character without a lit of whining. And what does it get me? You didn't want to be left out, did ya?

(pouting) Put that way… no, of course not!

Besides, that Mr. Lundin never offered me his last name!