I first stumbled across secret Easter eggs– the computer kind– in the early days of the Macintosh. Holding down the OPT key or clicking in certain obscure places could bring up a surprise… names of developers, pictures, or little animations. Other companies began to include hidden features. One of the more unusual third party eggs turned out to be a hidden file of Michelangelo's David… with an erection. 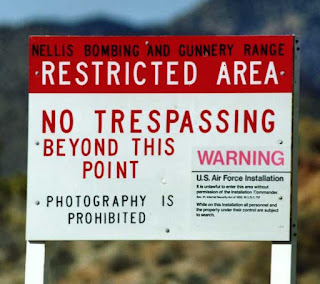 Most Easter eggs are not that scandalous but evoke a wry smile or a raised eyebrow. For example, the Apple Newton PDA shipped with handy interactive maps and an atlas. If you happened to click 37°14'06"N 115°48'40"W in Nevada, an alien popped up along with the tag "Area 51", a decade and a half before the USAF finally acknowledged the existence of Dreamland, the super-secret facility at Groom Lake. Rumor has it the federal government asked Apple to remove that particular feature. 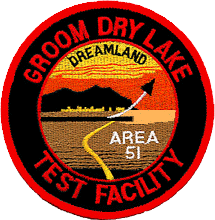 A number of Easter eggs hide today in the Macintosh, some in plain sight– Apple's iconic high resolution icons. For example, the TextEdit (like WinPad) icon shows the text of a speech and the icon of Keynote contains lyrics from the rock musical Spring Awakening's "The Bitch of Living". You can stumble upon an egg that can tell you a joke or provide a cookie recipe.

A Little History
In the late 1969s and early 1970s, software developers occasionally planted quirks into programs. For example, developers might insert a seemingly meaningless string of characters in memory, invisible to the user, but would show up as a picture in what programmers called a core dump.

In a 1974 package called DOCS, CFS developer Dick Goran imbedded a New York Times headline file that would crop up when a terminal's otherwise useless Test Req key was pressed. In an earlier package called DUCS, the same key brought up tic-tac-toe (written by yours truly) that could be played with a light pen.

Even earlier, IBM hardware 'customer engineers' discovered the IBM 1130 gave off RF– radio frequency radiation. In 1968 or so, CEs could set a transistor radio on the CPU cabinet and, running a diagnostic program, play 'tunes' through the radio.

University Unix aficionados were known to hide embedded 'features' in Unix programs. A few of these routines survive in the Emacs editor. Even today, even on the Macintosh, you can type ESC-X (or M-x) and type commands to activate simple 1970s video games:
Thanks to some late night student, you can even watch Star Wars Episode IV… sort of… using Telnet on Unix, Mac, or Windows.

Microsoft developers entered the game late, but Redmond never seemed as comfortable or as subtle as their Apple counterparts. Perhaps their best egg was a road racing game built into Excel. Officially, Microsoft ended the practice of Easter eggs in 2003, but if you use Windows XP or Vista, you can still find Easter eggs.

If you have Google Earth (and you should!), there's a hidden flight simulator. To bring up a plane, hold down CTL-ALT (Windows) or CMD-OPT (Mac) and tap A, where you'll be given your choice of a single engine Cirrus SR22 or a Viper F-16 fighter, followed by a list of international airports. For help, press CTL or CMD and H.

If you use the Firefox browser, you can bring up a couple of hidden features. In the address bar, enter "about:mozilla" or "about:robots" to bring up hidden screens.

Business Insider has Easter eggs for everyone. In the meantime, have a safe Passover and a happy Easter.