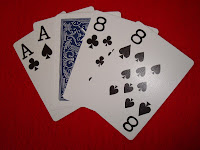 When you're playing a game of any type, your opponent will sometimes make mistakes that you can take advantage of in order to better your odds of winning. Of course when you're playing the undercover game, the outcome, or score, can often be more than points or bragging rights, so you need to be quick and very adaptable.

Here's an example from my early years. A city agency from the other end of the state called up the office one morning to say they had a couple of informants lined up and they needed an undercover agent. So, I packed my bags and went. I was to be the U/C guy and the other agency would provide the surveillance teams.

In a motel out on the Interstate, the city vice detectives introduced me to CI #1. Let's call him Benny. I debriefed Benny, wrote him up as a Cooperating Individual and ran with him for two days and nights. He duked me into several alleged criminals, but somehow, a deal never went down. I became suspicious as to what his game really was, soon terminated our relationship and strongly suggested he leave town so that we would not run into each other again.

Then, I went on to CI #2. This guy was a piece of work in progress.

CI #2 lived in a house where he controlled his own "street family." Being the paranoid guy he was about wire taps, he allowed no phones in the house. That meant whenever I wanted him to go do a deal, I had to park in a shopping mall, walk across six lanes of traffic and knock on his front door. So, early one evening just about dusk, I'm standing there banging on his front entrance.

"Who's there?" inquires a voice from inside the house.


"Eli," says I, because that was the name I was using at the time.

The door opens up, and who's the guy doing the opening, but Benny himself. Strange, he never told me during the debriefing that he knew CI #2, but I can tell by the sudden expression on his face that he definitely remembers who I am from our two days spent together. So what am I to do? I don't want my cover blown to the "street family," and I sure don't want to jeopardize CI #2's situation.

There was nothing else for it. Violence does indeed solve some problems. I instictively reached through the doorway, grabbed Benny by the throat, hauled him out of the house and dragged him over to the parking lot where we, shall I say, came to a mutual understanding of great portends. It must have been an effective lecture on my part, because I learned much later that Benny, on that very same night, proceeded to rip off a young entrepreneur for fifty pounds of pot in order to have travelling money out of the area.

Of course my problem now is I still have to go back to the house because CI #2 is too damn paranoid to have a telephone in the place.

I knock on the door.

"Who's there?' inquires a voice from inside.


I walk into the living room and everybody in the "street family" is laughing.


"About forty minutes ago," explains one of the street family, "there was a knock at the door and Benny went to answer it. Then this long arm reaches in, grabs Benny by the throat and we ain't seen him since."


At this point, I had to laugh too. It really was funny. 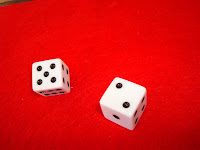 And, that's my "Long Arm of the Law" story. That night, CI #2 duked me into some righteous criminals, and those deals went down the right way. Sometimes, if you make your own luck, things work out. Sometimes they don't, in which case you'd best know a different tap dance. But then when you think about it, life's a gamble anyway.