The Death of the Detective 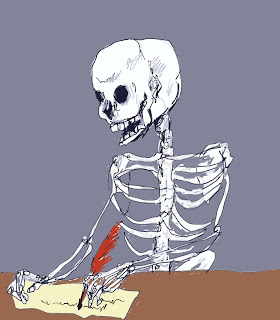 One of the sad facts of life is that relationships sometimes go bad. Out in the real world the old staples of greed, lust, and anger usually do the trick, with pride and sloth in the wings as needed. In the literary world, boredom seems to be the key, as writers cast out characters who have brought them pleasure and, occasionally, both fame and fortune.

The most recent victim of authorial malice is Kurt Wallander, the gloomy but persistent Swedish detective, who has fought off both depression and diabetes to solve complex crimes in Ystad. Henning Mankell has brought the series to a believable but cruel end with The Troubled Man, saddling Wallander with a modern fate worse than death, when he could have retired the poor man to a little time with his charming granddaughter.

Well, Mankell, who was obviously very ready to end the series, must know his mystery history. Detectives of the fictional sort, who live a precarious existence between their creators' little grey cells and the printed page, have proved to be surprisingly durable.

Consider the most famous of them all, Sherlock Holmes. Despite his immense popularity, his creator grew tired of him, believing that his adventures took time from what Arthur Conan Doyle considered the more important historical novels. Holmes had to die, and, given his intellect and his stature in the profession, he could have no ordinary death. Doyle settled on sending him over the Reichenbach Falls in Switzerland, caught in a death grip by his nemesis Professor Moriarty.

As Doyle's mother had predicted, the legion of Holmes' fans were not amused, and in 1901, Doyle relented, returning with one of the best of the novels, The Hound of the Baskervilles. Moriarty had drowned, not Holmes. The detective had faked his death to elude other enemies, a twist so convenient that it doesn't take a Freudian to wonder if Doyle had not picked a fate for Holmes that left just a little wiggle room.

The list of resurrected detective (and thriller) heroes does not end with Holmes. Baroness Orzy's Old Man in the Corner was favored with a disappearance, not a death. And just as well. He returned for several dozen more adventures after his reporter friend assured us that she had never seen him again.

As befits a super secret agent, James Bond made an even more triumphant return from what looked like certain death. Whether or not Ian Fleming had grown weary of James Bond, he nearly dispatched him with a kick from Soviet spy, Rosa Klebb's poisoned shoe. For a time, 007 lingered near death, but, to the immense profit of what became the James Bond movie franchise, he recovered. Thanks to a core of thriller writers and movie impresarios, Bond has easily survived his creator's own demise.

Agatha Christie, she of the perfect plots, left no room for error when she dispatched Hercule Poirot. Indeed, thinking ahead, she killed Poirot off fairly early in her career but saved the novel in which he dies for her extreme age. Curtain was a big hit late in her career, and fans, who had enjoyed decades of his adventures, did not storm the literary barricades to bring him back.

Of course, there are writers of greater mercy - or greater ambivalence - who do not cry 'off with his head' quite so quickly. Dorothy Sayers was so fond of Lord Peter Wimsey that she spared his life and took what might be called the Romance Writer's Option. After many delays and tribulations, she married him to Harriet Vane, the love of his life and, following Busman's Honeymoon, sentenced him to domestic felicity.
A few short stories reflect his happiness with his wife and family but though pleasant, they do not rival the novels. Happiness, it seems, is not a requirement for a detective, and a happy marriage seems a positive detriment to the private eye.

Maybe that's why I finally retired Anna Peters, who had seen action in eight novels, and who, somewhat incautiously, I had aged along with myself. Being tenderhearted, I disliked the thought of killing her, but I felt written out and, easily bored, I disliked doing the back story that each new novel seemed to require. Besides, as we got into our fifties I could see trouble coming for a woman of action. She could get killed or she could turn into Miss Marple.

Marple having already been done to perfection, I took the modern tack of having her sell her now successful Executive Security firm to an eager young businessman, Skipper Norris, formerly an NFL quarterback. Norris had a small part in Crosscheck, the last of Anna's adventures and rather to my surprise, he was negotiating to buy the firm by the end of the novel.

I think I can say he saved her life. In any case, she has not reappeared in the neurons. I imagine she is occupying herself pleasantly around the art world with her artist husband, perhaps repairing her neglected education, and solving minor crimes that she does not need to confide to me.
Posted by Janice Law at 00:01