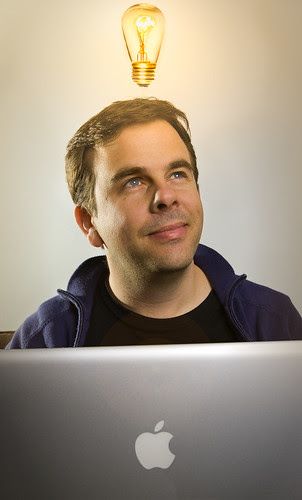 My name’s John Floyd, I live in Mississippi, my wife and I have three grown kids, and I write mystery stories. Writing is actually my second career—IBM was my first, and as Clint Eastwood said after the final gunfight in Unforgiven, I was lucky in the order. If I had discovered my love for writing when I was twenty years old, my family would probably have starved.

I’d like to begin by making something clear: I’m not writing this first column at our new blog because I’m the best choice for that. I’m writing it because for almost four years I wrote the Saturday column at the Criminal Brief blog, and since we contributors to CB are finally turning in our badges and guns, and since several of us are migrating here from that site, and since today is Saturday… well, you get the picture. I’ll be alternating Saturdays with my friend Elizabeth Zelvin, who writes wonderful mysteries.

Spin Me a Web

To me, coming up with the plot of a story is more fun than everything else put together. I don’t deny that characterization and description—and all those other things that you must do well to be a successful writer—are important. Of course they’re important. Without them your piece of fiction isn’t interesting and it isn’t marketable. But I think the pure enjoyment of weaving a good plot, one that’s suspenseful and believable and entertaining… well, that can’t be beat.

Since I write mostly short stories, much of that plotting is done ahead of time, in my head, before the first word of the story is put on paper. Is that outlining? Probably so—at least mental outlining. And what I’ve outlined sometimes changes once the writing starts. But to me, some measure of before-the-fact brainstorming is not only necessary, it’s fun.

My story process consists of three steps: planning, writing, and rewriting. For a typical short story, the research and planning (pre-plotting?) phase probably takes the longest, maybe a couple weeks; the writing of the first draft might take a day or so; and the rewriting and editing can take another few days, or as long as a week or two. These times are directly proportional to the length of the story. Then I let my wife read it, I incorporate (or not) her ideas, and I mail it off into the great beyond. And then I start on another one. I’ve gone through that cycle so many times it’s as natural as climbing out of bed in the morning.

I hope I’ve done it enough that by now I know what I’m doing. But anytime I start patting myself on the back, anytime I even begin to think I’ve mastered the art of plotting a mystery story, I think of the last time I read a novel by Nelson DeMille or Harlan Coben, or Block or King or Lippman or Deaver or Sandford—or the last time I read a short story by someone like Jack Ritchie, Bill Pronzini, Roald Dahl, Ed Hoch, or Fredrick Brown. These folks are, to use the current catchphrase, amazing. Their expertise in creating compelling plots can inspire amateurs and veterans alike. Read them and learn.

I also like the way great authors incorporate plot twists, not only at the end of a story but in the middle. Read a novel by Lee Child, for example. You might think you know what Jack Reacher will try next, and you might think the story will turn out a certain way, but at least two or three times during the book, the plot does a one-eighty and takes you in a completely different direction. Child’s talent for that kind of reversal, for keeping the reader off-balance, is one of the many reasons he’s so successful, and so enjoyable to read.

I think most of us agree that a mystery (novel or short story) is essentially a puzzle. The writer is presenting the reader with a question to be answered, a puzzle to be solved, a situation in which a likeable character (cop, PI, ordinary Joe, whatever) faces a difficult problem. And the writer’s job is to somehow solve that problem for the character, and thus for the reader, in a way that is (1) satisfying and (2) unexpected. That’s not as easy at it sounds, and it’s always a challenge—and a thrill—to find a way to steadily build the tension and make things eventually “turn out right.

I love all kinds of puzzles, and I think almost anyone who likes puzzles also enjoys reading mysteries. And I think anyone who doesn’t like puzzles shouldn’t try to write one. He probably wouldn’t even want to.

Tell Me a Story

A quick word on the old argument about whether plot is more important than characterization, or vice versa. Both—obviously—are vital ingredients of good fiction. But I’m always amused when I hear fellow writers say, “Don’t worry about the plot. Just choose interesting characters and then give them something to do.” Well, here’s a news flash: What they do is the plot.

I like the following quote from Secret Windows, a collection of essays by Stephen King:


“All my life as a writer I have been committed to the idea that in fiction the story value holds dominance over every other facet of the writer’s craft; characterization, theme, mood, none of those things is anything if the story is dull. And if the story does hold you, all else is forgiven.”