If It's Tuesday, This Must Be . . . An Introduction 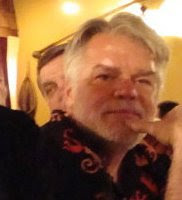 Introductions, awkward always, remind me of the opening lines of Emily Dickinson’s poem:  I’m nobody, who are you?  Are you nobody too?  While I am in august company on SleuthSayers, I am still pretty new to this game.

I came to fiction writing later in life, near the end of my stint as a Deputy Assistant General Counsel for Litigation at the U.S. Department of Transportation.  There I wrote and (even more) edited the writings of others for over twenty years.  But those writings were not narratives, worse still, they were legal briefs!  I left all of that behind when I retired in 2009.  Since then I list my occupation as “recovering attorney.”

Although I have some stories “making the rounds,” and others solidifying in outline form on the hard drive of my lap top, my published mystery fiction (as of this writing) numbers two stories.  “The Book Case,” EQMM May, 2007, was written with the assistance of Kurt Sercu, proprietor of “Ellery Queen, a Website of Deduction.”  (More on Kurt and his great website another week.) The story won second place in the 2007 EQMM Readers’ Award competition (missing first place by one vote) and was nominated for the 2007 Barry Award for best short story.  “The Mad Hatter’s Riddle,” a prequel of sorts, was published in the September/October 2009 issue of EQMM.  Both stories are pastiches, tributes if you will, to a character with whom I literally (pun intended) grew up – Ellery Queen.

In a November 2010 column in Criminal Brief, James Lincoln Warren, during the course of commenting on his own efforts to write a Nero Wolfe tribute, said this of my stories:

But is it really a good idea to write these tributes, to put one’s own spin on someone else’s idea?
Well, in the case of Dale Andrews, the answer is a resounding yes, because if he didn’t write an Ellery story or two, he probably wouldn’t have published anything at all in terms of fiction, and the stories are very good.

I love the reference, and not because it is one of the rare comments addressing my writing.  Rather, I love it because it is quintessential James.  It is a compliment surrounding a cold, hard truth.   For he is correct – at least at this stage my fiction is comprised solely of pastiches.

As I pointed out some years back in a guest column I wrote for Criminal Brief, if you Google “pastiche” looking for a definition, the first one you will find is this: “a work of art that intentionally imitates other works, often to ridicule or satire.” You might guess, if you have been following this, that the definition I will offer up instead is one penned originally by Frederic Dannay, writing as Ellery Queen. Dannay wrote that “a pastiche is a serious and sincere imitation in the exact manner of the original author.” The readily apparent difference between the two definitions is that the former includes the parody – since it invites “ridicule or satire.” The latter, I would argue, correctly excludes both.

My belief is that you have to approach characters created by other authors with reverence and with care.  My own rule for writing pastiches is also the basic cardinal principle for the practice of medicine: “first, do no harm.” To me this means that the protagonist who enters at the beginning of the story, and the one who emerges at the end, should be recognizable as the protagonist that you, the reader, expected.  Liberties can be taken, and I have done so in my stories, but it seems to me the author must always ask whether each of those liberties should be taken.  Constrained by Dannay’s definition, the writing style, the characters, and the plotting should, to the extent possible, emulate the original. As such, a strict pastiche is an homage, or as James Lincoln Warren notes in his aforementioned article, a tribute.  The pastiche, or tribute, is therefore a brittle form that calls for a deferential approach.

By contrast, liberties are taken regularly with Sherlock Holmes (a favorite subject of imitation since the Conan Doyle stories are now in the public domain).  Some of these I cannot read, and certainly would not write.  I remember as a teenager trying to read a Sherlock Holmes story that ultimately cast Holmes as Jack the Ripper and ended with Watson killing him.  I hurled the book across the living room and only picked it up again to deposit it in the trash.  Harm had clearly been done.

Other transformations of Holmes are more difficult, perhaps, to judge.  Should Holmes be relegated to the role of secondary character to his “wife” (who isn’t even Irene Adler!) as Laurie King envisions the character in her very popular Mary Russell mysteries?  And what about the new BBC series, which cuts and pastes Holmes into 21st century London, relying on blackberries and laptops?  Inevitably it is up to the writers of pastiches to determine how far the rubber band can be stretched, and then up to the reader (or viewer) to determine whether the rubber band has, in fact, been snapped.

A new battle is currently brewing concerning the further adventures, if you will, of Agatha Christie’s timeless sleuth Miss Marple.  Christie (famously) did not like the portrayal of her character as envisioned by Margaret Rutherford in the 1950s. She reportedly complained in one letter: “[w]hy don’t they just invent a new character? Then they can have their cheap fun and leave me and my creations alone.”  One can only suspect the reaction Dame Christy might have to recently announced plans by Disney to cast Jeniffer Garner as a re-invented young, hip and sexy Miss Marple.  Seems to me harm may well ensue!

With Holmes there is no one to object when things go too far (as in the case of Holmes as the Ripper) since copyright protections have long since expired.  Recognizable or not, Holmes and Watson are now afoot in the public domain; not yet the case for Christie or Queen.

Thus, with Ellery even if I did not follow to the best of my ability the constraint of “doing no harm,” that constraint could nevertheless be imposed externally since each pastiche featuring Ellery as a character – whether by me, by Jon Breen, or by the late and truly lamented Ed Hoch –  must be read and approved by the surviving children of Frederic Dannay and Manfred B. Lee before it is allowed to see print.  I did not include Francis Nevins, author of “Open Letter to Survivors,” surely one of the greatest Ellery pastiches of all time, in this list since Nevins never explicitly identifies his detective as Ellery.  I suspect, however, that that story also only saw print after Frederic Dannay, then still very much with us, gave it his seal of approval.

So much for this Tuesday.  What to expect in future weeks?  Well, I like Golden Age mysteries, whodunits that are "fair play" detective stories.  I also like to discuss how everyday events (and funny mistakes) can be re-cycled into ideas for stories and clues.  However, I am not certain exactly where Tuesdays are headed since I have yet to hear anything from my partner in crime (fiction) TBA who, I am sure, is “TB” to his or her friends.  I’d certainly like to hear from him or her by next week since I didn’t sign on to be the only “weekly victim” in this particular whodunit!