My new blog brother, John M. Floyd, with whom I will be alternating Saturday posts on SleuthSayers, said in his introductory post last week that what matters most to him as a writer and as a reader is plot. For me, it’s character. 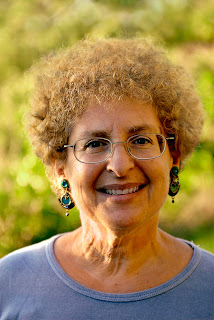 I can think of many reasons this is so, and they fit right into the task of introducing myself on this new blog.

I write what I love to read.
Complex personalities and intense emotions fascinate me. I love how series characters and their relationships develop over time. I go back over and over to character-driven novels in which the characters seem so real that I experience a longing to be one of them—not to be, say, Harriet Vane or Judge Deborah Knott, but to dine in Oxford with Harriet and Lord Peter Wimsey, adding my two cents (shillings? “P”?) to the conversation, or to hang out with my guitar on that North Carolina porch with Judge Deborah and her family, preferably singing along.

I am a character.
A few decades ago, I was relaxing in a hot tub with a couple of women friends (there’s a great Charles Addams cartoon of three witches doing the same in a cauldron), and one of them said, “What do you really want to be—not do, but be, ultimately?” Without any conscious thought, I said, “A wisewoman and an outrageous older woman.” I’ve been working on both these roles ever since. First I got the “Outrageous Older Woman” T-shirt. Then I wrote the song. And now it’s the title of the album of original songs I’m about halfway through recording.

I’m a shrink.
That’s the wisewoman side of me. I know many people believe that most therapists are crazy. I disagree. If your therapist is nuts or has a disastrous personal life, you’re not getting your money’s worth. Therapy is all about character (although I’ve heard some rollercoaster-ride plots while listening to clients’ stories). Therapists thrive on connection. They love their work because it opens windows onto the intimate world of others. That makes therapists a lot like storytellers. When I was active as a poet, I used to say, “All my stories are true.” As a novelist and short story writer, I say, “I make things up.” (Alternatively: “I tell lies for a living.”) But it’s really the same thing.

I was born to schmooze.
I’m a New Yorker. If I can say it, with my voice, my hands, or my fingers on the keyboard, I probably will. I love book launches and book tours, conventions and conferences, not for the books I’ll sell or the craft and business secrets I’ll learn, but for the schmoozing. Yes, I’m on Facebook. And I do love blogging.

I want to make people laugh and cry.
I doubt that reading exactly which model of AK-47 a fictional assassin used moves even the most technophilic reader to tears. Nor is even the most ingenious locked room puzzle hilarious. Suspense arouses emotion, certainly, and good thriller writers can sure ratchet up the anxiety, frustration, and dread as the reader turns the pages. Suspense works even if the character is so flat that the only possible answer to the question, “What’s he like?” is, “Well, he was Tom Hanks in the movie.” But I don’t like to be scared. I want to be moved. It’s the characters, their emotions, and their interactions with each other that move me, and I want to move readers of my books and stories in the same way.

“So what have you written, Liz?”
Having given you a character-driven introduction, I guess I should mention my publication credits. My mystery series featuring recovering alcoholic Bruce Kohler (and his friends, Barbara the world-class codependent and Jimmy the computer genius) started with Death Will Get You Sober and includes Death Will Help You Leave Him and four short stories, the latest just out in the anthology, Murder New York Style: Fresh Slices. The third novel, Death Will Extend Your Vacation, is due in April 2012. My short stories have appeared in Ellery Queen’s Mystery Magazine and various anthologies and e-zines. Three have been nominated for the Agatha Award for Best Short Story. The two most recent, both in EQMM, featured Diego, a young marrano sailor with Columbus, whose story continues in a YA novel (so far unpublished). A standalone story about art theft at the Met will appear in EQMM next year. My author website is at www.elizabethzelvin.com. Along with SleuthSayers, I’ll continue to blog weekly at Poe’s Deadly Daughters.
Posted by Elizabeth Zelvin at 00:01

Loved your intro, Elizabeth. And, I have to agree with not crying over the specs of an AK. I only cry if somebody calls it a machinegun. lol
I'm going to look for your new book at the Poisoned Pen, when it comes out.

Liz, glad to get to know you better. Dixon led into what I wanted to say about the "weapon". Note, Dixon, that I did not say "machinegun." The specific weapon may not matter to the writer, but if he or she names an inappropriate weapon, it's going to distract readers who are knowlegable about guns, knives, or whatever weapon is mentioned. I never want to distract my readers from the characters or the plot. I have a gun expert who advises me. In my second Callie novel, Hey Diddle, Diddle, the Corpse & the Fiddle, the first weapon is a tuning fork. The guys at my favorite music supply store and I had great fun
experimenting until we determined exactly which one worked for the plot to kill a dwarf fiddle player. BTW, thanks for the tips on posting. I needed them.

My mother perfectly understood the desire to be "an outrageous older woman," although we politely used the word 'eccentric'. But it was oddly clear she had little interest in remaining youthful past the sell-by date.

We're glad to have you with us, Elizabeth.

I'm back! I want to apologize to the Little People of America for referring to Little Fiddlin' Fred as a dwarf in my first comment. I know "little person" is the preferred term, but he is technically an achondroplasic dwarf, which is explained in the book.

Velma, some of us females have been eccentric, weird, or outrageous if you prefer, our whole lives. I'll bet you're just like your mother, but far from reaching the sell-by-date.

Good luck with the album, Liz. Just wait 'til you hear some DJ play a song from it on the radio. It's a great thrill.

I think part of being an outrageous older woman is discarding such categories as "youthful" and "sell-by date." I still do almost everything I did when I was younger, including occasionally embarrassing my nearest and dearest with my exuberance and outspokenness.

Great post.
I'm well on my way on the "older" and the "outrageous" part. It's very liberating to stop giving a @&%^ what other people think. The wisewoman part? I guess we'll just have to wait and see.

I'm for multiple "O's"! (Outrageous, Older, you can figure out the rest of the O's).
I agree with character. If the reader doesn't care about your characters, they're not going to get to your plot.

When you get your CD recorded I'll swap ya for one of mine.

Good column. I find that character is easy, plot is hard. As I said once before, my head is a wating room stuffed with people impatiiently expecting me to give them something to do.

It's great to see that you're part of this terrific new blog. Your upcoming story in EQMM sounds great! I look forward to reading it.

Funny timing on this topic, Liz. I just had this conversation with my wife as we both read a lot of crime/detective/police procedurals. The writers we like-Dibdin, Leon, Nadel, Kellerman, Martin Walker for example-- all create interesting characters whose lives reflect change, growth, a personal history. Recently we've added a second layer: most of these protagonists have some sort of "ordinary" life with a partner, kids, outside interests. The noir loner--screwed up, tormented, obsessed with the darkness, usually violent--has lost our interest.

Looking forward to your future posts.

For me character and plot are inseparable.
Welcome aboard.

Congratualtions, my friend, on this additional blog. Reading your comments about your aspirations and knowing my own - which are the opposite of wanting to be outrageous - except maybe to my cat or a verrry selected audience! it is wonderful that on this god-blessed earth we can be different and yet be good friends. God bless! Look forward to the art theft! Thelma Straw