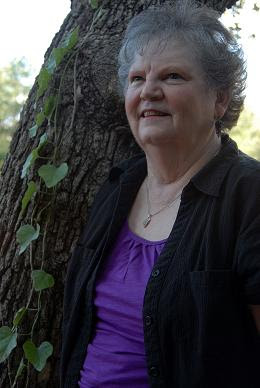 I’ll admit I was reasonably happy living in my 30 ft. 5th wheel RV with my two 14 year old cats, Nick and Nora, when my daughter, Karla, said she wanted to buy me a house. “Buy me a house?” said I. “I barely have energy enough to clean this trailer, how the heck will I be able to keep a house clean?”

“But, Mom. Just think how awesome it will be to live in a nice house, decorated with plants and nice pictures and nice furniture. You can have a real bathroom without dealing with emptying the black water tank. You won’t have to worry if your propane tank is going to run empty in the middle of the week-end and a Blue Norther is swooping down from Amarillo. You can have a washer and dryer and not have to use the laundromat at the RV park."

“Hmm.” She did make it sound enticing. Except all I could think of was vacuuming, mopping and dusting all that knick-knack sh** that I knew she wanted to decorate with to make the house look awesome. “But a house, a whole house. I’m just not sure.”

“Okay,” she said, “but you think about it and I’m flying down there next week and we’ll look around.”

My daughter came down from Nashville, where she lives, to Central Texas where I was happy as a lark in my RV and guess what? We found a great house, she and her hubby bought it and I moved in the last week in August. And I love it. Three bedrooms, two baths, a fire place, a bay window and a kitchen island. It’s decorated with plants, super pictures, positive sayings, and all that knick-knack stuff that make a place warm and awesome.

My late husband, Elmer and I had semi-retired in 1990, then decided to open a mystery bookstore. Mysteries and More was a wonderful store, and we featured our local Austin and Texas area mystery writers. Mysteries, because that was my first love and I was also writing mysteries.

In 1999, Elmer and I decided to retire and follow our dream of traveling the west and southwest so we sold-out the bookstore, bought a 5th wheel and took off for New Mexico and points west. We spent three summers traveling and coming back to Austin to our house, then decided to give up the house and live in the RV full time. We enjoyed every minute of it and so did Nick and Nora, who you might suspect were named after The Thin Man’s Nick and Nora Charles.

I’d penned a Private Eye novel in the mid-eighties but it wasn’t good enough to be published although I did get close a couple of times. In the late-eighties I published a couple of short stories in a small subscription magazine that paid in copies. I was writing a column for Mystery Scene magazine, did interviews and wrote book reviews. Soon I began selling stories to Ed Gorman, Marty Greenberg and Bob Randisi for anthologies. The ones for Ed and Marty were for theme anthologies; the Cat Crime Series, holidays like Christmas and Mother’s Day, White House Pets, etc. For Bob Randisi who founded Private Eye Writer’s of America: stories for Deadly Allies and Lethal Ladies. In 1998, I won an Anthony for Best Short Story, “A Front Row Seat,” in the Vengeance is Hers anthology, which was also nominated for a Shamus award.

Dean James and I co-edited Deadly Women which had articles, interviews and stories by and about women mystery authors. We were nominated for an Edgar, an Agatha and a macavity. We won the macavity, given by Mystery Reader’s International.

I sold my first mystery novel in 2000, titled Austin City Blue, featuring Zoe Barrow an Austin policewoman. It was nominated for an Anthony for Best First Novel. The second Zoe Barrow, Dark Blue Death came out in 2005, and in 2002, Five Star, my publisher, released a collection of my short stories titled, Found Dead In Texas.

Last September, my third mystery, What Doesn’t Kill You, a non-series book was published by Five Star.

In 2009, R. Barri Flowers and I co-edited, ACWL Presents: Murder Past, Murder Present, an anthology of stories written by members of the American Crime Writer’s League, published by Twilight Times. In April, 2012 our second anthology, Murder Here, Murder There will be released by Twilight Times. I have a short story in both.

“What does this all have to do with my moving?” you ask. For one thing, I now have a room that is going to be a real office. With “Going To Be” being the operative phrase here. After living in an RV for over nine years, I had accumulated more books, tablets, pens, reams of paper, etc., than you could imagine and now I’m slowly, very slowly trying to get the “office” set up.

This entailed getting internet access, which isn’t always easy or affordable in the TX Hill Country, getting my old computers set up and operational. It’s just NOT that easy for a person who has the cyber-technology skills of a horned toad to do.

However, having said, all that I’m delighted to be joining my fellow writers in this great new blogging adventure and look forward to seeing each of you readers every other Monday. My writing partner is Fran Rizer and I certainly expect her to keep me in line, online and on time. So y’all come back now, you hear?
Posted by Jan Grape at 00:01