Hello, This Is Me Coming At You 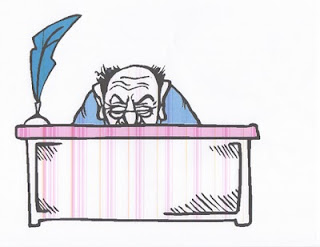 I am happy and nervous to be in the company of so many readers and published writers. When Leigh, my partner for the Sunday articles, asked me if I wanted to be a contributor, I said yes before I thought about it. Later, realizing that I had committed myself to write an article for a blog that will attract more readers than my own blog is when I become a little nervous. I asked myself Am I up to the challenge of writing an article that will interest so many readers, especially some of whom are published writes? Myself answered, well what have you got to lose? Accept the challenge.

I retired In 1995, and in 1996, after being away for 42 years, I returned to my hometown of Knoxville, Tennessee. In 2000, I enrolled in the Master Degree program at the University of Tennessee and received my degree in English literature in 2004. I thought about what to do next. I volunteered to edit my high school class newspaper. Next, I realized I had time to read as many books as I could and write about them. So, I began blogging.

In my previous hectic life, after graduating from college, I worked as a reporter for three months for a community newspaper in Chicago. I was not a good reporter because I didn’t like asking questions that people might not want to answer. My next writing job was several years later while I was working in the Social Security Administration. I was promoted to the position of Hearing Analyst in the Office of Hearings and Appeals, in which position for 15 years I analyzed and prepared synopses of disallowed claims from Social Security claimants for the Administrative Law Judges. After the Judge made his ruling following a hearing, I drafted the decision for his or her signature.

I had to follow the strict format demanded by the Office and the Judges, and to learn to write government legalese because the Judges complained that I didn’t “write like a lawyer.”  Creativity was usually not allowed. Occasionally, I was permitted, even expected, to be creative when a Judge knowingly made a decision, favorable or unfavorable, that was against the law and regulations. The motive for doing so might be he or she didn’t like the claimant’s attorney (unfavorable), felt sorry for the claimant (favorable), or disagreed with the law and regulation on certain issues (favorable or unfavorable). I had to construct an argument that I and the Judge knew did not meet the requirements of the law and regulations

I am more a reader than a writer. I read just about everything, but my favorite reading is mystery and crime fiction. I favor detective stories because as Borges has written “...a detective story cannot be understood without a beginning, middle, and end.” It is the ideal structure for any kind of storytelling. I am mainly interested in crime fiction by African American writers.

I now have another reading assignment: to read the stories of my blogging colleagues.

I must end this article because I hear my high school teacher warning me, “Too many 'I's, Mr. Willis, too many 'I's.”
Posted by Louis A. Willis at 00:01