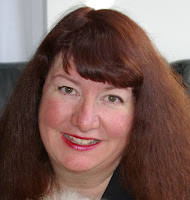 Posted by Melodie Campbell at 00:01 6 comments

How to Write Mob Comedies in your own Home Town, and not get Taken Out by the Family


by Melodie Campbell
Land of Ice and Snow, Smoggy Steeltown, and the Italian Mob
Or…
How to Write Mob Comedies in your own Home Town, and not get Taken Out by the Family

It all closed in on me at the launch of THE GODDAUGHTER mob caper in Hamilton. Eighty-five people stood waiting.

The local television station had cameras in my face.  So far, it had been an easy interview focused on my awards and comedy career. The fellow was charming.  I liked him a lot.  Then he dropped the bomb.

“So…have you ever met a member of the mob?”

“Yes.” I said, very precisely. So precisely, that everyone in the room laughed nervously. “In fact, I had to wait until certain members of my family died before getting this book published. ‘Nuf said.”

The ‘nuf said’ was the closure.  He got it.  Being a smart lad, he even let it drop.

Because frankly, I was speaking the truth.  I did wait until certain people died.  Some of them were in Sicily, but more were in Canada.  Some even died from natural causes.  (“He died cleaning his rifle” was an unfortunate family expression, meaning something entirely different, if you get my drift.)

This made me think about how close you want to get in a book to real life.

As writers, we research a hell of a lot.  Of course, I did research for The Goddaughter series.  Some of the study was pretty close to home, as I riffed on memories from my childhood.

My first memory is of a family reunion at a remote farmhouse in Southern Ontario. I was not quite three, and tears were streaming down my face.  Big scary uncles picked me up. They tried to console me by speaking softly. But I couldn’t understand them because they were speaking in Italian, or more specifically, Sicilian.

Those were the days of Brio and cannoli after mass on Sunday mornings.   And gossip about other relatives, one of whom was a famous boxer.  My aunt’s friend, the singer (one of a trio of sisters) who could not escape the clutches of a mob underboss in the States; he wouldn’t let her go.  I remember the aunts clamming up about this, when I ventured into the room looking for Mom.

I was a darling of the family, with dark curly hair and big evergreen eyes. Later, when I grew up curvy and was tall enough to model, they doted on me. So my memories of growing up in such a family are decidedly warped.

They were warm and loving.  Very witty.  Loads of fun.  And massively protective.

In the screwball comedy THE GODDAUGHTER REVENGE, you will find a mob family that is funny and rather delightful.  Gina loves them, but hates the business.  She is always trying to put it behind her, and somehow gets sucked back in to bail them out.  I wanted to show that ambivalence.  You are supposed to love your family and support them.  But what if your family is this one?

THE GODDAUGHTER series is meant to be laugh-out-loud funny.  But there is an adage that states: Comedy is tragedy barely averted.

No kidding.  I’ve been writing comedy all my adult life.

Posted by Melodie Campbell at 00:01 8 comments

Mess with me, Darlin'? Watch me Kill You with Words 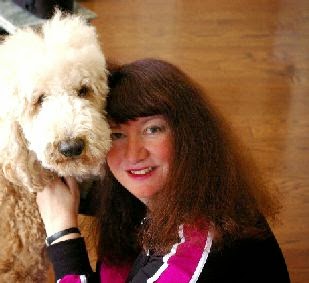 Here’s some news for all you sociopaths out there, and just plain nasties: Don’t mess with a crime writer.  We know at least twenty ways to kill you and not get caught.

My name is Melodie Campbell, and I write comic mob capers for a living. And for the loving. So I know a bit about the mob. Like espresso and cannoli, you might say they come with my Sicilian background.

This should make people nervous. (Hell, it makes ME nervous.)

But I digress. To recap:  the question offered here was:

Do you ever take out real life rage on fictional murder victims? Are any of your victims based on people who pissed you off in real life?

Oh sweetie, don’t I ever.

One of the joys of being a writer is playing out scenarios in your fiction that you dream about at night.  One of these is murder.  (The other is sex, but that would be my other series, the Rowena Through the Wall fantasy one.)

To the covert colleague who made out to be friends and then bad-mouthed me to the board at a previous job.

Yes, you got caught red-handed. I called your bluff.  But better than that, I made your mealy-mouthed sorry hide a star of THE GODDAUGHTER’S REVENGE.  Goodbye, Carmine the rat.  You live forever in fictional history.

He never will be missed.

To the sociopathic boss who undermined an entire department and got a kick out of making my sweet younger colleague cry: may you age like a hag and end up alone.  Oh wait – you did. And not just in A PURSE TO DIE FOR.

She never will be missed.

Oh, the joy of creating bad guys and gals from real-life creeps!  The crafty thing is, when you design a villain based on people you have met in person and experienced in technicolor, they sound real. Colourful.  Their motivations are believable, because they actually exist. No cardboard characters here!

Of course, I may fudge a few details to keep out of jail. Names and professions change. Males can morph into females.

Revenge is sweet, when coupled with royalties.

You can ignore that crack about 'fictional kills only.' Of course we’re only talking books; in my case, light-hearted murder mysteries, and mob crime capers.

That’s right: mob capers. Like I said: never mess with a Sicilian Goddaughter.

Melodie Campbell achieved a personal best when Library Journal compared her to Janet Evanovich.  Her fifth novel, THE GODDAUGHTER’S REVENGE, won the Derringer and the Arthur Ellis.  www.melodiecampbell.com
Posted by Melodie Campbell at 00:30 23 comments