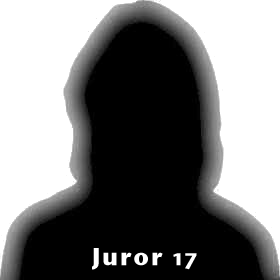 Imagine you’re a juror, the lone holdout in an infamous, deadlocked capital murder case. A person’s life is at stake. While not a legal expert, you have some idea of your rights and obligations: You take the job seriously, keep an open mind, don’t discuss the trial outside the jury room, and avoid news coverage of the case. While abiding by the rules, your privacy is respected by the court, your opinion is sacrosanct, you are protected from pressure outside the jury room, and you don’t have to explain yourself.

Now imagine a lawyer not only takes umbrage at your jury vote, he takes you to task. He singles you out, violates your privacy, digs into your past, reveals your facebook page to the press, all with the intent of forcing you to change your mind or forcing you off the jury altogether.

During the Casey Anthony trial, I followed the testimony closely, listened to courtroom arguments not permitted the jurors, looked at the evidence presented in the courtroom, saw items they did not, listened to the news reports, and followed on-line discussions through the eyes of Velma and her friend Sammy.

From my technical background, I knew the computer forensics was dead wrong and my considerably dated chemistry suggested the prosecution probably erred with their chloroform hypothesis: A spectroscopic blip of element chlorine could have come from either chloroform or easily obtained pool chlorine and the latter was in the family’s shed.

It’s highly probable both the prosecution and defense got the case wrong. Once anger toward Casey is set aside, the evidence makes a convincing case Caylee wasn’t murdered at all, but drowned in the family pool and Casey, already accused of carelessness by her mother, panicked. If that’s true, even if the jury reasoned incorrectly, the panel of twelve got the outcome right.

In contrast, I have not followed the Jodi Arias trial. Unlike the Anthony trial, it wasn’t local and no compelling mystery arose about who committed the murder. I have no reason to disbelieve the verdict, although a small but vocal number of ‘burning bed’ male and female supporters argue Arias didn’t kill out of a jealous rage, but– if she killed at all– justifiably rid the world of a pervert, pedophiliac, and domestic abuser, a theory denied by family, friends, and most importantly, other girlfriends.

Instead, another issue troubles me, that of jury intimidation, or rather intimidation toward one juror, a lone holdout, Juror 17. A backlash welled up from a number of sources: the prosecutor and his fans, death penalty supporters, bloggers sympathetic toward the victim, and the other jurors. Indeed, both the prosecutor and the other eleven asked the judge to replace one juror so they could reach a verdict.

Jurisprudence Without the Prudence

Consider that, ladies and gentlemen of the jury: a court being asked to ditch a juror to obtain a unanimous verdict, a kind of litigator do-over.

The state attorney argued because the woman had seen part of a TV movie about Jodi Arias and since her husband had been convicted of a felony, that she was prejudiced “with an agenda.” But the jury candidate had admitted all this at time of selection. Indeed she appeared to have been quite open.

In his frustration, the prosecutor went several steps further, singling out Juror 17 for investigation and presenting the woman’s facebook page in court because she'd 'liked' ABC News. Arguing this hinted at violating the rules, the state attorney petitioned the court to remove the juror. After the judge refused the prosecutor’s demands, an ‘unknown party’ released the woman’s name and facebook page to the press and public, and shortly after her home address and phone number. Following death threats, Phoenix police are protecting her while investigating.

The details of leaked documents suggest a source within the court system. The court clerk's office insisted it wasn’t responsible. The prosecutor also denied releasing documents and instead attempted to blame the defense (which made no sense at all) and admitted they were contemplating filing charges against the juror… once they figured out a legal angle. Such action would likely have a chilling effect upon jurors who might disagree with a prosecuting attorney in the future.

Legal scholars say the juror not only had done nothing wrong, she apparently did everything right: She answered the questionnaire and voir dire accurately, she was earnest and honest, and she refused to be intimidated. The lady said she regularly prayed about her decision and felt harassed by angry fellow jurors, furious that she couldn’t be swayed.

Legal reaction has been mixed to negative: Retroactively investigating a juror toward a stated goal of bumping her from the jury technically isn’t illegal, but violating privacy and attempting to intimidate could well be. Experts agree that in threatening her, prosecutors threaten the entire jury system.

What is your opinion either generally about the Jodi Arias case or more specifically regarding going after a juror who doesn’t fall in line with a lawyer’s expectations? You be the judge.
Posted by Leigh Lundin at 00:00 15 comments