1. What Not To Wear To A Murder Trial

File under too-weird-for-fiction.  You probably heard that former policeman  Drew Peterson was convicted of killing his wife, but did you hear about the odd thing about the jury?  They dressed  alike.  One day all business suits.  Another day sports Jerseys.  Sometimes red, white, and blue.  Apparently they were having a lot of fun, but does this show the proper attitude when judging a man  who is accused of murdering his wife?

Apparently the feeling during the trial was that no one could ask them about it.  "If they came in wearing T-shirts saying 'Drew's Guilty,' it'd be different," said one attorney.

2. Encounter with Number 6.
I recently met a writer named Stephan Michaels.  Naturally I took a peek at his web site and found a terrific piece about his friendship with one of my favorite actors, Patrick McGoohan.  For any fans of Secret Agent or The Prisoner, I highly recommend it.

As we walked back to our cars, Patrick asked if I thought I’d ever have any real money, and - as I had already confessed to being a bachelor - if I thought I’d ever get married. I answered optimistically to the first and shrugged off the latter. The valet pulled up in his silver BMW and Patrick offered that he and his wife had been married for forty years. “And do you know why it works? Because we don’t agree on a thing!”

3.  Satire by the Illiterate

This has nothing to do with mystery fiction, but if you love great writing, oh my, invest a few minutes. After the Civil War ex-slave Jordon Anderson apparently received a letter from his old master inviting him to come back to the plantation and work for wages.  For those who still maintain that slavery was Not So Bad (such people do exist) his response is a cold dose of reality.  Anderson was illiterate; he dictated lis letter to an abolitionist friend.  Be sure to read the last sentence. 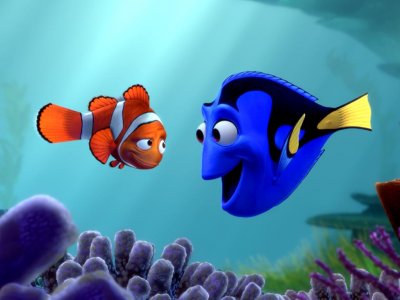 Pixar is one of the most successful animation studios in history. Their rules for successful  storytelling are a lesson for us all.
Posted by Robert Lopresti at 00:04 5 comments