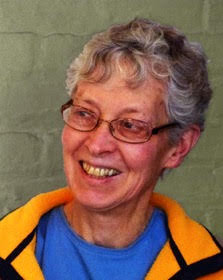 Today, on the Ides of March, I’d like to welcome Janice Law, SleuthSayers emerita, mystery writer and painter, to guest blog. Janice was nominated for an Edgar Award in 1977 for The Big Payoff, her first Anna Peters novel. And in 2013, she was nominated for the Lambda Literary Award for Gay Mystery for Fires of London, the first in her Francis Bacon series. She won that award the following year for its sequel, The Prisoner of the Riviera. She writes frequently for Ellery Queen’s Mystery Magazine, Alfred Hitchcock’s Mystery Magazine and many others. So, take it away, Janice.

(Many thanks to Paul D. Marks for kindly giving me his column space this week.) 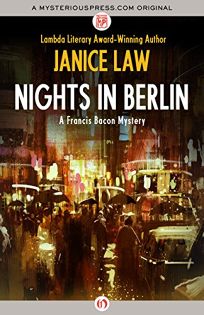 My family always insists that I don’t take advice. This is only partially true. I rarely take advice immediately, but that’s not to say that I reject good ideas entirely. Case in point: my new Francis Bacon trilogy, which debuts April 5 with the opening volume, Nights in Berlin.

And what is this good advice that I’ve taken? To revise a character’s age downward. I did not do this with my former detective, Anna Peters, who retired with her bad back in her early 50’s. But I have now reset Francis’ age, from forty-something in Moon over Tangier, back to seventeen.

I had a couple reasons for doing this.

By the time he’d reached his early forties, the historical Bacon was on the verge of being both rich and famous, and some of his less pleasant, and more destructive, habits were going to become prominent. More important, he had lost Jessie Lightfoot (Nan in the books) and she, along with a knowledge of painting, was crucial to my understanding of his personality.

Characters one invents are almost by definition comprehensible. They may or may not be the fascinating, successful creations we all hope for, but the chances are good we’ll feel we understand them. If we don’t, if the character doesn’t in some way “make sense” to us, he or she will surely wind up in the out-take file or scooped up and eliminated by the handy delete button.

Historical figures are another matter. They are known, sometimes to the general public, sometimes only to specialists, but either way there certain irrefutable facts and circumstances about their lives that must be respected. To be honest, some of these facts are awkward. I personally love country living and all animals. Not so Francis. Music is important to me; Francis was tone deaf. And then there is his sexual preference – promiscuous gay sadomasochism – and his affection for the bottle.

Clearly, if one is going to write about a character this far from one’s own tastes, interests, and experience, a character, moreover, whose biography is known and available, one must find a way into his personality. My entrance to Francis’ psyche were via Nan (my mom had emigrated as a nanny and I grew up on a big estate that employed one) and his art (I’m a keen semi-pro painter).

With those two anchors, I’ve been able to navigate my fictional character’s taste for city life and rough trade, not to mention his reckless genius. Still, by the time I finished Moon over Tangier, I felt that the character I had been following for a dozen fictional years was complete, and I was ready to end the series.

But some interesting facets of the man’s life remained, especially his decision to close a reasonably successful design business (one capable of supporting both himself and Nan) and to embark on the precarious path of serious painting. That decision could, I saw, be the finale of a new trilogy. 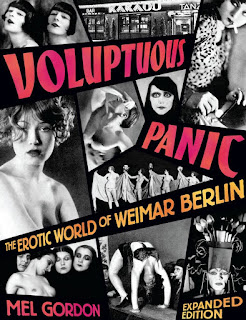 What about the 600 or so pages needed before I could get to that point? Here, the real Francis’personal history came to my rescue. As a teenager and young adult, he lived in three different cities, each at a crucial and fascinating time: Weimar Berlin, where he was taken by a peculiar uncle – my character Uncle Lastings is, aside from his sexual habits and the circumstances of the German trip, a total invention; Paris at the end of the Roaring Twenties; and London in the Thirties after the party stopped.

Berlin and Paris were extremely important for the real painter’s later development. Bacon never went to art school and what little formal instruction he had in oil painting was picked up from one of his lovers. But in Berlin, he saw the cutting edge European art of the moment, Bauhaus design, Expressionism, Dada, and the New Objectivity as German artists struggled with the machine age and the devastation of the world war. For a young gay man, it also didn’t hurt that Berlin was liberated sexually in ways undreamt of in England.

Paris, like Berlin had galleries and new art, most importantly for Bacon, the works of Picasso, as well as the great public museums. Surrealism was in the air, and writers and artists from around the world had come to work – or to live the artistic life – in the metropolis. As for London, the art scene was tame compared to the excitements of the Continent, but London was, first and foremost, where his heart was. All his artistic life Bacon had trouble working anywhere but in the city along the Thames: he was a London man first and foremost.

Of course, three novels, even short ones, about the making of a painter are not going to set mystery lovers’ hearts a-flutter. Fortunately, history as well as biography now comes to the rescue. Berlin had gangs both fascist and Red; an enormous vice industry, fueled by the collapse of the post-war economy, plus public and private violence and misery of every sort. 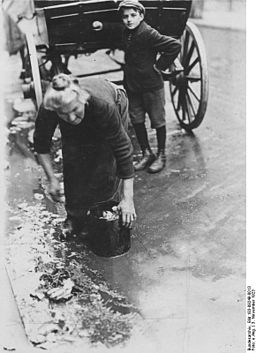 Paris had rich foreigners flinging money around and indulging their whims, while poor foreigners scraped for a living and struggled to recover from wars and revolutions further East. The underside of Parisian artistic creativity was imaginative larceny, including successful attempts to sell the Eiffel Tower. As for London, by the mid-Thirties, the city saw Hunger Marchers, waves of homeless, desperate immigrant Jews, British fascists like the Black Shirts, and ever-increasing fears of yet another war.

Who could let all this go to waste?

I declared Francis seventeen again and started Nights in Berlin.