How Low Will You Go?


by Steve Liskow
Over the last two weeks, I've joined several other Connecticut crime writers on two podcasts from the Storyteller's Cottage in Simsbury. I've touted the venue before and love working with them. Now they're trying to keep their programs for writers functioning during the shutdown, and Lisa Natcharian invited several of us to discuss villains in our stories. I'll post the link to the podcast when it's edited and live, probably sometime in May.
Lisa came up with some provocative questions, and the topic for today is "How much evil can readers tolerate and how do you decide when to rein in a dark character?"

Her question made me look at my own writing again. I've sold nearly 30 short stories (a good week for Michael Bracken or John Floyd), and about half of them are from the bad guy's POV or have her/him getting away with it. Most of those stories involve revenge or poetic justice, and I seldom have a REALLY horrible person go scot-free. The comments on my website and Facebook Page indicate that readers like those stories, and some are among my special favorites.

Revisiting my novels, I was surprised to find how nasty some of my villains are, probably because I've worried lately that both my series characters are becoming more domestic in their private lives. Maybe I've done that unconsciously to contrast the "normal" and the dark side. But when I look at the bestseller lists, it's not just me.

If you look at those lists, you'll find Lee Child, Michael Connelly, Karin Slaughter, Meg Gardiner, Lisa Gardner, Laura Lippman, S. J. Rozan, Robert Crais, Stephen King, Harlan Coban, Tana French, Dennis Lehane, Don Winslow, Alison Gaylin, and a slew of other excellent writers, all of whom go deep. When I think back to the 90s, maybe the first book and film to come to mind is Silence of the Lambs, which presents two twisted villains.

I don't remember the last time I saw a cozy mystery on the list.

One of my undergrad history professors from days of yore said the best way to understand the minds and values of a civilization was to look at their popular arts. Plays, music, stories. . .

Remember, in Shakespeare's time, his most popular play was Titus Andronicus, which I usually describe as The Texas Chainsaw Massacre in blank verse. It was a time of political turmoil, and his plays reflected that. 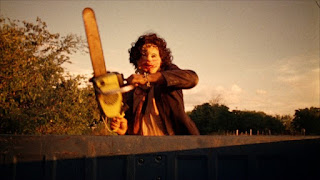 One of the other writers on the podcast said her readers know she won't get violent and won't use much profanity. Obviously, if you write cozies, your body count is lower. She doesn't read my books because she thought one of my covers was objectionable. 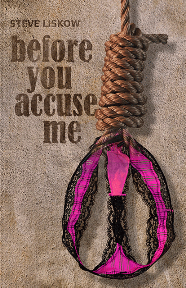 Maybe my readers want darker stories to help them cope with the real world, the way we tell ghost stories around the campfire. Remember Shakespeare's observation in King Lear:  "The worst is not/ So long as we can say, 'This is the worst.'"

Think of the Brothers Grimm, too. The original version of Cinderella involves the wicked stepsisters cutting off toes to make their feet fit the glass slipper, and birds pecking out those same stepsisters' eyes on their way to and from Cindy's wedding. The Greek tragedies wallow in gore.

Ditto slasher flicks, like Halloween and Friday the 13th. 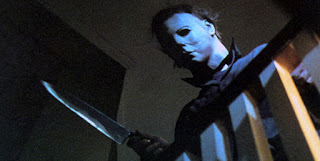 We want to go waist-deep in the big bloody. Aristotle talked about catharsis. Maybe he's right. Maybe we've always been enticed by the horrific and crave a release. Maybe my history professor was right, too.

My most recent novels involve a serial killer who leaves the bodies of street people in abandoned buildings in Detroit, a cold case involving five people murdered in a home invasion, and a serial rapist. I think that as I watch the current social and political situation deteriorate, my inherited pessimism has become even stronger and it's coming out in my writing. Or maybe I do it to show that my life is nowhere near as bad as that of my characters. All I know is when I sit down at the keyboard, this is what comes out. 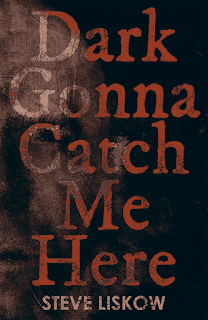 The book I'm vaguely resurrecting has a main character who is an alcoholic with an abusive husband, and I re-discovered things that excited me when I re-read scenes I had forgotten long ago. My last few short stories are darker, too. As long as people buy them, I'll keep going because people seem to need them.

When do I rein these characters in? I don't.

What's in YOUR holster right now?
Posted by Steve Liskow at 00:01 7 comments