A Question of Grammar

In the course of a misspent life, I've noticed that words are tricky things. Slippery. Even though most people think they know exactly what words mean, what a passage means, what this SAYS - well, maybe not. There are two main reasons for this:

(1) We all interpret everything we read, hear, or say through the filter of our own separate minds, and we can never QUITE get across what is in our minds. 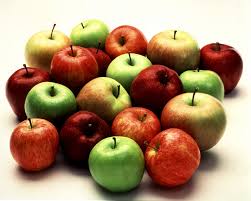 EXAMPLE: I taught (briefly) a creative writing class, and the first exercise I did was say words, and have everyone write down the image it conjured in their minds. Then we compared images. "Apple" was represented by Golden Delicious, Red Delicious, Granny Smith, the Apple record logo and, of course, the computer. So much for precision in language - choosing the exact word that everyone will understand the same way...

(2) The actual grammar of language, learned as infants, coded almost into our DNA, leads to far more ambiguity than anyone ever talks about.

I have a lot of examples for the second one, which I personally think is very important. Some of it comes from when I put myself through undergraduate school by teaching ESL classes. I taught Koreans, Chinese, Japanese, Brazilian, Vietnamese, and Puerto Rican students, and in the course of teaching them English, I learned a lot about my language, their languages, language in general. 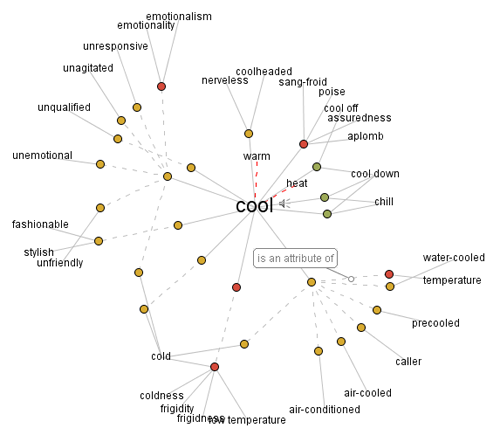 English has the largest vocabulary on the planet, because we have incorporated, adopted, and stolen words from every culture we've run across. This gives us a huge array of nouns, verbs, adverbs and adjectives to choose from. So many, that foreign students often got fed up. Just take a look at Roget's Thesaurus some time to understand why.

English has an obsession with time. Most languages make do with simple present, simple past, simple future, conditional past/conditional future (woulda/coulda/shoulda), and the imperfect past (the way things USED to be). English laughs at that simplicity, and slices and dices time until we swim like a fish in a multi-dimensional chronology that we take for granted. The prime example is that English (as far as I know) is the only language with three - count them, THREE - present tenses: I do. I do that often. I am doing it right now. I eat. I eat here often. I am eating. Drove students crazy, and they usually just stuck to the simple present, because they could never figure out the others.

But English is sweet when it comes to nouns, because we don't gender them. ALL our nouns are gender-free. The book; the chair; the woman; the man. All European languages, of course, decline nouns (changing the end depending on where it stands in the sentence) and they also gender nouns - they are male, female, and (sometimes) neuter. What this means is that the pronoun you use after you use the noun must match the gender of the noun. This is a piece of cake in English: I took the book to the library, where I gave it to the librarian. But in French, it would be I took the (male) book to the library, where I gave HIM to the librarian. Well, what's the big whoop about that, you might ask? Allow me to provide an example where changing the pronoun changes the meaning:

Or, to translate it literally from French to English [my emphasis added], "In the beginning was the Word, and the Word was with God, and the Word was God. SHE was in the beginning with God. All things were made by HER, and nothing of what was made was made without HER. In HER was the life and the life was the light of men. The light shone in the darkness, and the darkness did not receive HER."

A slight difference. With implications. For one thing (aside from all questions of faith or Catholic doctrine) I think it helps explain the Cult of the Virgin Mary, and the concept (later doctrine) of Mary as Mediatrix of all the graces.

On a lighter note, my favorite example of differences in translation:

"Blessed are the meek, for they shall inherit the earth" (KJV, Matt. 5:5)
"Heureux les débonnaires, car ils hériteront la terre!" (Louis Segon, MAtt. 5:5)
Let me assure you, les debonnaires are not the meek... they are the good-natured, the easy going. THEY will inherit the earth, at least in France!

Pronouns matter; words matter; grammar matters. Think about that the next time you read a Maigret, or a Steig Larsson - or the next time someone tells you, "just do what it says."


PS:  By the way, the fact that all of the quotes above are from the Bible is in no way deliberate - it's just that the Bible has about the only books that I've read both in French & English.  Almost all the other books that I have read in French, I have only read in French.
Posted by Eve Fisher at 00:01 6 comments