My name is Paul and I’m a film noir addict.

If I don’t get my fix of noir “I feel all dead inside. I'm backed up in a dark corner, and I don't know who's hitting me.”*

Fodder for another piece is why I’m so addicted to noir. For this piece I want to talk about a specific sub-genre of noir, the returning veteran. My latest book, Vortex (released 9/1), comes under this category.

The story originally went to a different publisher, a publisher of mystery-thriller novellas. 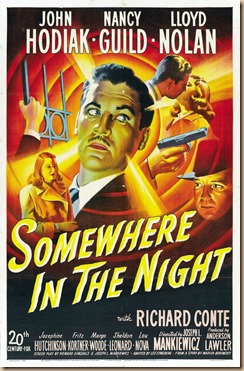 Unfortunately they went belly up. But in talking with that first publisher, my pitch was to do a story—homage might be too strong a word, but yeah, let’s call it an homage—about a vet returning from the war in Afghanistan a la some of the classic film noir movies like Somewhere in the Night, The Blue Dahlia (written by Raymond Chandler), Ride the Pink Horse, and Act of Violence, etc., and books like David Goodis’ Down There, whose main character had been one of Merrill’s Marauders, or from later, Dog Soldiers by Robert Stone and James Crumley’s The Last Good Kiss, both inspired by the Viet Nam War. 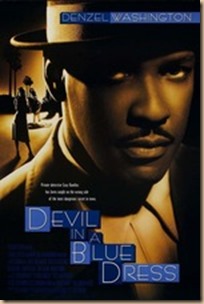 My favorite short story of any genre is Hemingway’s Soldier’s Home, about a disaffected WWI vet returning home and how he can no longer relate to anyone or anything. Close to that is Mayday by Fitzgerald. Both were written in the aftermath of World War I. Neither could be classified as noir, but they have a sort of hopeless noir sensibility.

When the vets in all of these stories come home it’s usually not all mom and apple pie.

There are arguments in some circles as to whether film noir is a post war movement or whether it was a result of (mostly) homefront conditions during the war. I think both sides are right, but ultimately I don’t think it matters. For me, the quintessential film noir is Double Indemnity, which came out on September 6, 1944, almost exactly 71 years ago from today. As the war still had a good year and half to go, this would preclude it from being a post-war movie.
But, of course, the Neff charac 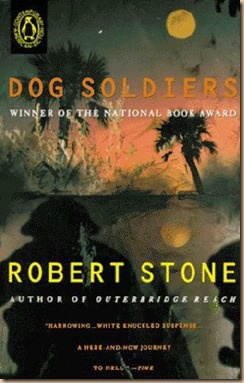 ter (Huff in the book) is not a returning vet. Still, this film is (for me) the pinnacle of all noir movies and the jumping off point for the true noir cycle. Then, with the war ending, came a string of movies about returning vets, including those mentioned above. But not all were noir. The Best Years of Our Lives, Till the End of Time and others dealt with the difficult adjustments many vets faced on returning home in a non-noir way.

The war changed American society in a variety of ways. We lost our innocence as a country. Soldiers had seen things no one should have to see. Many came back cynical. Black soldiers came back wanting full rights for the country they had fought for. Women, Rosie the Riveters, weren’t so sure they wanted to be only housewives anymore.

And the Hells Angels motorcycle club (gang) was formed in Fontana, California (not far from LA, the noir capital of the world), in 1948 (just three years after the war) by disaffected World War II vets.

Many soldiers came back from the war who, if not physically wounded, were psychically wounded. Shell shock, combat fatigue, PTSD, “invisible” diseases but diseases that, nonetheless, tear at a man’s soul. Soldiers coming back from Korea were “forgotten,” those returning home from Viet Nam were often called “baby killers”. Those coming back from Iraq and Afghanistan are often depressed and alienated. One recent study says that roughly 22 veterans commit suicide every day, more than any previous generation of war vets.

It’s from there that the creative process began and I started to create characters and situations in Vortex. Call it an updating of the returning war vet noir genre. 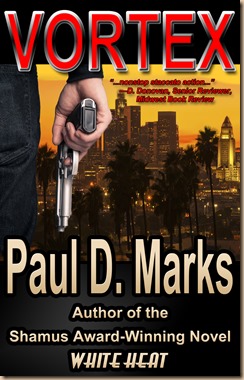 Vortex is the story of Zach Tanner, a recently returned Afghan war vet, who finds more trouble here than there. In his words, he went to “hell and back and back to hell again,” upon returning home. But that latest hell is one of his own making. A quagmire of quicksand that he’s sinking deeply into and struggling hard to get out of. And that predicament is fueled by his own greed. He’s also bringing his girlfriend, Jess, down into the mire with him. They’re on the run, careening down Sunset Boulevard and Pacific Coast Highway, being chased by a flashy red Camaro, when Jess says to him:

“What’re you doing?” Jessie said, clutching the handhold.
“We have to get out of here.”
“Talk to them, Zach.”
“We can’t go back, Jess. Don’t you understand, they’ll kill us.”
“They’re your friends.”
“Yeah.” The first rule of war is know your enemy. And I knew mine, too well—or maybe not well enough.

They’re on the run—from Zach’s best friends, or should I say former best friends. And now it’s up to Zach to get himself and Jess out of trouble, while at the same time trying to make sense of a world that has changed radically for him. A world that he now perceives differently because of what he saw and did in the war.

Zach and Jess are part of a generation that’s grown up on unreal reality shows that give them a false expectation of what success is and how to achieve it. A generation that watched the Bling Ring climb to fame and success by breaking into celebrities’ homes and stealing from them. And though some got minor  punishments they also got movies made about them and a couple starred in their own “reality” shows. That’s the quick and easy way to the top of the American Dream that many of Zach’s friends feel entitled to. They fall out when Zach realizes that getting something for nothing isn’t meaningful and when he wants more meaning and purpose in his life now.

Unfortunately, that’s what Zach’s friends still want when he returns home, that quick ride to the top at any cost. But after recuperating for some time in a hospital with plenty of time to think it’s no longer what he wants. Still, he’s part of their plan and even though he wants out, like quicksand they pull him in and under and won’t let him escape.

But what is escape? Zach and Jess hide out down at the Salton Sea, in the desert near Palm Springs. A once promising resort community that’s now dilapidated and going to hell, the underbelly of the American Dream. Built to be a waterfront paradise, it’s now a wasteland of dead fish and dead end streets.

As Zach, the narrator says, “The American Dream crashed and burned right here at the Salton Sea.”
And that’s where Zach finds himself. Now he must extricate himself from a mess largely of his own making and find some kind of equilibrium in a changed world. Will he?

I hope Vortex does a decent job of carrying on the returning war vet sub-genre.  I think these two quotes from Robert Stone and Ernest Hemingway epitomize that genre, even if they’re not noir per se.

“At first Krebs...did not want to talk about the war at all.  Later he felt the need to talk but no one wanted to hear about it.” ―Ernest Hemingway, Soldier’s Home

“If you haven't fought for your life for something you want, you don't know what's life all about.” ―Robert Stone, Dog Soldiers