This is the third installment in my occasional stroll through the calendar.  Enjoy.

July 31, 1904.  David Dresser was born on this date.  You probably remember him as Brett Halliday, the creator of Miami private eye Mike Shayne.  His first novel was rejected more than 20 times, but he went on to write 30 books, which were adapted for radio, TV, and a series of movies.  He stopped writing in 1958 but authors labelled "Brett Halliday" went on to write many more books about Shayne.  Until I was researching this I had no idea that the excellent movie Kiss Kiss Bang Bang was inspired by one of his books.

July 31, 1930.  The Detective Story Magazine Hour began broadcasting on radio today. This is mainly significant because of the show's announcer, a sinister presence played by an actor whose identity was kept firmly hidden.  He was known only as The Shadow and proved so popular that he spawned his own show, a magazine, and tons of novels written by Walter B. Gibson.  Bwaa ha ha!

July 31, 1940.  The British magazine The Sketch published "The Case of the Drunken Socrates" on this date.  It was part of a series of stories about a Czech refugee detective which Eric Ambler wrote while waiting to be drafted into the army. (Notice the title of the book that collected the tales.)  Of course, Ambler was much better known for his espionage thrillers.

July 31, 1948.  The issue of Saturday Evening Post with this date featured the first installment of The D.A. Takes A Chance, the next to last novel Erle Stanley Gardner wrote about district attorney Doug Selby.  Alas, the prosecutor was never as popular as that other lawyer Gardner created, the defense attorney whose clients always turned out to be innocent.

July 31, 1951.  On this date Mr. and Mrs. Rackell came to Nero Wolfe to seek the murderer of their nephew.  "Home to Roost" is probably the high point of Rex Stout's literary attacks on American Communists.  You can find it in his collection Triple Jeopardy.

July 31, 1975.  On this date the movie Bank Shot was released.  It starred George C. Scott in the unlikely role of Donald E. Westlake's hapless burglar John Dortmunder.  (Okay, his name was changed to protect the guilty.)

July 31, 1986.  Stanley Ellin died on this date.  He was one of the greatest author's of mystery short stories ever.  If you don't believe me, try "The Specialty of the House," "The Payoff," or "You Can't be a Little Girl All Your Life."

July 31, 2001. This date saw the publication of Nightmare in Shining Armor, part of Tamar Myers' series about a shop called the Den of Antiquity.  I haven't read it, but I'm guessing it's a cozy.
Posted by Robert Lopresti at 00:00 8 comments

The Good, the Bad, and the Positive 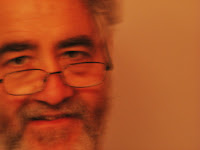 When I was in college I took a course in film studies and one day the professor talked to us about bad movies and good movies.  Specifically he said that a good bad movie was better than a bad good movie.
If he defined his terms I don't recall but I think we can get the gist of it.  A bad movie is mere entertainment.  A good movie is about something besides the plot.  It has a message, a theme, a view of the world.  And my professor was saying that a good bad movie - one that "merely" tries to entertain and succeeds - is a better flick than one that tries to change your life and fails.
I realize that some of you are even now composing messages that argue with pretty much every word in the paragraph above.  That's fine.  But let's kick the idea around a bit.
One of the problems, of course, is that a well-done piece of "mere entertainment" is probably as carefully thought through and layered as the allegedly deeper "good" movie.  The first Star Wars movie, for example, is a great popcorn flick but George Lucas certainly knows his Joseph Campbell and the archetypal Hero's Journey is baked solidly into the film's DNA.

Or take Psycho, which I imagine we would agree with the professor is a good or even great, bad movie.  Hitchcock himself described it as a fun movie, like a trip "through the haunted house at a fairground." But perhaps unlike  many of the thousands of slasher films that it inspired, there is a lot of meaning bubbling under the surface.
For example: next time you watch it, starting from the very first scene watch for references to parents, living or dead, who impose on and  distort the lives of their children.  You will find that this is mentioned several times before the Bates Motel looms up on the dark road.  Someone - Robert Bloch who wrote the novel, or Joseph Stefano who wrote the screenplay, or director Hitchcock - went to a lot of trouble to put these nuggets in.  Is it establishing a theme, as the creators of "good movies" might call it, or merely increasing suspense through foreshadowing?  Or is that a distinction without a difference?

Of course, you can argue that every movie has a message.  Jim Britell noted that "the message of most American movies is that only Batman or Clint Eastwood can go up against Mr. Big."  Not very empowering.

In the world of fiction as opposed to film, the distinction is likely to be called genre fiction versus mainstream fiction (or even just "literature.")  Crime fiction, the reviewers will tell us, is just entertainment, with no deeper message.
Or is it?
Let's take Rex Stout's Gambit, which is a standard whodunit (with one exception that we will get to).  In the first scene private detective Nero Wolfe is burning a copy of Webster's Third International Dictionary in his fireplace.  His main objection is that the book is descriptive rather than prescriptive.  That is, it tells you how words are being used, not how they should be used.  Then a client arrives and we move into a murder investigation and the dictionary is not mentioned again.
However...
All the characters we meet in the book have a strange relationship with the idea of knowledge.  Some insist vehemently on something they know, which turns out to be wrong. ("I know you!" snaps Inspector Cramer, completely misinterpreting Wolfe's motives.) The enchanting beauty of one character,  who is by no means stupid, is twice described as being related to her giving the impression of knowing nothing.  Others have important information but don't know how to use it.  The murderer misuses specialized knowledge to commit the crime.
The unusual thing about the book is  that Nero Wolfe knows the identity of the murderer with almost a quarter of the novel left.  What he does in the last chapters, and what makes him the hero, is figure out how to use the knowledge he has acquired in order to defeat the bad guy.
In short, the entire novel is a polemic against that dictionary, pointing out that knowing something (like the meaning of a word) is not enough.  You have to know how to use what you know.

One more example.  Good Behavior is one of Donald E. Westlake's best comic crime novels.  In it, his hapless burglar, John Dortmunder, organizes a major robbery in a skyscraper  but his real purpose is to rescue a nun who is being held prisoner in the penthouse.
Or putting it another way: like any fairy tale knight, his quest is to rescue a maiden from a tower. "She'd have to let her hair down a hell of a distance, wouldn't she?" Dortmunder muses.
And once you notice that fact, images of chivalry pop up in the book with great regularity.  (The villain is a wealthy industrialist named Ritter... as in Knight-Ritter?)
Would we say Westlake is trying to do more than entertain, or that his thematic elements are simply one of the things that makes the book such fun?  And again, does it matter?
I'm going off on a tangent now.  On rare and wonderful occasions something I have written has received a review.  People will ask me whether it got a good review.  I usually respond (if it is true) that it received a positive review.  Which is not the same thing.
A good review is one which  allows the reader to accurately  decide whether the book/story/movie is one they would enjoy.  That is not quite the same as a positive review.

Several decades ago I read a newspaper review of Douglas Adam's first novel, The Hitchhiker's Guide to the Galaxy.  It was a negative review.  The critic basically said that this was a patheitic example of what passed for humor in science fiction.  To prove his point he included several examples of the alleged humor.
I read them and when I managed to stop laughing I said: "I need this book immediately!"  The review was not positive, but it was good - because it told me that 1) the critic had no sense of humor, and 2) Adams was brilliant.
And that's all I have to say, which is good.  I'm positive.
Posted by Robert Lopresti at 00:00 7 comments