The Wickedest Woman in the World


by Leigh Lundin
Ever see the movie Gaslight? Based on the play by Patrick Hamilton, the British version came out in 1940 followed by the North American version in 1944. Gaslight, as you know, entered the vocabulary meaning psychological torture against another made vulnerable by love. Dante should have created a subcircle for those who destroy people who love them. We’ll come back to playwright Patrick Hamilton shortly.
Distaff Defense

When a client is a woman, defense teams try to jury-select as many men as possible. Men tend to be far more sympathetic toward a woman killer than do other women. It’s been said women aren’t as easily fooled by their own sex.

Sometimes I’m susceptible, I admit it, but I like to think logic and rationality provide the best hope to resolve cases. For example, a careful look at the evidence– at times presented in twisted ways to the jury– suggest Casey Anthony did not kill her daughter. More likely, chlorine findings intimate the little girl drowned in the family pool and Casey panicked.

On the other hand, who can doubt Jodi Arias didn’t murder her boyfriend? Yet, even after her admissions, some guys continued to contend it was all a mistake. Fanboys insisted she ought to be pardoned or at least paroled. Neither Arias, Anthony, nor anyone else should face execution, but come on guys, grow brain cells. 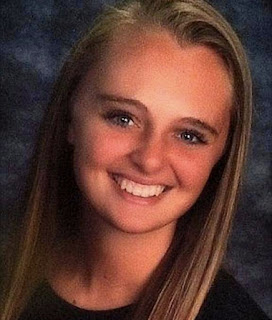 Now we have Michelle Carter. Over time she encouraged and manipulated a vulnerable boy into suicide. This boy trusted her; he deeply believed she held his best interest at heart. In actuality, she held his life in her hands and she, intoxicated with the power and drama, crushed it like an empty cigarette pack.

This past week, she was found guilty of involuntary manslaughter and released by the judge on bail pending sentencing… if any.

Impassioned articles calling for her unconditional release have appeared across the spectrum. Editorials argue she’s “a young, impressionable girl,” she’s a child, she’s an innocent, she didn’t mean it and besides she’s just too cute to kill.

The judge was astonishingly sympathetic toward her, but that didn’t stop critics insisting he should have dismissed the charges or thrown out his own verdict. Some have followed lawyer Joseph Cataldo’s lead by suggesting she is the victim, brainwashed by a suicidal boy. 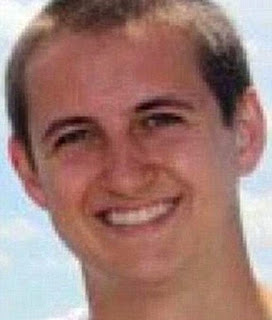 Cataldo, along with conservative outlets such as National Review and Hot Air, further argues her whispers of death should be protected by the First Amendment. By that reasoning, a spouse who hires a hitman to kill their mate could claim protected free speech. Once on that slippery slope, what would preclude a mafia don from claiming orders of murder-for-hire to underlings should be protected too?

The main difference is Michelle Carter cut out the middle man and nagged her mentally enfeebled ‘friend’ to just ƒ-ing kill himself. After coming up with the idea of carbon monoxide poisoning, she dreamt up further ways for him to kill himself– hanging and bagging. For the drama, you know, the ooh and ahhs of classmates and the warm glow of hugs and Twitter attention and that lovely feeling of power over life and death.

One major assertion claims she can’t be a killer because she wasn’t present. Again, the spouse-hiring-hitman argument could be applied, but it’s simpler than that: She was in his head. Instead of commanding her own finger to pull the trigger, she commanded his. In his susceptible state, the lad followed through, an instrument of his own demise.

Give a Girl Enough Rope…

Michelle Carter’s plotting reminded me of another classic play and crime movie again by Patrick Hamilton, the same playwright who wrote Gaslight. Film fans will recognize Rope as the innovative Hitchcock suspense. Inspired by a true story, students experimentally kill a friend, arrogantly believing they’ll get away with it. 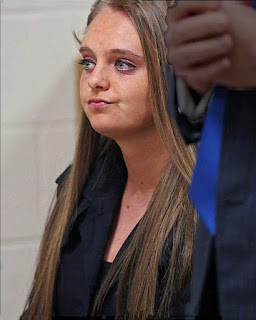 In a nutshell, that sums up Michelle Carter’s approach. The difference is she strangled no one; instead she manipulated her friend into killing himself.

That anyone could reach that depth of evil beggars imagination. Clearly she knew exactly what she was doing. Over hundreds of text messages, she cajoled, threatened, urged and persuaded her friend to take his own life. She gaslighted him.

Part of me argues she was only 17 then, intelligent but immature, that she lovingly practiced assisted suicide. But then I reread the transcripts of their cell phone records. She lied to the boy’s mother, his sister, her own friends, the police, and the boy himself. She admitted he’d be alive if it weren’t for her.

She’s young, so she has plenty of time for redemption. That’s more than she gave her friend, Conrad Roy.

Children shouldn’t be tried as adults, and that includes her. Nonetheless, a possible sentence of zero time would be a terrible miscarriage of justice.

What is your take?