FYI, I am not a screenwriter. I'm just a short-story writer who loves movies and has always been interested in the way they're written and made. And one of the things I have observed is that any discussion of screenwriters eventually includes the name William Goldman (Butch Cassidy, Misery, Marathon Man, All the President's Men), and anytime you talk long enough about movies that are loved by just about everyone, somebody usually mentions The Princess Bride. 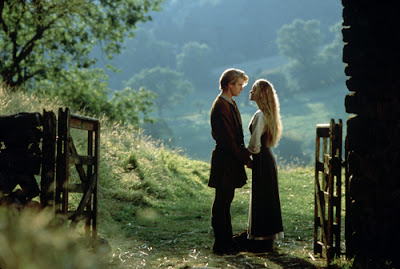 Goldman, who wrote the book and then the movie, once said, "I was going to California on a trip and I told my daughters, 'I'll write you a story; what do you want it to be about?' And one of them said, 'Princesses,' and the other said something about 'brides.' And I said, 'Okay, that will be the title.'"

As it turned out, the movie version of The Princess Bride became a classic, one of those rare films loved by viewers of all ages. I've probably watched it a dozen times, and it even has the approval of my wife and kids and grandchildren, who are sometimes bored crosseyed by my movie suggestions. TPB is unlike any other film I can think of, a weird combination of fairy tale ("Have fun storming the castle"), comedy ("Don't rush me, sonny, you rush a miracle man, you get rotten miracles"), love story ("Farm Boy, polish my horse's saddle; I want to see my face shining in it by morning"), revenge story ("My name is Inigo Montoya, you killed my father, prepare to die"), and adventure story ("You're trying to kidnap what I have rightfully stolen"). It features pirates, giants, wizards, torture, fire swamps, The Cliffs of Insanity, and R.O.U.S. (Rodents of Unusual Size). And another thing: The Princess Bride is one of those movies--among them The Silence of the Lambs, Jaws, Lonesome Dove, The Godfather, Cuckoo's Nest, No Country for Old Men, and Shawshank Redemption--that turned out to be as good as the novels and novellas from which they were adapted. That doesn't happen often.

A special treat for me was a book I acquired a few years ago called As You Wish: Inconceivable Tales from the Making of The Princess Bride, by Cary Elwes, who played Westley in the movie. If you're familiar with the story, you might remember that the phrase "as you wish" was the reply Westley always gave Buttercup anytime she asked him for something (like fetching a pitcher or filling a bucket with water or polishing her saddle). And because of that, in one of those moments that make good stories great, there was this exchange at the very end of the movie, when Peter Falk is about to leave after reading the story to ten-year-old Fred Savage:

The Grandson: "Grandpa? Maybe you could come over and read it again to me tomorrow."

The Grandfather: "As you wish." 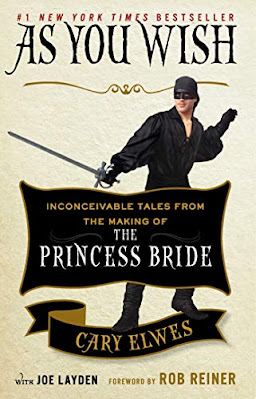 Anyhow, it's a delightful and educational book about the filming of the movie and about the actors and their roles. In case you don't know, or in case you've forgotten, here's the cast:

Andre the Giant as Fezzik

Peter Cook as The Impressive Clergyman

Peter Falk as The Grandfather

Fred Savage as The Grandson 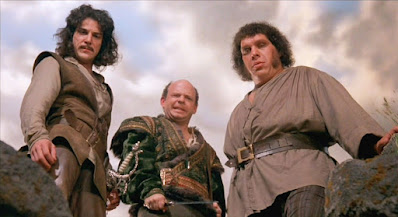 There's also plenty of interesting inside info about director Rob Reiner, screenwriter William Goldman, and the many ups and downs of trying to put the movie together. Here are a few excerpts from the book:

Rob Reiner: "So I went with Andy [co-producer Andy Scheinman] to Bill's [Goldman's] apartment in New York, and he opened the door and said, 'This is my favorite thing that I've ever written in my life. I want it on my tombstone.' And the subtext was, 'What are you going to do to it?'"

Robin Wright: "My theory is that they were so completely tired of meeting girls--I think I was the five-hundredth girl they saw--at that point they were like, 'Just cast her. Make her the princess.' . . . That was my lucky fate--they were exhausted."

William Goldman: "I remember turning to Rob and saying, "You're setting fire to Robin on the first day?! What, are you nuts? It's not like we can replace her!"

Mandy Patinkin: "It was 1986. My father died in 1972. I read that script and I wanted to play Inigo because my mind immediately went, If I can get that six-fingered man, then I'll have my father back, in my imaginary world."

Cary Elwes (on meeting Andre the Giant): "I remember Rob introducing us, and watching my fingers disappear when we shook hands, completely engulfed by a palm bigger than a catcher's mitt . . . His shoe size was twenty-four and his wrist was nearly a foot in circumference. Standing next to him, I only came to his belly-button."

You get the idea. The point is, if you like movies, and if you liked The Princess Bride, you'll enjoy this book.

Meanwhile, have fun storming the castle . . . 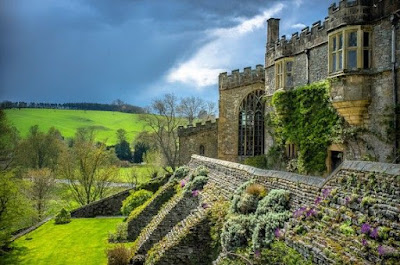