The Second Time Around

I'm a writer who's been fortunate enough to publish a fair number of short stories. And one of the best things about that is something that never occurred to me until after I'd been doing this for a while: a lot of published stories means a lot of opportunities for reprints. 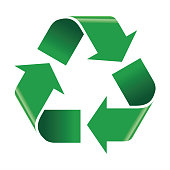 Unlike novels, short stories can be sold over and over again, if you take the time and trouble to find places receptive to previously published work. There aren't a huge number of those, but there are probably more than you might think.

It's easy to understand why some publications are interested in reprints. After all, "used," in this context, doesn't mean damaged or substandard. The words in stories remain the same--although they do occasionally show their age. And some of the best stories I've read are those that I wouldn't have seen at all if they hadn't been discovered by others and republished in another place. Sure, I enjoy opening up an issue of AHMM or EQMM or The Strand and reading a story that's never been seen before. I think everyone does. But I also like finding and reading anthologies of previously-published tales, some of those written by authors I know and some not. I've even met a few folks who say they prefer to read that kind of book because they know an editor considered those stories good enough to republish and redistribute.

On the marketing side, authors are aware that they usually can't sell a reprint as easily as an original story, or= expect to be paid as much when they do. But that's not always the case, and when you do sell one and get paid for it, you can certainly look at it as found money. How much were you making from it while it sat forgotten and aging like tobacco leaves on your hard drive? And even if you don't get paid again, you might consider it worthwhile just to get the extra exposure a reprint provides. Different writers have different opinions, on that.

As for publication rights, if the only rights a market has bought to your story is "first rights"--sometimes specified as FNASR (First North American Serial Rights)--then you automatically own and keep the reprint rights. I've also heard reprint rights referred to as "second rights," even though I understand that term also applies to its third or fourth or fifth reprint as well. I've had several of my short stories published more than half a dozen times after their original appearances, and every time that happened, my contracts stated that the publication was acquiring one-time "reprint rights."

Info from the sales manual

The usual way to sell reprints is to find possible markets, decide whether your already-pubbed stories might be a good match, and submit them for consideration. Some of these markets are magazines--especially online zines receptive to stories previously published in print only--and some are anthologies for which your story might fit the theme. Sometimes there's no way to know whether a market--mag OR antho--will consider reprints, but their policy on this is usually indicated in their guidelines. They might say "unpublished stories only," "original stories only," "no previously published work," "reprints considered," "reprints encouraged," etc. Strangely enough, most of the places to which I've sold reprints don't seem to care whether the original story appeared in a high-profile market or a lesser-known market. I suppose the assumption is, most people will not have seen the story, period, and if they did they probably won't remember it. In any case, if you submit a reprint you must be sure to include in your cover letter the fact that your story was previously published, and when and where. I usually include these two sentences: "This story was originally published in the July 1998 issue of Gone & Forgotten Magazine. Since they acquired first rights only, I hope you'll want to use it in a future issue of Here & Now Magazine."

One of the best ways to get a story reprinted, of course, is to have it chosen for inclusion in one of the annual "best-of" anthologies. That's something you can't control, but when it happens it's dancing-in-the-street time, and it's great in several ways: (1) It often gets your story wider exposure than the first time around, (2) it often earns you more money than you were paid for the original, and (3) it requires no effort on your part. But those out-of-the-blue bonanzas don't happen that often. When they do, you thank your lucky stars and hope it'll happen again someday. 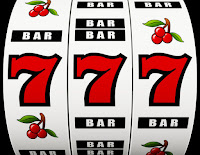 One question that was usually asked by those in my writing classes was How much do you have to change in a story to make it an original story instead of a reprint? Opinions vary on this, but I'm pretty strict about it. I think you have to do far more than just change a title and character names and place names, etc., to call an already published story a "new" story. I think the plot, as well as those other things I mentioned, must be substantially different in order for it to be considered a new and original story. In fact I have never even attempted to change an already-published story to the extent that I could call it an original. I once tried changing the names of all the male characters in a published YA story about a bunch of boys to names of female characters so I could market it as an adventure story for girls, and changed some things about the plot as well--but I still called it a reprint, and presented it that way. In my cover letter I said something like "A modified version of this story first appeared in . . ." To do otherwise would be unethical, if not dishonest, and I suspect that if you're ever caught doing it, you will have peed in your Post Toasties when it comes to future dealings with editors. In other words, don't do it. Write a truly new story instead.

For what it's worth, I've recently found several links that will consider reprints, and these have resulted in the sale of quite a few of my older stories. The first link is a bit outdated but still useful and the second is current. Both are good resources. I also occasionally find reprint markets merely by googling "short story reprint markets," "calls for reprint submissions," and so forth.

One more thing. I regularly visit the ralan.com site when I'm looking for reprint markets. (It's geared to SF/fantasy stories but also includes info on AHMM, EQMM, and other mystery markets.) After choosing one of the categories at the top of the page (pro, semipro, anthology), I type the word "reprints" into the search field so it'll highlight that part of every publication's guidelines as I click through the entries. They'll say either REPRINTS: NO or REPRINTS: YES. 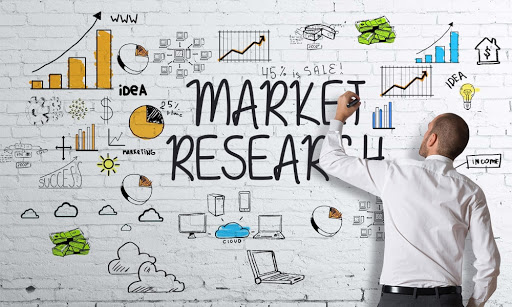 What do YOU think?

So . . . If you're a writer, what's your advice and what are your observations on this subject? Do you actively seek out targets for your previously published stories? Do you know of some publications that regularly feature reprints? Are there websites you visit regularly that can help you find reprint opportunities? Have you had any good or bad experiences when getting your stories reprinted in other publications? Have you had many stories selected for renewed life in "year's-best" anthologies? Let me know.

And that's that. Main thing is, don't just let those stories you've worked hard on sit idle after publication and become one-hit wonders. When the exclusivity period in your contract runs out--it's rarely longer than six months--get those stories back out there and into circulation.