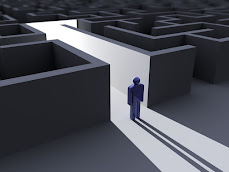 It was July 2017, and I needed to write a story. Sure, we writers have our creative urge, but I mean I really needed to write a story right darn then. An anthology deadline loomed, and you can’t get in if you don’t submit. That’s how it works. I’m a low-volume writer, due in shifting parts to life demands, a snail’s pace process, and inspiration deficits. Result: I’m rarely sitting on a hard drive stockpile of stories. What I would do, I would wrangle a long weekend off, drive the short hop to Muscle Shoals, and lock myself away to produce something. Please, something.

I’d planned to leave Thursday after work. Get settled in, steal a march on drafting the first pages. To paraphrase the great Satchel Paige, get the juices jangling. The problem was, I didn’t have one story inspiration. Not even a terrible one. For clarity, I’m not meaning story ideas. Those are premises or plot strands. Those come and go like gossamer, and like gossamer, most are best left alone. I’m meaning processed idea plus motivation, that sweet challenge worth the chase.

But premises can be great starting points, as can oddball headlines, personal experiences, deep sayings, and so on. Leading up to Muscle Shoals, I’d journaled lists of possibilities. Nothing jangled or did jumping jacks and shouted “Me! Me!” Writing by any method is grueling. Layer in not having a starting point. With three days to pull it off. Time pressure is usually a writer’s friend, my great clarifier. But time plus quality pressures do me in, the waiting for that perfect golden ticket. Gossamer in reverse, or how it felt in 2017, a ticking creativity bomb keeping inspiration from blast range. 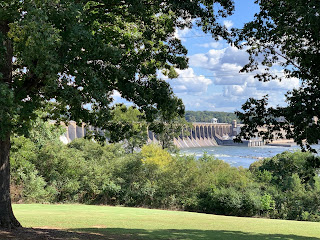 I don’t believe in muses. I do believe in process. That Thursday departure rolled around, and I determined to grit it out, come hell or high water. Or I guess not high water because, if you’ve been to Muscle Shoals, the TVA keeps the river level majorly locked down. All that impended ahead was the writing hell part.

The old saw goes that inspiration is everywhere. Well, if that was true, why was I leaving empty-handed?

Because the old saw is wrong. Inspiration is not everywhere. I’ve been lucky enough to spend several weeks across France. Those trips inspired me such that I have seven published stories that riff off those very places, especially the southern badlands. I’ve been equally lucky to spend similar time in the U.K and score life experiences while there. No stories even attempted based on those trips. I adore my pets but have never looked at them and felt a bolt of writing inspiration, only Facebook posts. I grew up in Louisville, but I rarely write about the town and never about basketball, which is pretty much what Kentuckiana talks about except the Derby or to ask where you went to high school.

I’m guessing you also draw inspiration from your own nature and nurture. If any of you are under constant inspirational avalanche, well done. Let’s hear your tricks. I operate more through slow build, the dreaded “having a project in view.” As an example, I have this story about Louisville and horse racing “in view.” It’s not forming together with any Secretariat-like speed. 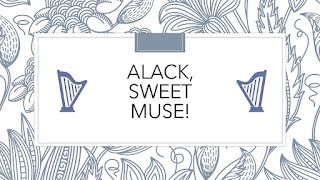 When I’m stuck on micro specifics, I try the opposite direction: universal themes and human questions. Mortality and the fear thereof, order versus mayhem, why people choose to commit crimes, obsessions and compulsions, the supreme ridiculousness of life, all that. Which I also did in July 2017, and still I had zero grip on a story as I packed for Muscle Shoals. Zip. Zilch, Nada. The ridiculousness of life grinned my direction.

Yet I am nothing if not punctual. I show up. So, late afternoon that July, I grabbed my gear and suitcase and headed for the car, that dread of missed opportunity setting in. I would drive that drive to Alabama, sit in that desk chair, and type writing exercises and room service menus until either I had juices jangling or heaved my laptop off the balcony. On my last stop out of town, bam, on the wall there was a half-painting, half-sculpture deal. Huge. Fine work, too, with clear talent that made a guy stop and study. Beneath it, a sign read:

ON LOAN FROM THE ARTIST 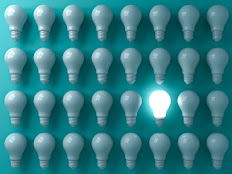 There went my mental gears. By the time I got back on the road, I had a premise about loans and artists. By the time my rear hit that Alabama chair, I had a rough story and an ending to shoot for. By the time I returned home three days later, I had a manuscript. By the deadline, an edited submission.

It didn’t make the anthology.

Such is this business.

But inspiration and my slow process abide, and when both hold, a reject gives me a chance at an even better story version. That re-edit of “Artist” is in the November/December 2020 AHMM. Four other sales to AHMM also were major re-edits of earlier misfires, same with almost half of my published stories overall.

Inspiration. It’s not easy and most definitely not everywhere. But if I keep showing up and plugging away, inspiration can be anywhere.